You've subscribed to Beaus of Brighten! We will preorder your items within 24 hours of when they become available. When new books are released, we'll charge your default payment method for the lowest price available during the pre-order period.
Update your device or payment method, cancel individual pre-orders or your subscription at
Your Memberships & Subscriptions
There was an error. We were unable to process your subscription due to an error. Please refresh and try again. 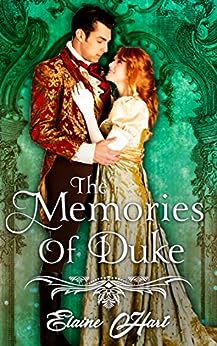 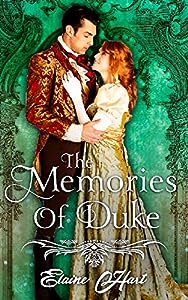 Book Mama
2.0 out of 5 stars Inconsistent
Reviewed in the United States on June 10, 2019
Verified Purchase
While this was a sweet short story it would have been better had it been more developed. The characters were all pretty wooden. the dialogue was very stilted and formal, not natural at all.

I know nothing of this author, but I hope that if she continues to write that she will improve as she gets more experience.
Read more
2 people found this helpful
Helpful
Report abuse

Emily Pennington
TOP 500 REVIEWER
5.0 out of 5 stars Love or Heartache ?
Reviewed in the United States on June 3, 2019
The Duke of Penrith was playing a serious game of chess with his cousin, Lord Falmer. Lord Falmer moved his queen and, with a smirk on his face, said, “Check”. But this time, unlike many others, The Duke calmly took Lord Falmer’s queen with his rook and chuckling said, “CheckMate”.

Lady Catherine stood on the terrace as the butler notified the Duke she was waiting for him. She had unpleasant news, unfortunately. She had met another man and now could not marry the Duke. She apologized profusely, but there was nothing to be done. He made his way to the stables, ignoring Lord Falmer’s calls to him as he noticed the dark storm clouds in the sky.

Olivia Dawson, a nurse, was coming home from the market when she saw the dark clouds. She was afraid she would not make it home to her small cottage before the storm broke and hurried her steps. The first drops of rain fell as she ran up the path and barely made it inside in time. As the rain poured down, she heard a horse gallop up outside. It had no rider, so she called out as she walked. Hearing a moan, she found a wounded man on the ground and helped him stand. She cleaned his wound and watched through the night as he slept. In the morning, he walked outside and did not know who he was. His horse was gone as well, so there were no clues to his identity. They walked to the market to see if anyone recognized him. He asked why she was not married, being as kind and beautiful as she was. She simply replied that she had not met the right man who could love and accept her as she was and who could show his feelings.

He went into the cottage when they returned, and she went to see what the strangers on the road wanted. They told her The Duke of Penrith was missing and described him. She took Lord Falmer into the cottage and he hugged the confused Duke. He would take him back to the Silverstone Hall estate, but the Duke wanted Olivia to come with them and provide care since she was the only person he knew since his accident. When neither of them could sleep in a “new” environment, the Duke walked into a room and saw a piano. It called to him and he sat down, able to play with his eyes closed. Olivia stood in the doorway listening and he invited her to sit and play piano with him. She played the melody and he played harmonies and it brought back memories for both of them. When she turned to leave, for the first time in a long time, he smiled a smile that reached all the way to his eyes.

When the Duke joined Lord Falmer to chat, Lord Falmer teased him about his interest in Miss Olivia. The Duke denied there was anything between them, so Lord Falmer asked if he would mind his taking her for a carriage ride. Although he said no, he found himself disturbed and angry when he saw them together. She also had been disappointed that he had told Lord Falmer that he had no interest in her. The Duke chatted with his mother, who reminded him they had often confided, so he told her why he was unhappy. Her wise advice was to tell Olivia how he felt! But a week later, he had still said nothing. Now Olivia was meeting the Dowager Duchess in the garden, expecting that her time here was over since most of the Duke’s memories had returned. Would the Duchess tell her the truth? Or would she send her back to her cottage since her services were no longer needed?

I so love these stories! It amazes me how the characters are able to continue acting so dignified and proper while emotions inside must be raging! Yet that is how the author reaches the reader with heart-felt emotions that make the outcome of the story line really matter. Will this story end in something beautiful, or will it tear apart the people who are too stubborn or shy to admit to their true feelings? Grab your copy and find out! And save a hug for the Dowager Duchess!
Read more
One person found this helpful
Helpful
Report abuse

When Gerard, the Duke of Penrith's betrothed, Catherine, breaks up with him for another man, he is justifiably upset, and goes on a ride in inclement weather.
His horse🐎 throws him in the rain and mud. Luckily he is near a small isolated cottage, and the occupant hears the commotion and finds him right away. He has a bad bump and cut on his head from hitting a rock.

Olivia is the orphan woman living alone in the cottage, and she is by trade a trained midwife. She is able to treat the unknown man she finds. The next day, he wakes up not knowing who he is!

The Dukes cousin, Lord Falmer is beside himself when the Duke doesn't come back that 🌙night. The next day his horse🐎 is found, but there is no sign of the Duke.

Gerard is still with Olivia, since neither one of them know who he is. She can tell from his fine clothes and speech, that he must be a man of importance.

ARC Received from Booksprout🌱
I also got the book with KU.

This is a very short book, a novella. It is an interesting read. The book does have a few continuity problems, specifically about what happened to Olivia's mother, her father, and Gerard's memory.
Read more
Helpful
Report abuse

Suzanne Hare
5.0 out of 5 stars A sweet historical romance.
Reviewed in the United States on June 5, 2019
Miss Olivia lived by herself in a small cottage. One day she heard a horse and found its owner on the ground with a head wound. As a nurse she was familiar with wound care but when he said he did not know who he was then she was at a loss. Feelings between them grow but can they be sustained once he remembers who he is.

This is a short, simple and charming story about what matters most, love. Miss Olivia is a gem and I found her very likeable but I think the Dowager Dutches stold the show. The storyline is well thought out and the interesting characters are faced with emotional drama and obstacles. This book can be read in an evening and is uplifting. I enjoy historical romances as they are more about feeling than some of the contemporary love stories. If you like historical romances and want something quick to read, then you may enjoy this one.

Caroline Trevor
5.0 out of 5 stars Great
Reviewed in the United Kingdom on July 16, 2019
Verified Purchase
I found this a really good book. Olivia is a strong character. She takes care of the Duke of Penrith when he hurts himself and loses his memories.
Read more
Report abuse

Robyngae
4.0 out of 5 stars Romance and drama
Reviewed in Australia on August 16, 2019
Verified Purchase
It was an enjoyable story but there was a big discrepency with the parents. Early on Olivia told the Duke that her mother left her and her father for another man and that her father had died a few years ago. Later on after she played the piano, she said that her father had left when she was a baby because he clained that she wasn't his and her mother raised her. Apart from that the story was interesting and kept me reading.
Read more
Report abuse
See all reviews
Back to top
Get to Know Us
Make Money with Us
Amazon Payment Products
Let Us Help You
EnglishChoose a language for shopping. United StatesChoose a country/region for shopping.
© 1996-2021, Amazon.com, Inc. or its affiliates