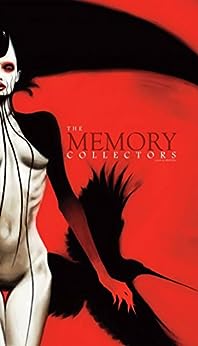 by menton3 (Author), Ben Templesmith (Illustrator, Artist), Menton3 (Artist) & 0 more Format: Kindle Edition
Book 1 of 1: Memory Collectors
See all formats and editions
Sorry, there was a problem loading this page. Try again.
Three jaded fetish models are unexpectedly thrown into a violent world and made to confront a horrible and unperceived truth: Hidden among us are entities that feed on the very thing we hold most sacred, our memories. No longer content with their lives as hunted cattle, they become the hunters.
Read more
Previous page
Next page
Kindle e-Readers
Fire Tablets
Free Kindle Reading Apps
Available on these devices 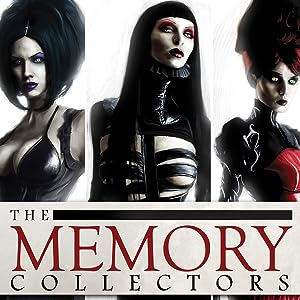 C. Derick VarnTop Contributor: Graphic Novels
3.0 out of 5 stars More atmosphere and concept than narrative.
Reviewed in the United States 🇺🇸 on February 2, 2016
Verified Purchase
Gothic art, fetish models, vague nebulous parasites hiding among us, and lots of questionable dialogue in paragraph form. The jaded fetish models were interesting as a concept, but it's an under-explored concept even in this book. The art is somewhat stunting but very still. The textures on the art and rendering is sometimes stunting, but this is done at the expense of narrative. The narrative being given partly in traditional comic form, and partly in page or two page text blocks. The character aren't developed enough to be consistent and their emotional turns and actions seem predicated on whatever will move them to the next concept. There are lots of people who seem impressed by this, and there is a lot here that could have worked, but mostly it remains more style than substance.
Read more
One person found this helpful
Helpful
Report abuse

Pop Bop
TOP 500 REVIEWER
4.0 out of 5 stars Deeply Cool and Seriously Weird
Reviewed in the United States 🇺🇸 on July 22, 2014
Edith, (our narrator and guide), and Magdalena are introduced to us as models of fetish clothing, (latex, leather, etc.). They and other models are attacked by a creature of some sort and only those two, saved by the mystery woman Beatrice, survive. They are told they were attacked by soulless vampiric monsters that feed on human memories, and that they are to be taken and trained as assassins of such creatures. Edith and Magdalena devote themselves to this calling, not to save humanity but for the sheer joy of killing the demons. Edith and Magdalena adopt as their "hero costumes" the fetish gear they were wearing when first attacked. How's that for an origin tale? The balance of the story follows their adventures. (There is artwork and a few short pieces from others that are used almost like chapter breaks. They are interesting and rewarding, but the bulk of the book is devoted to Edith and the monster hunters.)

The narrative style is almost hypnotic. It is rather formal in an old-fashioned, Gothic sense. (The narrative is occasionally marred by a lapse into modern colloquial language but only in a passingly distracting way). At one point the narrator warns that her tale "will seem strange to you, even silly at times,..." and that's a fair warning. Sometimes books like this drift into highfalutin mumbo-jumbo and psycho-babble, but this one doesn't, or at least not too much. And it does have some interesting things to say about memories and how they humanize us.

The drawing is particularly compelling, and seems to be a combination of impressionistic and photo-realistic styles that creates a hyperreal image within a vague and dreamy landscape. (Sometimes it's a little reminiscent of the city scenes and landscapes in the silent German film "Metropolis", and sometimes it feels a bit like the H. R. Giger look of the movie "Alien".) The author/illustrator of this book, menton3, has a long history of illustrating for other publications, and for many of those it has been his work that has been the highlight of the book, (see, for example, "Monocyte"). If you check out menton3's website most of the artwork on display is oil on canvas, linen or cardstock, and I imagine that and some digital manipulation is what is on display here.

So, the upshot is that you get a very cool vibe, interesting heroines, and knock your socks off art. Not bad at all.

Please note that I received a free advance ecopy of this book in exchange for a candid review. Apart from that I have no connection at all to either the author or the publisher of this book.
Read more
5 people found this helpful
Helpful
Report abuse

Kindle Customer
2.0 out of 5 stars Good style.
Reviewed in the United States 🇺🇸 on February 20, 2022
Great art. But the writing isn't very good with loads of exposition that adds more filler to a story that nothing much of anything really happens. Going back and forth between being a comic and a novel felt a little awkward here. The other comics includes felt out of place. Still like the idea and art though.
Read more
Helpful
Report abuse

Wayne A McCoy
4.0 out of 5 stars Great art. Gets kind of weighed down by pages of exposition which pulled me from the story
Reviewed in the United States 🇺🇸 on October 2, 2014
'Memory Collectors' is a graphic novel with an intriguing concept and gorgeous art that works better as a concept than a fully explained idea. It's strange and weird and I wanted to like it more than I ultimately did.

Edith and Magdalena are fetish models that are saved by a woman named Beatrice and then find themselves fighting a type of evil that lives off memories. The monsters are sort of vampiric in nature. The women train and are very good at what they do. There are also some intermittent stories by other artists which can be a little jarring since the styles are different and the stories seem initially disconnected, but they are good stories and the art is good. The monsters are quite creepy and Edith and company are quite adept at dispatching them, even in crazy high heels.

The art for the main story is really good. The story is sparse, but manageable, but then there are the prose pages. I think graphic novels can work with more exposition, but in this case, the wordier parts try to give more detail, but just aren't as interesting, proving this is all style over substance, which is unfortunate. It works great as a sparse graphic novel, and I would have been happy with less details, but it ultimately ends up sinking itself with exposition.

I was given a review copy of this graphic novel by Diamond Book Distributors and Netgalley in exchange for an honest review. Thank you for allowing me to review this graphic novel.
Read more
One person found this helpful
Helpful
Report abuse
See all reviews

Francesca Shum
5.0 out of 5 stars Five Stars
Reviewed in the United Kingdom 🇬🇧 on March 6, 2015
Verified Purchase
HIS ARTWORK IS SO GOOD
Read more
One person found this helpful
Report abuse
See all reviews
Report an issue
Does this item contain inappropriate content?
Report
Do you believe that this item violates a copyright?
Report
Does this item contain quality or formatting issues?
Report