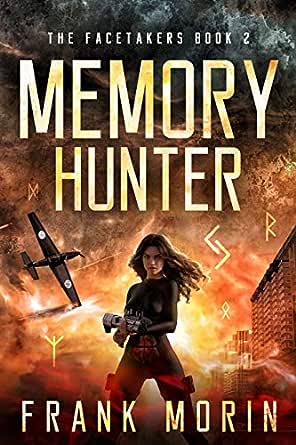 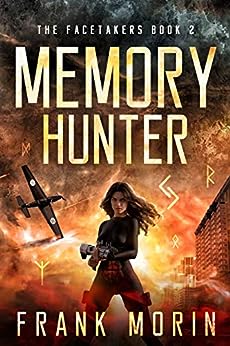 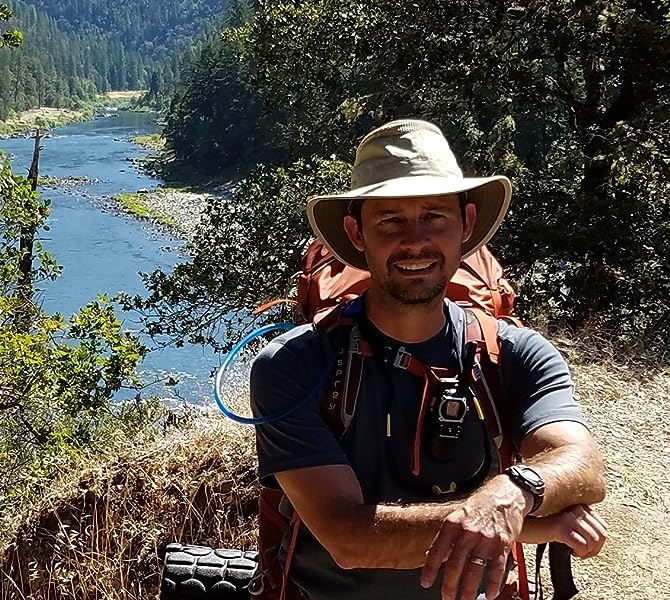 "The trilogy is like Mission Impossible meets Agents of Shield. Very cool magic system and lots of humor mixed in." Joshua Essoe

Frank Morin is a storyteller, an outdoor enthusiast, and an eager traveler. He is the author of the epic teen fantasy series, The Petralist. Set in Stone kicks off the series, which is known for its big magic, big adventure, and lots of humor. Frank also writes The Facetakers, fast-action time-travel fantasy thrillers. When not writing or trying to keep up with his active family, he's often found hiking, camping, Scuba diving, or traveling to research new books. Frank is a member of SFWA. Find out more about his novels and his shorter fiction, or join his readers group at: www.frankmorin.org --This text refers to an out of print or unavailable edition of this title.

Tammy W.
5.0 out of 5 stars Great read mixed with fiction, non-fiction & fantasy.
Reviewed in the United States on April 20, 2016
Verified Purchase
The story picks you up and takes you for a ride through modern time settings and mingles in the past but with a twist. Is the memory accurate? Is this how the character remembered it or is someone or something messing with it? If your memory changes, does it change history?
The plot was set for you in a pre-quell "Saving Face" of people who are able to transfer your face along with your soul to other "hosts" but you don't necessarily have to have read Saving Face to be able to follow this trilogy. The benefit is knowing a few characters in more detail. New characters are introduced in Memory Hunter and there is much more detail to the "abilities" of some, and to the use of what could be ancient magic, for good or for evil purposes.
You will find yourself getting immersed with the characters and feeling like you are right with them during fight battles, tender moments, memories, and wanting so badly for the villain to gets what they deserve.
This is an easy read geared probably for the teen/young adult but as a mom to these, I enjoyed them very much also. It mixes it up with fiction, non-fiction (mostly in place setting) and fantasy. Nothing is there to make you uncomfortable or hesitant to allow your family to read it, and each chapter wants to make you keep reading.
Read more
Helpful
Comment Report abuse

Lynne
5.0 out of 5 stars You'll be glad you read this book...it is a page turner.
Reviewed in the United States on August 11, 2016
Verified Purchase
Awesome book. Totally enjoyed this read. Surprising twists and turns. Kept me up until I had finished and then I had dreams about it. Very interesting indeed. I can't wait for the next one.
Read more
Helpful
Comment Report abuse

Average Joe
4.0 out of 5 stars Excellent writing, just too much for me
Reviewed in the United States on April 30, 2016
Verified Purchase
The premise of the book is more than I can grasp. The author gave me mental pictures too clearly.. And I can't make the jump, enjoy!
Read more
Helpful
Comment Report abuse

Amazon Customer
5.0 out of 5 stars Love the book
Reviewed in the United States on February 20, 2016
Verified Purchase
Love the book! Lots of plot twists and especially enjoy the alternate views of history! Don't want to give much away, but a great read, lots of action, Can't wait to read the next book in the series!
Read more
Helpful
Comment Report abuse

H. Grove (errantdreams)
2.0 out of 5 stars Consider my rating a 1.5
Reviewed in the United States on December 12, 2018
When I read a book labeled as “book one” in a series, I expect to be starting at the beginning of the series! As it turns out, there’s a “book zero”. Do not read this one first–while you can get through it, it doesn’t stand alone well. Speaking of not standing alone well–the council of facetakers. Because we never get to see them at their supposed “normal”, the fact that they’re all supposedly acting terribly out of character has no real weight to it.

The facetakers and their enemies seem to be responsible for everything. Each chapter starts off with a quote from either a facetaker or a famous figure, all of whom seem to be well aware of the existence of heka, facetakers, and so on. This leads to one of my major problems with the book. An enchanter apparently convinced Hitler to kill the Jews in order to also kill a bunch of hunters (also, Hitler was crazy because of too many soul transfers). The hunters, of course, were “far too clever to get caught and sent off to the concentration camps…” Hoo boy. Let me count the ways in which this was a bad idea. First, there’s the implication that Hitler and the Nazis were tricked into killing the Jews, rather than placing the blame squarely where it belongs: on racist humans. Second, there’s the statement that hunters escaped the camps because they were clever. In other words, apparently if the Jews had just been more clever, they could have escaped the camps too. I can’t even… Wow. Just, if you’re going to write about Nazis, maybe have some people very carefully read over your words to be sure you aren’t accidentally offensive. (To make sure it wasn’t just me, I ran these various issues past some friends who are closer to these issues than I am. Yeah, they weren’t impressed either.)

Oh wait, speaking of offensive: "The slender Chinese-American had inherited the best of both cultures. She wore her silky, black hair long, tied back to accentuate her delicate features. Her face looked more American than Chinese…"

Okay. First, the author seems to have confused genetic inheritance with cultural. He speaks of Mai Luan as having the best of both cultures, then goes into physical details, which are genetic. Second, “American” isn’t an ethnic group, so it wouldn’t contribute genetic features. Third, following up “the best of both” with “Her face looked more American than Chinese” implies that American faces are better than Chinese. Whoops.

I’m pretty sure the author wanted me to like Sarah, but it was difficult. She’s fairly shallow. Then there’s this: "She grew accustomed to his new form very quickly, and wondered how she’d never realized he didn’t belong in Carl’s mediocre body." So… a badass operative is not believable unless he’s also ruggedly handsome? There’s no such thing as a nondescript badass? Ugh. The ultimate case of body-shaming.

One of the characters, Alter, a hunter, starts off with a very erratic personality, and lots of ridiculous mugging and posing. His personality somewhat settles down later on, but it’s too much at first.

Mai Luan is the stereotypically stupid villain, even though she must have needed some smarts to totally bamboozle the council the way she has. She has an untold number of opportunities to kill, maim, and turn in the good guys, yet she just keeps letting them go. I wish I’d thought to count the number of times she lets them go. She’s exponentially more powerful than anybody else in the book, meaning the author had to make her crazy and stupid in order to keep her from winning. It’s ridiculous.

There’s an extensive semi-dream-sequence battle that’s actually quite gripping, and is the one part of the book I really enjoyed. However, if the characters are able to think guns into being while in that reality, then they ought to be able to think a rope or ladder into being when trying to climb out of a pit.

Chris Guerra
5.0 out of 5 stars I wish I'd had this as a teenager!
Reviewed in the United States on December 31, 2015
This first volume in the Facetaker Series dives into an uncanny world woven neatly into some of history's biggest mysteries. The action is raw and well seasoned with the kind of badassery most often experienced in cinema. The story and its team of mysterious characters move readily through tense encounters and exotic locations, theatrically unfolding a worldwide secret kept at least since early civilization. I guarantee you will finish this book itching to start the next!
Read more
Helpful
Comment Report abuse

Craig Fairley
4.0 out of 5 stars Four Stars
Reviewed in Canada on July 21, 2016
Verified Purchase
Not as good as book one but still a good read
Read more
Report abuse
See all reviews