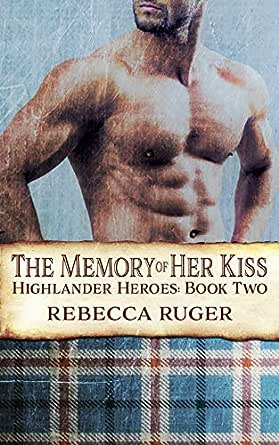 You've subscribed to Highlander Heroes! We will preorder your items within 24 hours of when they become available. When new books are released, we'll charge your default payment method for the lowest price available during the pre-order period.
Update your device or payment method, cancel individual pre-orders or your subscription at
Your Memberships & Subscriptions
There was an error. We were unable to process your subscription due to an error. Please refresh and try again. 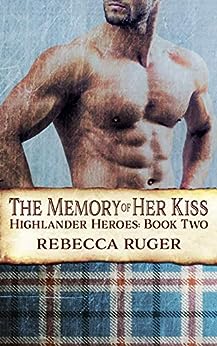 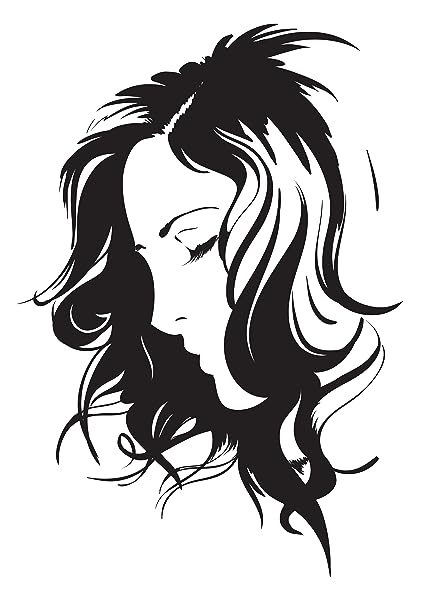 The Memory of Her Kiss (Highlander Heroes Book 2) Kindle Edition 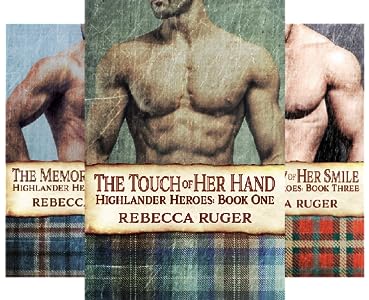 4.5 out of 5 stars
4.5 out of 5
269 global ratings
How are ratings calculated?
To calculate the overall star rating and percentage breakdown by star, we don’t use a simple average. Instead, our system considers things like how recent a review is and if the reviewer bought the item on Amazon. It also analyzes reviews to verify trustworthiness.
Top reviews

Sweetpea
4.0 out of 5 stars STRONG HEROINE STILL LOOKING FOR HER CALLING
Reviewed in the United States on October 17, 2020
Verified Purchase
This is the fourth book I've read in this series (books 4, 5, 1 and now 2) and they all share Ms. Ruger's fabulous writing style, great world building, and wonderful characters. Sometimes though it was hard for me to tell where she was going with this one.

Aside from what I mentioned above, there's another excellent feature to these stories—the strong heroines. Not one of them wants to be a damsel in distress. This heroine Anice is something special. Others have been trying to hold her down for most of her life by telling her that she's ugly and incorrigible. But she can't be held down, she has too much spirit. Unfortunately she lives in the medieval period when women weren't permitted much independence. Finding her purpose at Stonehaven was a continuing theme in the story, and I really felt bad for her. She's unconventionally talented and I imagined so many wonderful non-traditional ways for her to evolve. I hope I get to see where Anice goes from here in book 3.

Our hero Gregor can be exasperating. He's a brave and well-intentioned man, if not a bit clueless about how to handle Anice. In his defense Gregor had his hands full trying to protect his clan and fight along side William Wallace for Scotland's freedom. But he keeps Anice dangling from a string for practically the entire book while there's another man at Stonehaven who treats her like gold and would love to have her for his own. It's quite frustrating.

The first 30% of this book, as they make their way back to Stonehaven, sets the tone for Gregor and Anice's relationship, and this foundation is truly delightful. Another of my favorite parts of the story is when Anice is at Inesfree. All of the characters from book 1 are featured generously and move the story forward, in addition to bringing out the best in Anice. There are other significant scenes as well, but what is missing is a resolution scene between the antagonist and Gregor. That was unfortunate.

Ultimately there is an HEA of course. While there were a few things in this story that were a bit unsatisfying to me, I suspect and hope that we will hear more from these characters in upcoming books. This story is full of wit, a wide range of emotions, and a large cast of lovable characters, but not so large that you'll get mixed up about who is who. These books can be read as standalones, but with this particular book I think you'd enjoy it more after having read book 1. This is exactly the time when I needed to find a new author and a new series that I can get lost in, so I look forward to moving on to Book 3.

Kindle Customer
5.0 out of 5 stars Excellent
Reviewed in the United States on December 21, 2019
Verified Purchase
Another wonderful story. Enjoyed reading this one just as much as the first one. I can't wait to read the third story
Read more
3 people found this helpful
Helpful
Comment Report abuse

Ann Engel
5.0 out of 5 stars Good Highland story
Reviewed in the United States on September 23, 2020
Verified Purchase
It's a good blend of romance and action adventure, a novice nun who escapes to find a real life, a brawny laird who needs medical attention and the bond that is forged between them. Doubts and misunderstandings abound, misadventures that were nearly fatal, and a few surprises tossed in to liven everything up before the big finale. Few spelling errors, dialogue flowed well and the main characters seemed engaged rather distant like the dragon lady he thought was his mother.
Read more
Helpful
Comment Report abuse

Kindle Customer
5.0 out of 5 stars Fantasic book 2
Reviewed in the United States on December 4, 2019
Verified Purchase
Look forward to reading book 3 and more you are great artist and very much appreciated. Thank you very much
Read more
3 people found this helpful
Helpful
Comment Report abuse

Wendy Wyrostek
4.0 out of 5 stars Well written with some historical facts
Reviewed in the United States on September 18, 2020
Verified Purchase
This book is not only well written but takes you to a time period that women truly had no control over their lives unless they were widows. There were so many historical references like Wallace and Longshanks. I would have liked to have seen more information from the author about facts from this time period and what inspired her. Some points seemed overly drawn out while others went by too quickly. I'd still read it again in a year or so, it was that good.
Read more
Helpful
Comment Report abuse

carol
4.0 out of 5 stars Nice read
Reviewed in the United States on September 12, 2020
Verified Purchase
A laird saves a young lady he finds need rescue from a nunnery. Then she in turn treats his wound and saves his life. Then the end up together in complicated situations which ultimately lets them see they need each other and all ends a up a nice romantic ending
Read more
One person found this helpful
Helpful
Comment Report abuse

Olivia Simoncelli
5.0 out of 5 stars Excellent
Reviewed in the United States on February 29, 2020
Verified Purchase
Very well written, was the first time in a while I couldnt wait to pick a book back up again and continue reading!
Read more
4 people found this helpful
Helpful
Comment Report abuse

Becca
5.0 out of 5 stars Awesome!!
Reviewed in the United States on October 3, 2020
Verified Purchase
I really loved this book. It is an epic take of unexpected love amidst conflict been the Scotts and English. The gust of Scotland Is Saved By The almost novice from the monastery. she saves him and he him turn take her away from the abuses she suffers. Arriving at Stoney it is revealed that he is promised to another.. Silk love win or is she doomed to a purposless life??
Read more
Helpful
Comment Report abuse
See all reviews

Kindle Customer
5.0 out of 5 stars A good read, enjoyable & romantic
Reviewed in the United Kingdom on September 23, 2020
Verified Purchase
Easy reading, enjoyable historical & romantic. A scottish tale around the time of William Wallace with a mix of fighting, skirmishes and a romantic element
Read more
Report abuse

loddy
5.0 out of 5 stars Proper story
Reviewed in the United Kingdom on September 16, 2020
Verified Purchase
I en joyed this so much a proper storey I loved the closeness of the caracters and that Step mother I think she wanted her stepson dead so she could side with the English and run the castle herself no intention of entering the gunnery . I would recommend this to anyone who likes romance with a good story.
Read more
Report abuse

Uttara
5.0 out of 5 stars Innocent loving, feel good storyline
Reviewed in India on September 22, 2020
Verified Purchase
Loved all characters, every part of the story was so nicely detailed. Looking forward to other characters findling their soulmates.
Read more
Report abuse

Kindle Customer
4.0 out of 5 stars An enjoyable read
Reviewed in Canada on September 30, 2020
Verified Purchase
Good story, well written. It could have used a bit more at the end or an epilogue to balance it out but otherwise was an enjoyable read.
Read more
Report abuse
See all reviews