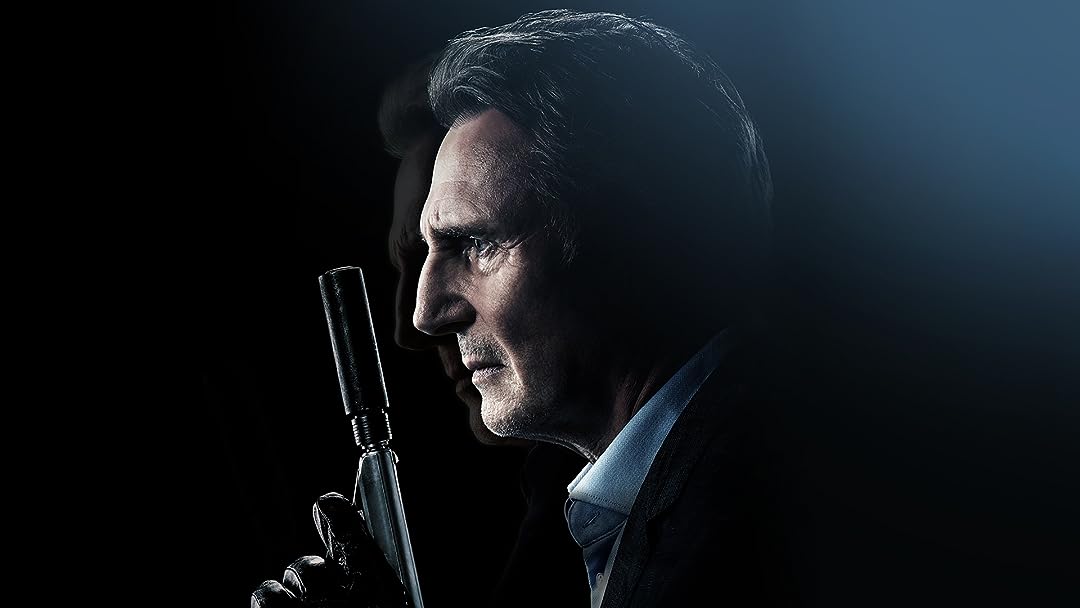 (8,655)
5.71 h 53 min2022X-RayHDRR
MEMORY follows Alex Lewis (Liam Neeson), an expert assassin with a reputation for discreet precision. Caught in a moral quagmire, Alex refuses to complete a job that violates his code and must quickly hunt down and kill the people who hired him before they and FBI agent Vincent Serra (Guy Pearce) find him first. Alex is built for revenge but, with a memory that is beginning to falter...

AcidGlowReviewed in the United States on October 29, 2022
4.0 out of 5 stars
Enjoyed it
Verified purchase
I've seen at least one low-score review that mentioned why they didn't like the movie. Points were made (albeit incorrect) about continuity of the movie. Specifically, about the scene near the end about one of the FBI agents coming to "force" her partner out to relax in a bar. Review talked about how she came to his house in a suit and was shown at the bar in a dress. The person obviously did not pay attention. The "suit" shown had a black "shirt" with a jacket over. Dress ended up being black. See where I'm going with this? It was simply a dress with jacket and some other clothing to accessorize the look. At the bar she took everything off except for the dress (eh, obviously).

Anyhow, the movie title makes sense pretty close in the first third of the feature, otherwise it is plainly obvious near the end.

While Liam plays a "bad" character in the movie it's not a character that is rotten to the core. He's got standards that we've probably seen in quite a few movies where killers will have morale code they will not break.

Police is portrayed fairly well for the most part (IMO) albeit some parts that (again) we are used to seeing are sometimes a bit over the top and more than likely not something you're going to experience, ever.

FBI for their part is described well in the story with a dynamic relationship between the agents and, while a little too casual at times, pretty believable.

They did not shy away from the topic of "money rules the world" and the fact that justice can be bought as long as you have enough of it (money) to throw at the "problem".

Herein lies one problem with the movie and story I do have. While the ending puts a smile on one's face it is beyond believable and less than likely how things WOULD turn out in the real world. It would be a lot messier and a lot bloodier, would probably span a few movies length and would not make one smile as much in the conclusion.

In the end if you're looking for fairly engaging (emotionally) story that has great cast and is fairly believable without an expectation of 100% real world portrayal, this fits the bill. If you're expecting "taken" type of movie this is not it. Liam is not age defying and, while he is still very much action figure and does indeed provide scenes with a fair amount of action in them, scenes have been humbled down in a way to allow him to be in them rather than using a much younger double (deepfake anyone?).

As a note I did not pay for the movie viewing and as such I may be biased a bit more in favor of the movie than if I had to splurge on it, however I believe that it is worth a look regardless.

ColinReviewed in the United States on October 5, 2022
4.0 out of 5 stars
OK for a TV movie but w/ a great cast
Verified purchase
I'm giving "Memory" four stars, due to its stellar cast--and each of the featured players make the most of their opportunities to shine. However, it shifts from opening as a character study of an assassin (Liam Neeson) with the onset of Alzheimer's and heads into the realm of made-for-TV police procedural, similar to Dick Wolf's "Law & Order" franchise. It has the usual suspects: a maverick plainclothes Fed (Guy Pearce) and his breezy, younger partner (Taj Atwal,) their no-nonsense, by-the-book superior (Ray Fearon,) a hard-nosed but corrupt local cop (Ray Stevenson,) a ruthless Latin mobster (Lee Boardman,) a plainclothes Mexican cop with an extrajudicial streak (Harold Torres,) a conniving tycoon (Monica Belucci,) her pervert son (Josh Taylor,) the pervert son's consigliere (Daniel de Bourg,) the tycoon's personal physician with dubious ethics (Atanas Srebrev,) a hardened but innocent preteen sacrificial lamb caught up in the system (Mia Sanchez,) a reluctant prosecutor (Doug Rao) and finally the killer with a conscience and disease of the week, played by Neeson. There's nothing unpredictable and not much character development beyond the assassin's deteriorating condition.

The cast ably perform an OK script, competently shot & edited, but there's nothing cinematic about it. It's advertised as a Neeson vehicle, but he's more part of an ensemble cast, and he's not in the last couple of scenes, following his character's death--an outcome that could be seen a mile away. And the ending was just to wrap up the story, following Neeson's exit.

There's also nothing new about this part for him to play, notwithstanding the added variable of terminal illness--like John Wayne playing an Old West lawman and Robert De Niro playing a mafioso--old hat to these classic actors. "Memory" is not a total waste of time, but it's nothing that blows me away, either. It isn't as dumb as a lot of Hollywood's recent output, but there's no wow to it, either.
6 people found this helpful

Avid readerReviewed in the United States on November 17, 2022
4.0 out of 5 stars
A very special set of skills
Verified purchase
Alex Lewis still shows that he has a unique set of skills but he is suffering from Alzheimers in this movie. It centers upon a raid gone bad to try and catch a child trafficking ring, but they rescue the 13 year old child. Alex plays a contract killer, and he has been given a contract to kill two. When he finds one of them is the child, he knows he will not kill the child. It is a step too far. But as he learns about what is going on, he sours on the slowness of the authorities in their ability to penetrate and take down the masterminds. It really turns out to be a very good movie, of cat and mouse of Alex trying to work up the ladder, and the FBI and local police trying to stop him, those involved trying to kill witnesses, and corruption at the higher levels.

Amazon CustomerReviewed in the United States on October 5, 2022
4.0 out of 5 stars
Liam Neeson's performance
Verified purchase
Whenever I see Liam Neeson's name I am going to give the film a chance as the vast majority of the time this man does not disappoint.
Happily, this remains the case for "MEMORY".
It's a little bit of a bringdown because we know there won't be any hero walking away or driving a fly car with a duffel full of cash at film's end.
Neeson's vulnerability hooks us instantly; you are emotionally invested from the start. While the supporting players are more than competent, the direction is worthy but the simple truth is the only thing that is truly, well, memorable (forgive me) is Liam Neeson. Even as an aged agent with advanced alzheimer's he pulls it off...with panache, pathos-- damn, I wanted one more alliteratie for the hat trick but it is a fugitive from my recall!
As a long time fan of Neeson, I think it is amazing how believable he is in action scenes. So convincing is Mr. Neeson that there is very little suspension of disbelief required. Too, Neeson's facial expression...still a marvelous instrument.
Special mention; Monica Belluci as Davana Sealman is sublime, exuding a reptilian narcissism throughout.
"MEMORY"...write it on your arm so you don't forget.
14 people found this helpful

AdamReviewed in the United States on October 8, 2022
4.0 out of 5 stars
Better than I expected - not the typical Neeson vehicle
Verified purchase
I was expecting what generally passes as a Liam Neeson vehicle since 'Taken' turned him into the "thinking" man's aging action hero. This has lead to many disappointing movies although there are always one's like 'Cold Pursuit' and 'The Grey' to keep you guessing whether you'll find another gem.

'Memory' is surprisingly well done. It helps Neeson to have an excellent supporting cast, notably Guy Pierce and Ray Stevenson, both of whom I always enjoy seeing on screen. The film surprises with a few twists and turns and keeps the morality deep in the grey with a Neeson anti-hero who's not really a good guy and definitely passing his prime as a hired killer with memory lapses. Considering Neeson looks increasingly frail on his outings, this works spectacularly well for the film.

At the end of the film, I was surprised Martin Campbell had directed it. It explains why it's one of the better, more recent Neeson films. Definitely recommended for fans of Campbell or Liam.
2 people found this helpful

JonathanReviewed in the United States on December 3, 2022
5.0 out of 5 stars
A Surprise Good Movie
Verified purchase
I read some of the bad reviews before watching it and was skeptical. This movie was WAY better than I imagined it would be. Is it different for Liam Neeson? Oh, yes. Imagine the movie Hitman crossed with Liam Neeson, but toned down, and that's what you've got here. I really enjoyed this and the ending was definitely surprising. Highly recommend watching this.

Etta SimulaReviewed in the United States on September 25, 2022
4.0 out of 5 stars
Good and entertaining movie.
Verified purchase
I gave this movie 4 stars. Why? Because it has to be an exceptionally great movie to get 5. Maybe one out of of a few thousand will get 5 from me.

Don't read review before a movie, but sometimes do after. Seen a number of 1-2 star reviews. I all would like to say, the Taken trilogy is done and over with, get over it. Not every Nielsen movie is going to be like that. Although, this one was more like Taken than most of the others he has done recently. Interesting storyline and a bit different. Acting was good, with some notable cast members. Before streaming companies, could of easily been in theatres and done well at the box office (have seen many worse movies at the theatre). If you enjoyed Man on Fire with Denzel Washington, this was not quite that, but has a bit of that feel. If you are looking for a good realistic drama and some action, with a plausible storyline, give it a try.
25 people found this helpful

Dr.JéReviewed in the United States on October 3, 2022
4.0 out of 5 stars
I think I remember help me remember where I was again oh Amazon
Verified purchase
What an interesting film! I was somewhat irritated with the start of the 4th act of the film and mid-way through the conclusion of the film. I enjoyed the movie even though I felt like some parts needed to be cleaned up because they lacked refinement. The character arc hinted at some childhood trauma that was not explored thoroughly so it later dawns on you why there is such an emotional connection to what has been emotionally void behavior thus far.

If the ending was 100%, 50% off the ending did not fit, then again maybe theyr did not want to deal with the consequences so they did what they did. I give the film a solid high neutral, 8/10 – I Am sure I will watch it again another time

Amazon Prime for the win again . –
4 people found this helpful
See all reviews
Back to top
Get to Know Us
Make Money with Us
Amazon Payment Products
Let Us Help You
EnglishChoose a language for shopping. United StatesChoose a country/region for shopping.
© 1996-2022, Amazon.com, Inc. or its affiliates