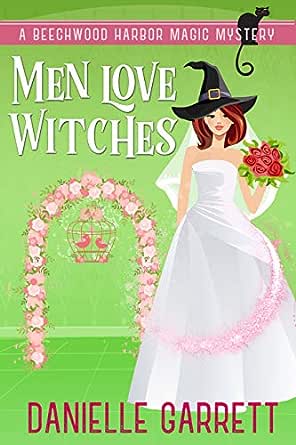 You've subscribed to Beechwood Harbor Magic Mysteries! We will preorder your items within 24 hours of when they become available. When new books are released, we'll charge your default payment method for the lowest price available during the pre-order period.
Update your device or payment method, cancel individual pre-orders or your subscription at
Your Memberships & Subscriptions
There was an error. We were unable to process your subscription due to an error. Please refresh and try again. 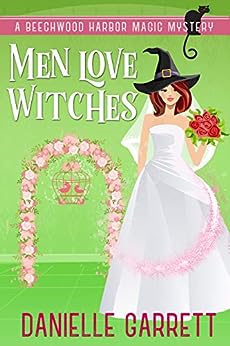 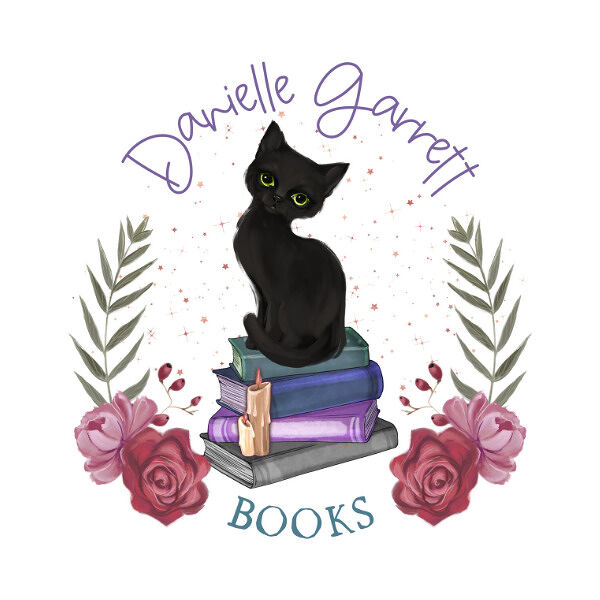 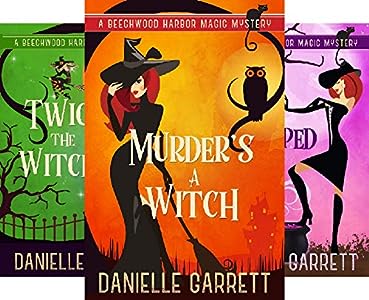 4.9 out of 5 stars
4.9 out of 5
63 global ratings
How are ratings calculated?
To calculate the overall star rating and percentage breakdown by star, we don’t use a simple average. Instead, our system considers things like how recent a review is and if the reviewer bought the item on Amazon. It also analyzes reviews to verify trustworthiness.
Top reviews

L. Stachowski
5.0 out of 5 stars Best of the series so far...
Reviewed in the United States on February 16, 2021
Verified Purchase
...but I have seen Danielle Garrett's stories get better with each one, so I have no doubt her next will be as good, if not better. That being said, 'Men Love Witches' had me giggling, in suspense at the edge of my seat, and in tears. The bad part is that it so hard to write about this story without giving something away about the story line. Honestly, if you haven't read the rest of this series, please do so. It was so much fun watching Holly and the rest of her friends grow into the great group of folks they ended up being. This is a fun series, but I really enjoyed the return of the vampire Lacey, one of my favorite characters. The ending was just absolutely perfect, and everything I could have wished for Holly and Adam.
Read more
Helpful
Report abuse

Cat whisperer
5.0 out of 5 stars Loved it!
Reviewed in the United States on January 21, 2021
Verified Purchase
This was intense and a good mystery without a death this time. I was thrilled with the whole way the wedding turned out and reuniting family's, this one had a whole lot of love in it and I cried more than once while reading. Waiting for the next one.
Read more
Helpful
Report abuse

Amazon Customer
5.0 out of 5 stars Spoiler Alert!!! Best book ever!!!
Reviewed in the United States on January 20, 2021
Verified Purchase
I stayed up late finishing the book last night finishing the book. Could not put it down! This is one of your best works, Ms. Danielle Garrett.
Read more
Helpful
Report abuse

Catsinacradle
5.0 out of 5 stars A Posy Remembered
Reviewed in the United States on January 14, 2021
While juggling wedding plans, Harmony’s master potion test and keeping Starfire Apothecary going, you would think Holly would have enough on her plate. Not this witch. Her former roommate, vampire Lacey, Lady Vaughan now, has reserved Beechwood Inn for the weekend & it involves top secret meetings with the Lords of several Vampire Courts that rule vast sections of vampire territory. Lacey and her husband, Matthias arrive, along with the other invited vampires who are not keen on staying at an inn with non-vampires. Neither is Harmony, Holly’s assistant who decides to stay in Seattle Haven with her sister for the duration, especially after hearing the vampires arguing heatedly at their meeting. All caught up now? Wait, there’s more! Posy & Earl return but something is bothering Posy. The vampire, Jewel Moldor, who was convicted of glamouring beings to gather an army has gotten a slap on the wrist & may be involved in whatever is troubling Lacey and the others. When a valuable and powerful ancient jewel Lacey was going to use to bargain with the Haven Council to get rid of the rebel vampires disappears, more than all Hell breaks loose. This could mean war between vampires and the other paranormals. Holly takes on more and more responsibility as her friends gather around her to fight for the world they know and love. In the end, will the wedding take place and will Posy and Earl be there for it?
I love this series and this is a particularly well written story that ties in a lot of the running storylines and characters I've come to love.
Read more
One person found this helpful
Helpful
Report abuse

Dana
5.0 out of 5 stars Such a range of emotions, this was a fantastic book!!
Reviewed in the United States on January 16, 2021
I’m getting teary-eyed, having just finished reading this book! So many emotions throughout this book! Holly and Adam are finally getting married and Lacy returns with a group of royal vampires! Someone stole something from Lacy and it’s up to Holly and the gang to find out who it was before all hell breaks loose. Hopefully Holly can juggle finding this item and not lose out to some scary Spoiled Vamps! This is the second to last Book in the series and it’s nice to see Holly finally get married to Adam. We also had to say goodbye to an old friend which was harder than I thought it would be. I can’t wait to see how everything comes together in the final book of the series.
Read more
Helpful
Report abuse

Aimee
5.0 out of 5 stars Great Book, Highly Recommend Reading
Reviewed in the United States on January 14, 2021
Holly is busy with her shop, the inn and her wedding. Holly and Adam will have their hands full when Lacey comes to stay with some vampires. Things don't go as they had hoped. Holly will also have to dealing her feelings over her family. Holly and the others will also have to deal with some news that will break their hearts.

This book was really good. There is so much I didn't write about as I wont' spoil it You will see Holly dealing with so many issues as her wedding is coming closer. This author will have you on an emotional rollercoaster in this book. You will need some tissues for this book. I really am excited for more from this author
Read more
Helpful
Report abuse

Marci
5.0 out of 5 stars Such a great series!!
Reviewed in the United States on January 16, 2021
Omgosh, this book is so crazy good!! Holly and Adam are closer than ever, and Lacey books a conference at their inn! There is so much mystery in this book that you will not be able to put it down!! I received this book as an ARC in exchange for my honest opinion, and my opinion is you MUST read this book! I love the whole series, and this one is my favorite so far!!
Read more
Helpful
Report abuse

Kindle Customer
5.0 out of 5 stars Bittersweet
Reviewed in the United States on January 31, 2021
No body died, which is always a nice change in any mystery. Entertaining with a stream of former characters, ones just passing through and visiting from other series.
Entertaining story/mystery. Holly has a lot going on. Her past gets a little healing, and future looks happy.

Dizzzi
5.0 out of 5 stars The whole gang is together again!
Reviewed in Canada on January 16, 2021
Verified Purchase
Enjoyed every word!
But they can't seem to get those evil people out of their lives.
I noticed how all the characters seem to have grown.
Wonderful!