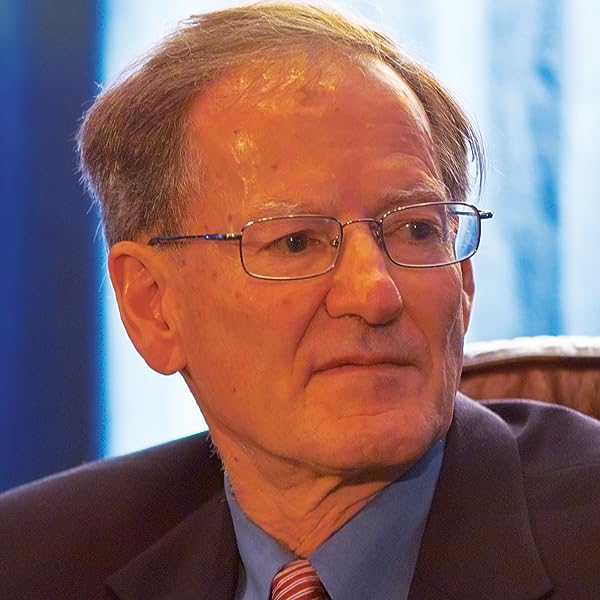 4.3 out of 5 stars
4.3 out of 5
70 global ratings
How are ratings calculated?
To calculate the overall star rating and percentage breakdown by star, we don’t use a simple average. Instead, our system considers things like how recent a review is and if the reviewer bought the item on Amazon. It also analyzes reviews to verify trustworthiness.
Top reviews

Dr(PhD)Wes
3.0 out of 5 stars Good description of the problem but for want of good theory, poor causal anaysis
Reviewed in the United States on December 11, 2017
Verified Purchase
George Gilder hits the target--the problem of most of America's social an economic ills is the disintegration of family and its ramifications spelled out in Gilder's other book, Sexual Suicide. Unfortunately, he loses the thread of that book in this one. The family just didn't up and disintegrate. I was there, growing up during WWII. I lived in a strong family. I witness the disintegration, as he calls it. Only it wasn't just disintegration. It was deconstruction a la French philosopher Jacques Derrida's vision of culture as society as "text" to be interpreted willy-nilly by anyone, creating a relative world that feminists interpreted as "phalocentric" and set our to deconstruct.. But feminists and feminism were created by our industrial society, more or less as Christopher Lasch supposed (Haven in a Heartless World). It is not surprising that, as Gilder allows, there is a profound affinity between feminist and Playboy philosophy, but I suspect many feminists didn't realize this. Industrialists, men, with their utilitarian philosophy saw women's natural roles as a waste of resources, just as developers saw low-rise homes on our beach as a waste of valuable space. And one must remember, Jefferson got "All men are created equal" from John Locke's "the human mind at birth is a blank slate to be filled in by experience, an idea that was soon shown to be inane but nevertheless came to dominate the policies of industrial nations. As Margaret Mead stated, women will find contentment in their natural roles unless educated otherwise, so the industrialists educated them for a "career." Powerful men, knowing that women are attracted to men with wealth, status, and power, also in liberated woman, free range nookie. Post WWII, when the USSR issued plans to put women into the workforce and children in daycare, the media sounded a great hue and cry against Communism, yet a scant score of years later, this country passed the CRA with an amendment that included women, and the came the presidential order known as affirmative action calling not just for equal opportunity but equal representation. Feminists have been no more than dogs barking at the wheels of "progress" industrial style. Once created, the CRA and AA were fulfilled by men and the free market men created as a bi-product of their natural dominance-seeking behavior.
Read more
10 people found this helpful
Helpful
Comment Report abuse

Teri
5.0 out of 5 stars The devastating effects of the sexual revolution and feminism on society, AND on men!
Reviewed in the United States on September 8, 2019
Verified Purchase
Exceptional exposition, well ahead of its time! Looking now at most of the trends described it is more clear than ever the growing tragedy that is the destruction of the nuclear family FOR MEN, and all of society! Feminist elites will HATE this, and no one needs to read it more than they.
Read more
5 people found this helpful
Helpful
Comment Report abuse

B. Tupper
5.0 out of 5 stars Satisfying
Reviewed in the United States on July 4, 2011
Verified Purchase
I picked up this book immediately after turning away in disgust from Catharine MacKinnon's "Toward a Feminist Theory of the State" (see my review of that book), and I was delighted with the difference. MacKinnon attempts to restate Marxist theory in Feminist terms, but her work turns out to be a pathetically naive and tendentious assault on men in general. She sees every contribution by men to civilization as an attack on women. Like Marx, she sees no value in women other than as they produce monetary earnings, and she construes men as evil to the extent they do not cede economic and political power to women. Gilder, on the other hand, presents women as the enduring strength and viability of society, largely through their function of civilizing their men and diverting men's energies to socially productive ends. In Gilder's view, men become positive contributors to society to the extent that they take responsibility for the welfare of women and children they commit themselves to. By depending on a man for leadership, the woman creates a man deserving of leadership. The nuclear family becomes both the cause and the result of a well-structured and humane society.

Gilder's language is delightful, both in its serious and whimsical moments. Sometimes one feels he overstates his case, but on further reading down the page or through the chapter he justifies his reach with sound data and logic. He writes not just opinions, but relies on a depth of research far beyond what one normally expects in such a work. In all, I regret that I am only allowed to credit this book with five stars. It deserves more.
Read more
38 people found this helpful
Helpful
Comment Report abuse
See all reviews

Ruth Irwin
5.0 out of 5 stars This is one of the most important books on our current civilization that I have ever read.
Reviewed in Canada on December 8, 2018
Verified Purchase
THis book was thoroughly researched and unlike so many factual books, this was an incredibly easy read. I learned so much information re: our society and the crisis point that we are at now as well as solutions.
Read more
Report abuse

Barbara W
5.0 out of 5 stars Explains why it is much harder to find Mr Right
Reviewed in the United Kingdom on December 2, 2012
Verified Purchase
I ordered this book to find out what the author had to say about the subject and I was very impressed with it. It was not only very informative but also very helpful because of the information and arguments that Mr Gilder puts forward on the importance of marriage. I have been reading for several years on the internet about the damage that the feminist movement has done to relationships between men and women and this book has deepened my knowledge that much more. I highly recommend this book for any women who wonders why she can't find a suitable man that she wants to marry and have her children with.
Read more
Report abuse
See all reviews