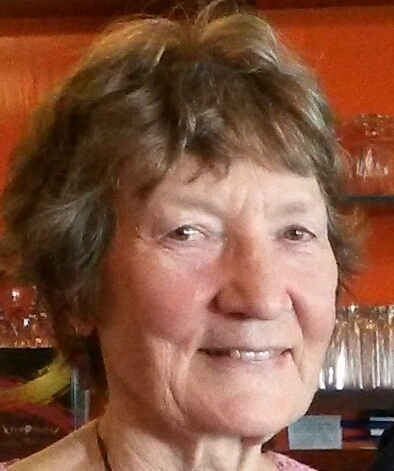 "The Men and the Medium by Lyn Behan follows Lily's tumultuous life through the backdrop of two world wars, the social and political transformation of post-Victorian England, and the turmoil of individual and family lives caught up in a whirl wind of social change.
The author does an excellent job of presenting the arc of Lily's life as she drifts, often aimlessly, from one disaster to another. A well-thought-out narrative of turn of the century England and the impact that the drastic economic, social, and political changes had on individual lives. An eminently fine read." Charles Ray. Awesome Indies Book Awards.

Start reading The Men & The Medium: The Men and The Medium on your Kindle in under a minute.

Kim Geissler
5.0 out of 5 stars A thoroughly enjoyable read!
Reviewed in the United States on August 7, 2018
Verified Purchase
The characters in this book were so well fleshed out, that for the time I was reading this, I was part of their world. The reader is drawn into the life of Lily and the men who loved her. The tale is seasoned with the historical backdrop of war ravaged Britain. I found myself at once entranced by Lily and then totally frustrated by her, which I am sure is as the writer intended. Lily is certainly memorable, as is this book. You will enjoy “The Men and the Medium”.
Read more
Helpful
Comment Report abuse

AvidReader
5.0 out of 5 stars Engaging and moving.
Reviewed in the United States on August 2, 2018
This engaging story is based on the life of the author’s grandmother. A true story embellished with the author’s imagination and backed up by research always gives a book a special touch for me, and this one has engaging characters and excellent written English skills that I found impressive. I also enjoyed the metaphysical element due to Lily, the woman loved by four men, being a medium and having genuine spiritual healing powers. The book looks more at the character of the medium, though, her desires and motivations, than her spiritual activities.

The story is set in England and spans the two world wars of the 20th Century. Managing a story with such a scope has certain challenges, which the author managed well. It's historical fiction and could also be called historical romance, though it’s not your usual romance because there are four men, each with their own story. It’s a clean read – no hot and heavy sex scenes.

This is an excellent read, and I recommend it to all fans of historical fiction, particularly if you're interested in the first half of the twentieth-century in London.
Read more
Helpful
Comment Report abuse

Charles A. Ray
VINE VOICE
5.0 out of 5 stars Story of a woman born way before her time
Reviewed in the United States on August 2, 2018
Lily Bancroft was a woman born way ahead of her time. Head strong and intellectually curious, she also has the psychic powers of communication with the spirits of the dead and the ability to heal. But, she lives in a time when women are only expected to marry and make a home for her husband and children.
Unbeknownst to her over-protective and domineering father, she takes part in seances at the home of Leslie, a budding inventor who allows a medium to use his home. Leslie, though unable to express his feelings, has loved her since he first laid eyes on her, but then, Percy, clerk in a brokerage house, sees her on the street, and he, too, immediately falls in love with her. The problem for Leslie is that Lily, at the first sight of Percy, falls for him.
It is at this point that the story really begins, leading to a series of failed relationships, betrayals, and deaths that shake Lily’s world to its foundations.
The Men and the Medium by Lyn Behan follows Lily’s tumultuous life through the backdrop of two world wars, the social and political transformation of post-Victorian England, and the turmoil of individual and family lives caught up in a whirl wind of social change.
The author does an excellent job of presenting the arc of Lily’s life as she drifts, often aimlessly, from one disaster to another. A well-thought-out narrative of turn of the century England and the impact that the drastic economic, social, and political changes had on individual lives.
I give the author five stars for a well-crafted first novel.
Read more
Helpful
Comment Report abuse
See all reviews