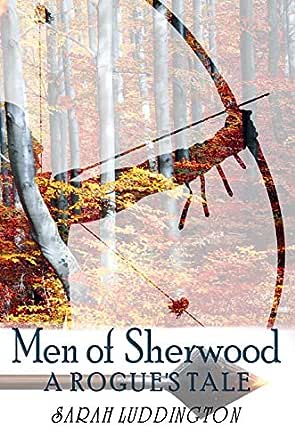 You've subscribed to A Rogue's Tale! We will preorder your items within 24 hours of when they become available. When new books are released, we'll charge your default payment method for the lowest price available during the pre-order period.
Update your device or payment method, cancel individual pre-orders or your subscription at
Your Memberships & Subscriptions
There was an error. We were unable to process your subscription due to an error. Please refresh and try again. 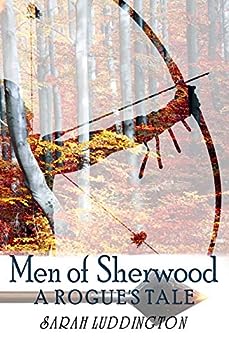 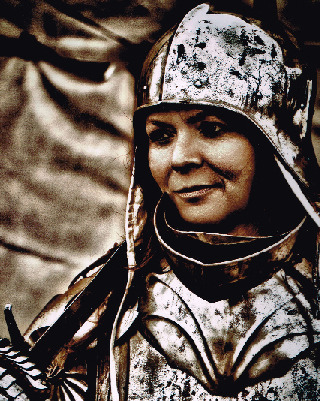 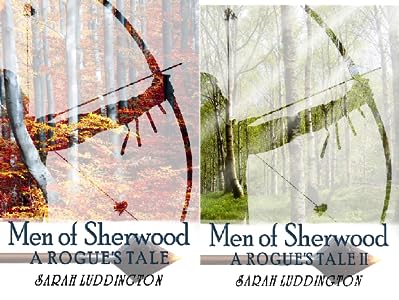 Kristi Cramer
4.0 out of 5 stars A well-written adventure...with an unconventional love story.
Reviewed in the United States on April 22, 2019
Verified Purchase
I'm a bit of a Robin Hood fan, so this caught my eye. I'm not even opposed to some m/m action, so that's not what kept me from giving it a higher rating. I liked the book - I just didn't think it was amazing.

The adventure part of the book was well done. I liked the way the fight against the Sherriff was portrayed. I liked Marian's part, and how she fit in the story. She was fierce and strong. Tuck and John, Much, and even Guy. Their stories and how they blended into the adventure...that all definitely gets the higher marks for me.

If it was all about the romance, it would probably only be 3 stars. And that not even because it was poorly written--it wasn't. It just felt really modern. I wasn't expecting to hear such contemporary language about men in sexual relations with each other. I mean, I suppose to be actually period-appropriate, there wouldn't be any talk of the romance of it. I reckon men just didn't talk about their feelings back then. Another reviewer mentioned "modern buzzwords" and that caps it, for me. For the most part, the rest of the book felt appropriate for the period, but then certain terms would tossed in that would take me completely out of the bubble, to the point it felt like reading two different books. Put the romance into a contemporary setting, and I'd probably give it 4.5-5 stars.

I do think that as a love triangle, it was fairly well represented. I mean, I could buy how Will could be attracted to both characters - I don't want to spoil who the second lover is, so I won't say any more than that. I will confess some of the sex scenes were pretty hot.

My rating for this book would be R+, for explicit m/m and m/m/m sex, dubious and non-consent triggers in a couple scenes (involving secondary characters) and mild-to-strongly depicted
Read more
2 people found this helpful
Helpful
Comment Report abuse

Drako
4.0 out of 5 stars Took a while but not bad
Reviewed in the United States on May 8, 2020
Verified Purchase
I picked this up because I am a fan of the author more than I am of Robin Hood. It took me a bit to get into the story, and I realize that this is at least partially due to a dislike of Tuck, and I don't particularly like Robin. I'm ok with Will, he has a painful backstory that makes me more likely to sympathize with him. By the end of the book, I actually despise Robin and am terrified that Will may still end up with him in the series. Kind of like her first series where I hated who the main character ultimately ended up with, I feel this one is likely going to be the same. I am interested to see where the series goes and to see if I'm proven right.
Read more
Helpful
Comment Report abuse

dmac
5.0 out of 5 stars Another great book!!!
Reviewed in the United States on April 14, 2019
Verified Purchase
I love this book. A great variation on a beloved legend, This is an adult book, not geared for children or teens and I like the fact that the author mentions this in the beginning of the book. It was a very fast read with a good plot
line including political intrigue. The characters are real human beings with problems, troubles, issues and history that drawers the reader in. I highly recommend and am eagerly awaiting future books in the series.
Read more
Helpful
Comment Report abuse

zandl2
5.0 out of 5 stars Another great story!
Reviewed in the United States on March 1, 2019
Verified Purchase
I love this spin on these great characters! It's amazing how Sarah Luddington can write about characters we are so familiar with and take us on such an amazing journey that you never see coming! Such a fun and sexy read! Sarah Luddington never disappoints!
Read more
Helpful
Comment Report abuse

kindle customer
5.0 out of 5 stars Sarah doesn't disappoint her fans!!!!
Reviewed in the United States on February 28, 2019
Verified Purchase
Once again I am ruined for all other books and desperately waiting for book 2! If there is any author that can capture the raw emotions of the characters on paper and bring them to life it's Sarah Luddington! One can only hope she can keep this series going as long as The Camelot series!!
Read more
Helpful
Comment Report abuse

Philip B.
5.0 out of 5 stars Another spellbinding series!
Reviewed in the United States on April 19, 2019
Verified Purchase
Just like the Lancelot series, this book is a page turner and down right addicting. How long before the next book in the series is released? If you have not read the Lancelot series I suggest you do so before reading this book. It will help get you excited for Men of Sherwood.
Read more
Helpful
Comment Report abuse

Elizabeth Gambichler
5.0 out of 5 stars Amazing as Always
Reviewed in the United States on February 23, 2019
Verified Purchase
A wonderful author and an amazing story can't wait for book 2, I'm rooting for Guy and Will they deserve each other.
Read more
Helpful
Comment Report abuse

JulyP
4.0 out of 5 stars liked it
Reviewed in the United States on October 23, 2020
I loved the robin hood twist, I enjoyed how the fight against the Sherriff was portrayed. Enjoyed Marian's part, and how she fit into the story. She was fierce and strong. Tuck and John, too, and even Guy. Their stories and how they blended into the adventure...that all definitely gets the higher marks for me.
Read more
Helpful
Comment Report abuse
See all reviews