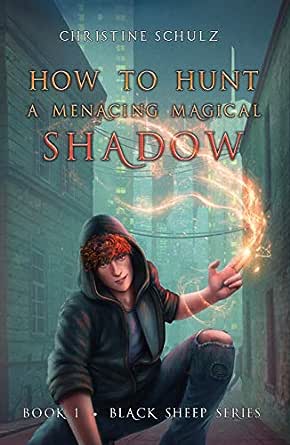 You've subscribed to Black Sheep! We will preorder your items within 24 hours of when they become available. When new books are released, we'll charge your default payment method for the lowest price available during the pre-order period.
Update your device or payment method, cancel individual pre-orders or your subscription at
Your Memberships & Subscriptions
There was an error. We were unable to process your subscription due to an error. Please refresh and try again. 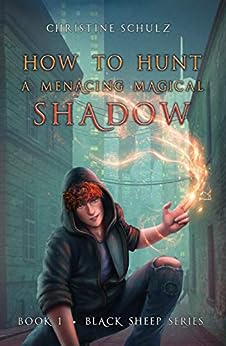 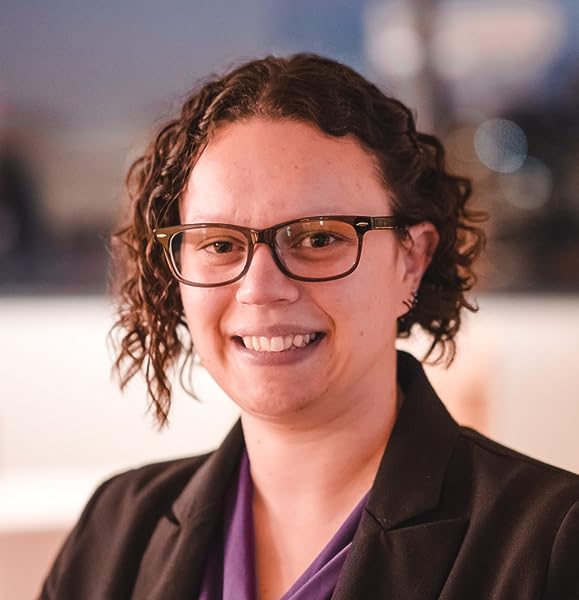 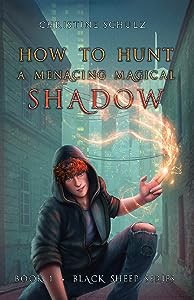 Vickie L. Grider
5.0 out of 5 stars Action, mystery, and humor
Reviewed in the United States on October 8, 2020
Verified Purchase
This was a fun read. There was a mystery about a menacing shadow following and trying to kill the main character in his dreams. There was a lot of humor, some of which was slightly crude. There was also some mild profanity. Since it seemed that there might be a sort of romance in the mc’s future, there was no sexual situations or innuendos. All of the characters were great and well written. It ends well, but with a slight cliff hanger. I definitely want to read the next book in the series.
Read more
Helpful
Comment Report abuse

Krista Gimeno
4.0 out of 5 stars Underdog hero
Reviewed in the United States on October 19, 2020
Adrian is a bullied, non-magical police officer in a newly and unpredictably magical world. Even though he is framed for murder, Adrian’s rage, sarcasm, and trust issues do not impair his desire to help people, which is one of his few likeable qualities.

His firm grip on his desire to help people becomes more understandable, as a hidden wellspring of his rage turns out not to be his own, after all. He’s got a squatter in his head. An angry, powerful magic-user, trying to emerge. And Adrian, true to form, doesn’t trust him one bit. If they contest for rule over Adrian’s body, who will win?

I wanted to like Adrian more, but I did find him complicated and with a certain logic behind his personality flaws. He is an underdog hero who finds himself honestly confused by the weird, off-putting and painful stuff that happens to him, by the obscure motives of the strangers surrounding him, and by the uncomfortable stirrings of his internal passenger, whose magical power is in opposition to Adrian’s natural magic-nullifying effect. Adrian wants to be able to use that power to help himself and stop the bad guys, but the cost might be his life. Is it worth it?

Perhaps he should ask the talking pug...

I requested a free copy of this book and voluntarily submit this honest review.
Read more
Helpful
Comment Report abuse

FenHarel
3.0 out of 5 stars A Unique Story
Reviewed in the United States on October 23, 2020
It's a different kind of story than what I'm used to reading, and I think a good one for people who would like modern-fantasy-meets-cop-life tale. I wasn't really a fan of the protagonist. I just couldn't empathize with his attitude, even with the backstory - but that's more a personal preference. The story also has a lot of the typical over-descriptiveness and lean on phrases we've heard many times before that are common in debut novels (authors have to start somewhere!), but if you're into the genre you might find that the story itself will make up for it.
Read more
Helpful
Comment Report abuse

J. Minag
5.0 out of 5 stars Full of Pomp & Zest!
Reviewed in the United States on October 14, 2020
Loved this book. The main character is very entertaining. It's a magical book that hits with sarcasm and other types of humor while it engages the reader with its interesting plot, which never fails to surprise with its directional turns in the storyline. If you like your fantasy with cleverness and witty humor, this books for you. I'm looking forward to reading the second book in the Black Sheep series when it comes out. Schulz definitely knows how to pen an engaging story. Oh my, the pomp and zest ... it spillith forward.
Read more
Helpful
Comment Report abuse

Scarolet Ellis
TOP 1000 REVIEWER
5.0 out of 5 stars Awesome Magic Story
Reviewed in the United States on September 25, 2020
How to Hunt a Menacing Magical Shadow (Black Sheep Book 1) by Christine Schulz is an awesome story that I have had the privilege to read. This is book number one in this start to a brand new awesome series that I have fallen in love with and am hooked on. I can not wait to read the rest of this awesome series. I highly recommend this story to everyone who loves reading about magic.

RLBKBJ
5.0 out of 5 stars Great start to a series
Reviewed in the United States on October 21, 2020
I think what I appreciated most about Schultz's story was that Adrian is likable, but, just as in real life, he's not perfect and there were some things about him that aren't so likeable. More importantly than likeing him, I got to get an idea of his motivations about what drives him, and it was that insight, along with a fast moving story, that kept me reading.
Read more
Helpful
Comment Report abuse

Lois Strachan
3.0 out of 5 stars A Fun Read
Reviewed in the United States on October 2, 2020
I usually enjoy urban fantasy books that include elements of magic in a world that resembles our own. In this book, magic is treated as a form of science or technology, which was an interesting take on the topic.

I found the main character dislikeable and difficult to connect to, which detracted somewhat from my enjoyment of the story. While this is eventually explained, I felt the author could have given us clearer signals earlier on that might have redeemed the main character for me.

Despite this, I found the book was an enjoyable read with some interesting characters and a refreshing use of magic. Worth a read!
Read more
Helpful
Comment Report abuse

thisisme
3.0 out of 5 stars Genre mashup
Reviewed in the United States on October 26, 2020
Genre mashup of cop thriller and fantasy. I don't love the genre mashup, each genre is usually rich enough on its own. Overall comes off as well-written with thought invested into the story. Looking forward to seeing what Christine Schulz comes up with after this series, in a new genre.
Read more
Helpful
Comment Report abuse
See all reviews