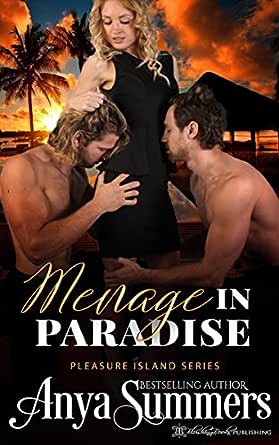 You've subscribed to Pleasure Island! We will preorder your items within 24 hours of when they become available. When new books are released, we'll charge your default payment method for the lowest price available during the pre-order period.
Update your device or payment method, cancel individual pre-orders or your subscription at
Your Memberships & Subscriptions
There was an error. We were unable to process your subscription due to an error. Please refresh and try again. 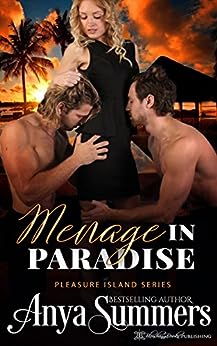 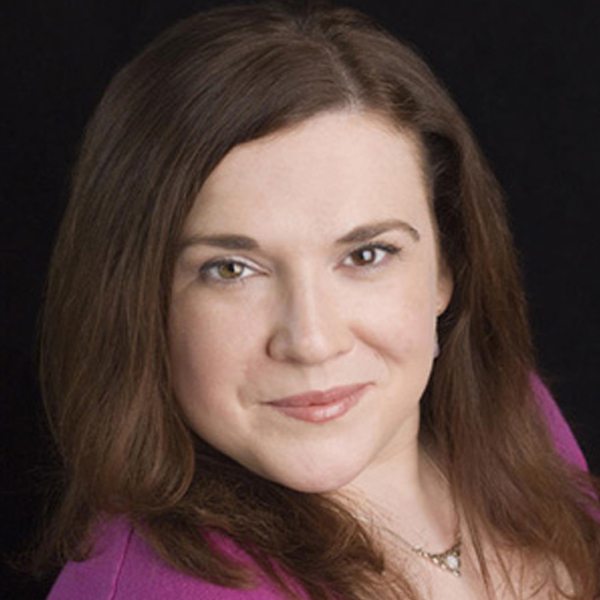 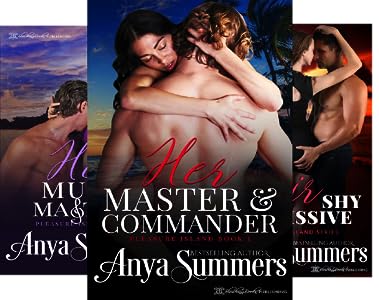 4.4 out of 5 stars
4.4 out of 5
102 global ratings
How are ratings calculated?
To calculate the overall star rating and percentage breakdown by star, we don’t use a simple average. Instead, our system considers things like how recent a review is and if the reviewer bought the item on Amazon. It also analyzes reviews to verify trustworthiness.
Top reviews

mpritchardmk Kindle Customer
4.0 out of 5 stars Trying to make a love triangle work
Reviewed in the United States on July 29, 2018
Verified Purchase
This is book 8 of the Pleasure Island series. Olivia is not a trusting sub. Ian is had his chance with O but messed it up. He knew her demons but didn’t do what a good Dom is supposed to do. He forgot the aftercare and honesty is key. Eric is needs some demons to quiet down. He needs to have peace and a sub he can call his own. When he sees Olivia on the boat to Pleasure Island he is captivated by her. Olivia wants Ian and has since that fated night in Scotland but the morning after realizations hit her and she ran. Now everyday is filled with bickering and harsh words between her and Ian. How can their business work? Let alone have a relationship. She is hoping that the tranquility of the island will help. Eric sees Olivia in the Club after the boat trip over to the island. He makes his move to woo her into being his sub for the week. Then jealousy takes hold of the two Doms as they try to woo her to their side. Finally it’s all too much and Jared steps in and makes them see how they are tearing Olivia apart. Could they possibly come together into a threesome. For her it appears they will try. This is an interesting menage story as the two Doms do not know each other and are not really friends but because the both want Olivia they are going to make it work. Love the story.
Read more
Helpful
Comment Report abuse

Toi Acton
5.0 out of 5 stars Loved It
Reviewed in the United States on January 13, 2018
Verified Purchase
When Olivia goes after what she wants Ian sees red and her with Eric - while they try to come to terms with what they have, they agree to share - but can they work it out and keep it after their time on Pleasure Island.
Read more
Helpful
Comment Report abuse

Redrabbitt
TOP 500 REVIEWER
5.0 out of 5 stars PLEASURE ISLAND JUST BECAME INFINITELY MORE INTERESTING
Reviewed in the United States on December 12, 2017
Verified Purchase
The Pleasure Island series is a spinoff from the Dungeon Fantasy Club series and will have some of the people from DFC make an appearance. Jared McTavish left Scotland and created a BDSM resort on a private island about an hour from Nassau. Many of the members of DFC will have access to Pleasure Island in an exchange agreement. The story is a spinoff, and each book will read as a standalone. They also have people from DFC, but if you haven’t read them, you won’t be lost.

In this story, the three main characters were all at the wedding of Declan and Zoey. Ian and Olivia performed together, and Eric is the drummer for The Harbingers, a rock band from Australia. Eric has come to the Island in hopes of finding peace and enjoy the company of a submissive or two, being the only one in the band who is not involved in a relationship.

The plot will have Eric, Ian, and Olivia all on the same boat ferrying them to the Island. While Ian doesn’t handle the water well, Eric and Olivia will become friends topside, and even make plans for that night at the club. Ian is in love with Olivia but has never acted upon his feelings since their night in Scotland, hurt that she would disappear before morning. How these two have been able to travel and perform together is a mystery, because they harbor feelings they pretend aren’t there.

The story has the green-eyed monster of jealousy, and it rears its ugly head and makes a scene. It doesn’t take long for Master Jared to see the effect these two Doms are having on Olivia and her well-being and he will step in and call a time-out. Learning that they are fighting over one woman, even though they came up with a schedule of time to share with her, it is overwhelming Olivia.

“He was sinking fast where she was concerned. Only time would tell whether he drowned, or if he found a life vest and stayed afloat.” “She does something for me. Calms the incessant demons inside me.”

The story isn’t your typical ménage scene story because it involves two Alpha Doms who each want to win her, not share her. It will take lots of compromises and acquiescences by all three individuals to come to a working understanding. While each man hopes she will choose them, her heart, her mind, and her body can’t make that choice.

What happens when each Dom wants Olivia to choose as to which is the one she wants to be with? Will the declaration of love from one, destroy the other? Does it have to be one or the other for them, or will they honestly accept the choice made by Olivia for their future?

“Each Dom spoke to a different part of her, and together, they made her feel whole for the first time in her life. She felt protected and safe, cherished in a way she never had before.”

Amazon Customer
5.0 out of 5 stars Menage in Paradise(Pleasure Island Boo 8)
Reviewed in Australia on December 14, 2017
Verified Purchase
I really loved reading this book and am so looking forwatd to reading tbe next book in this series and i found this book to be filled with drama, lots of passion, lots of hot raunchy sex, sensuality, sexuality, lots of kink, erotica, intensity, compassion, hope, honesty, sensitivity, forgiveness, trust, understaning, love, great storyline and it was an excellent book as well.
Read more
Report abuse