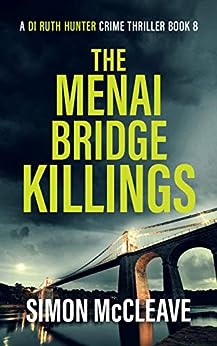 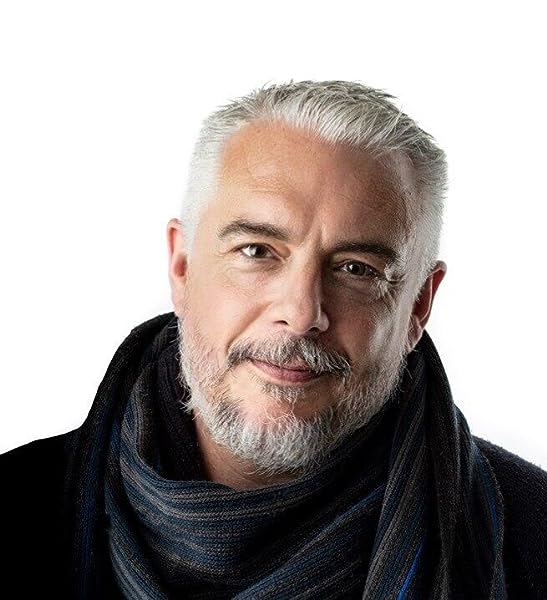 by Simon McCleave (Author) Format: Kindle Edition
Book 8 of 14: A DI Ruth Hunter Crime Thriller
See all formats and editions
Sorry, there was a problem loading this page. Try again.

A young couple on the run. A trail of death and destruction. Can DI Ruth Hunter stop Snowdonia's answer to Bonnie and Clyde before another innocent victim is murdered?

Simon is a million selling crime novelist. His first book, 'The Snowdonia Killings', was released in January 2020 and soon became an Amazon Bestseller, reaching No 1 in the Amazon UK Chart and selling over 300,000 copies. His twelve subsequent novels in the DI Ruth Hunter Crime Thriller Series have all been Amazon Best Sellers and many have hit the top of the UK Digital Chart. He has sold over 1.5 million books since 2020.

The Ruth Hunter Snowdonia books are currently in development as a television series to be filmed on location in North Wales in 2023.

SImon also has a very successful crime series set on Anglesey with Harper Collins (Avon). 'The Dark Tide', the first of the series, was the highest ever selling Waterstones' Welsh Book of the Month.

Simon McCleave was originally born in South London. When leaving University, he worked in television and film development. He was a Script Editor at the BBC, a producer at Channel 4 before working as a Story Analyst in Los Angeles. He worked on films such as 'The Full Monty' and television series such as the BBC Crime Drama 'Between The Lines'.

Simon then became a script writer for television and film. He wrote on series such as Silent Witness, Murder In Suburbia, Teachers, Attachments, The Bill, Eastenders and many more. His film, 'Out of the Game' for Channel 4 was critically acclaimed - 'An unflinching portrayal of male friendship.' (Time Out)

Simon lives in North Wales with his wife and two children.

AlliG
5.0 out of 5 stars This series gets better with every book
Reviewed in the United States 🇺🇸 on July 27, 2022
Verified Purchase
Excellent tory with more background than casework. Interesting development swith Ruth and Nick in theirpersonal lives. Great action scenes too.
Read more
Helpful
Report abuse

snave51
4.0 out of 5 stars Two kids on the run
Reviewed in the United States 🇺🇸 on September 24, 2021
Verified Purchase
After having a horrific life Finn Stirling has been resettled in northern Wales under witness protection . There he meets Kat Williams . She is desperate to leave her mother's home because of sexual harassment from her step father . So escapade begins . Multiple mistakes , and they are on the run from the police.
Read more
Helpful
Report abuse

LC Rogers
4.0 out of 5 stars Good story
Reviewed in the United States 🇺🇸 on December 27, 2021
Verified Purchase
This one had more rooting for the "bad guys," which I think was the intention. Ruth and Nick are always one step behind in pursuit of a young couple who were dealt a bad hand.
Read more
Helpful
Report abuse

Sereena K.
5.0 out of 5 stars He did it again! who needs Netflix!
Reviewed in the United States 🇺🇸 on March 17, 2022
Verified Purchase
Great story with the intertwining character subplots, w the romping Bonnie and Clyde story with a heart twist at the end.... and then the ever present Sarah!
Already binging on the next story!Again who needs Netflix. This author can keep any reader entertained!
Read more
Helpful
Report abuse

A. L. Caissie
4.0 out of 5 stars Best one so far
Reviewed in the United States 🇺🇸 on October 2, 2021
Verified Purchase
This was a quick read compared to the previous books, probably because of the somewhat sympathetic antagonists. However, Nick is about to get himself in trouble and Ruth’s obsession with Sarah is beyond tiresome. A throw-away comment about a new character probably being gay suggests Ruth may be about to find a new love interest (but not in this book).
Read more
Helpful
Report abuse

Suzanne Hess
5.0 out of 5 stars Great Series
Reviewed in the United States 🇺🇸 on April 9, 2022
Verified Purchase
Really enjoying this series. Getting to know the characters and their lives and the intertwined murder mystery has been addicting. Hope they keep coming!
Read more
Helpful
Report abuse

I Bugg
5.0 out of 5 stars Another winner!
Reviewed in the United States 🇺🇸 on February 10, 2022
Verified Purchase
Simon is an excellent writer, author. I've enjoyed every book in the DI Ruth Hunter series. I enjoy the history of the North Wales area also. Mystery and History!
Love it!
Read more
Helpful
Report abuse

John Bourgeois
5.0 out of 5 stars Great series, love the story lines and plots and great characters.
Reviewed in the United States 🇺🇸 on March 7, 2022
Verified Purchase
This series is great. The Characters are interesting and well developed and the plots and story lines keep you interested. Great read.
Read more
Helpful
Report abuse
See all reviews

carol thomas
1.0 out of 5 stars Disliked this book
Reviewed in the United Kingdom 🇬🇧 on March 22, 2021
Verified Purchase
The writer's political correctness usually means that there is a representative of every minority group in his novels. The main theme of this is the revenge of the victims of "paedos". The police seem to simplistically agree that any such revenge law breaking is justified .
In some ways it is quite hysterically distasteful and the characters and plot are way beyond belief. The books are fast paced and for some reason I cannot put them down but I am definitely not reading anymore as my reaction at the end was ,'awful'
Read more
5 people found this helpful
Report abuse

Nigel Firth
5.0 out of 5 stars Crime Drama set in N.Wales
Reviewed in the United Kingdom 🇬🇧 on March 7, 2021
Verified Purchase
Finn , a young man has a job in a DiY store . A teenaged girl Kat starts work there and they both feel an attraction for each other. One day after work Finn makes a mistake , committing a crime , whilst out to impress Kat . This gets the police involved and as they look at his records it becomes apparent that Finn is in Witness Protection .His protection manager visits him and decides he needs to be moved again. Finn decides he will not move without Kat and they hatch a plot to rob the money in their workplace and run away together. They go to collect Kat's belongings from her home and are confronted by her stepfather , who has been sexually abusing her .Things take a downturn and they have to go on the run from the police . They head to Holyhead to get the ferry to Dublin but are forced to turn around to escape detection . Many twists on the way and an unexpected turn at the end .
Read more
2 people found this helpful
Report abuse

carys cartwright
1.0 out of 5 stars Writer is losing the plot - not that there's much there now!
Reviewed in the United Kingdom 🇬🇧 on March 28, 2021
Verified Purchase
Have read all the Ruth Hunter books with some enjoyment up to now but enough is enough. This latest offering is so formulaic and lacks any development in plot or characters. Not to put to fine a point on it, downright boring. Also a need to widen vocabulary - lose count of how many times he uses "said sardonically".
Read more
6 people found this helpful
Report abuse

George: Retired IT Man
4.0 out of 5 stars Interesting!
Reviewed in the United Kingdom 🇬🇧 on March 31, 2022
Verified Purchase
A slightly different tale in the DI Ruth Hunter mysteries. I rather enjoyed it.

Perhaps not everyone's cup of tea but an interesting tale of a young offender and his new girlfriend as they struggle to leave their pasts behind. Pasts that include sexual abuse and violence.

If you liked previous books in the series, I think you'll enjoy this one too.
Read more

4.0 out of 5 stars Interesting!
Reviewed in the United Kingdom 🇬🇧 on March 31, 2022
A slightly different tale in the DI Ruth Hunter mysteries. I rather enjoyed it.

Perhaps not everyone's cup of tea but an interesting tale of a young offender and his new girlfriend as they struggle to leave their pasts behind. Pasts that include sexual abuse and violence.

If you liked previous books in the series, I think you'll enjoy this one too.

Mr. C. Benwell
5.0 out of 5 stars superb
Reviewed in the United Kingdom 🇬🇧 on February 28, 2021
Verified Purchase
if you have not read the Ruth Hunter books you are missing out on the best British police drama books written after the solace farm killings i did not think it could be topped but Simon McCleave has produced anther amazing read . although it can be read as a stand alone novel much better to read the whole series from the start ,again the last page has left us on a cliffhanger how am i going to wait until june for the next book thank you Simon for another great book
Read more
2 people found this helpful
Report abuse
See all reviews
Report an issue
Does this item contain inappropriate content?
Report
Do you believe that this item violates a copyright?
Report
Does this item contain quality or formatting issues?
Report