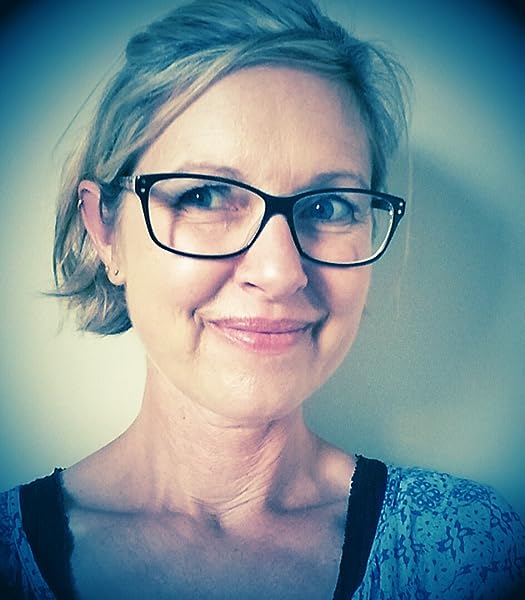 Jan Goldie loves to create imaginary worlds, whether they're alternate universes ruled by unpredictable magic, or entire alien civilisations hidden beneath the sea. She lives in a coastal city in the North Island of New Zealand with her family, two budgies and a small, annoying dog. She's a trained journalist who's chosen freelance freedom as her day job, writing communications and web content, while drinking lots of coffee and dreaming up her next novel. Secret ambition: to have blue hair Secret goal: to get a small, elegant tattoo Secret wish: that lots of kids enjoy her stories Her books and stories: *A Mer-Tale (ShellBeWrite) A novella. A Mermaid with the power to transform between Mer and human form confronts her family's lifelong enemy and finds herself in terrifyingly unfamiliar waters. *Brave's Journey (IFWG Publishing) Novel - A surprisingly quirky fantasy adventure for voracious readers and inquisitive minds. Discover a place where the nature of power is within the power of nature. Brave’s Journey escapes the ordinary. Shortlisted for the Storylines Tom Fitzgibbon Award 2014. Published in 2015. *Twisty Christmas Tales (Phantom Feather Press), short story: 'I don't like Christmas'. *Baby Teeth;bite sized tales of terror (Paper Road Press), short story: Love Hurts. Shortlisted for the Sir Julius Vogel Award 2014. *Conclave - co-author of a collection of science fiction and fantasy for young adults (Leapy Sheep Publishing)

Start reading A Mer-Tale on your Kindle in under a minute.

D Smith
4.0 out of 5 stars Fascinating sci-fi twist on mer-folk
Reviewed in the United States on May 21, 2015
Verified Purchase
This is a fascinating sci-fi twist on the mermaid mythology. Jan Goldie has created a unique and detailed world encompassing ocean, land, and space! A wonderful re-imagining of mer society with shades of a colonisation vs indigenous peoples conflict in a modern setting. Old traditions clash with futuristic technology and modern sensibilities as the characters fight for what they think is right.
There's a bit of back-story which I would have preferred to be shown in a more active way but that's being picky mainly because it's interesting back-story so I wanted to immerse myself more.
Over all, a very well developed world and interesting characters - there's no voiceless Ariel here!
If you're interested in a modern day mermaid with a sci-fi twist, give this one a read for sure.

Vivienne
5.0 out of 5 stars Fantastic mer-tale
Reviewed in the United States on March 1, 2015
Verified Purchase
A delightful, beautifully written story. Jan M. Goldie paints the scenery incredibly well, drawing you into her world and enticing story. Thoroughly enjoyable. Looking forward to reading more by this author, and hopefully about this world.
Read more
One person found this helpful
Helpful
Comment Report abuse

Jo Armstrong
4.0 out of 5 stars Just like a normal teenager
Reviewed in the United States on August 30, 2015
This is a teen novella packed full of drama, intrigue, secrets and action. Oh and did I mention special powers?
Thala is coping with her studies, her overprotective uncle, her desire for more freedom and her knowledge that there are secrets being kept around her. Just like a normal teenager. However, she’s also a mermaid who has physical training to keep up, an arranged marriage to contend with, and an old family feud that goes back generations and which involves the loss of her parents.
I enjoyed the fantastical setting of this story, and Thala is sure to appeal to all teenage girls. She is feisty, outspoken and naturally curious, but she also has a few secret weapons in her armoury which surprise even herself.
Read more
One person found this helpful
Helpful
Comment Report abuse

A Mer-Tale is a Young Adult contemporary fantasy novella, skirting closely science fiction. It primarily tells the tale through the POV of Thala, a young mermaid from an ancient mer-family, facing many personal and collective challenges, including the extinction of her race at the hands of an aquatic, alien race. I'll leave most of the spoilers now - it is worth a read.

I enjoyed A Mer-Tale and am impressed with strong world-building and character development in a relatively short work. At the same time, I feel that the story could have been longer, and there are a few places that are hurried - being a young adult story (as opposed to a young teen tale - middle grade), I think the audience would have appreciated delving a little deeper into the world, the cultures depicted, and most importantly, the characters and their interrelationships. Having said this, this is not a deal breaker - as I have already stated, Goldie has achieved much in a small space, which is no mean feat.

Thala's character is the most developed, which isn't surprising as it is her POV that dominates the story and given its first-person mode, allows the reader to easily slide into her thoughts. She is, above all else, and even beyond her prodigious burgeoning powers, a girl of determination and courage. This is, in my view, the theme that runs through the novella - the power of love and determination. Interestingly, there is a somewhat parallel thread running through the secondary narrative - that of Shiv, the uber-evolved alien (and which I think may have needed more expansion).

An outstanding dimension of Goldie's work is her scene-setting, bolstered by her strong imagination. Mermaid and Selkie tales abound in genre literature and Goldie has been able to knit such a tale with a fresh spin, most notably the concept of an alien/Earth conflict, with almost insurmountable differences, occurring beneath the ocean waves, and with humanity oblivious to it. On the surface this plot-line could appear ridiculous, far from the reach of suspended disbelief, but not in this particular case. It is strong and believable world-building.

I would recommend this one-night read to any lover of mermaid tales or imaginative young adult fiction.
Read more
Helpful
Comment Report abuse

Monique Coetzee
5.0 out of 5 stars Loved it!
Reviewed in the United States on March 18, 2015
Loved this book! A Mer-Tale is a breath of fresh air for those that love sci fi. Finally a science fiction novel that caters for young women that isn't riddled with trash. It's intelligent, gripping and entertaining. The language, character development and "mer-world" was so enjoyable. Crossing my fingers there's a sequel!
Read more
One person found this helpful
Helpful
Comment Report abuse

Sarah Gorringe
5.0 out of 5 stars Mermaid escapism at its best!
Reviewed in the United States on February 12, 2015
The characters are so well developed and described I am still having flashbacks of things that happened in this book months later! For me, that's a sign of a great book. Really exciting, gripping, interesting - fingers crossed there's a sequel??
Read more
One person found this helpful
Helpful
Comment Report abuse
See all reviews