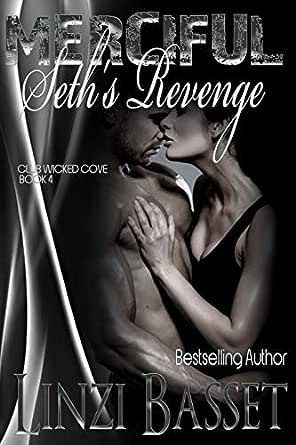 You've subscribed to Club Wicked Cove! We will preorder your items within 24 hours of when they become available. When new books are released, we'll charge your default payment method for the lowest price available during the pre-order period.
Update your device or payment method, cancel individual pre-orders or your subscription at
Your Memberships & Subscriptions
There was an error. We were unable to process your subscription due to an error. Please refresh and try again. 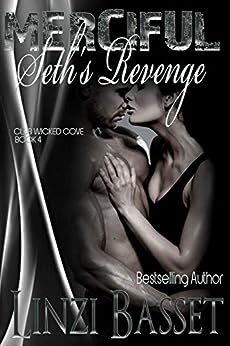 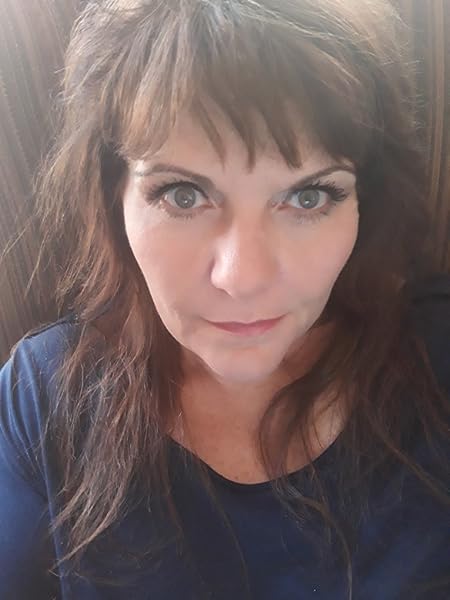 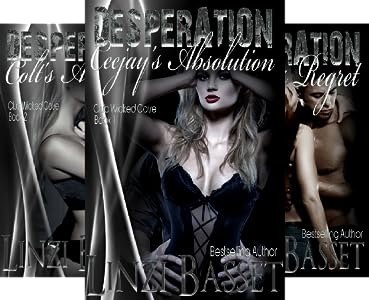 Linzi Basset is a Bestselling Author of suspense and paranormal romance whose passion for writing began at an early age. Linzi Basset reached Amazon Bestselling Author status with her very first series, Club Alpha Cove, a BDSM Club suspense series. All 11 books in the series achieved top 10 status on the Amazon Bestsellers ranking lists, with books 8 – 11 in the top 5 ranks. Book 11, For Amy, Their Cherished Sub achieved number 1 Amazon Bestseller ranking. His Forever Sub and His Cherished Sub were both nominated for the Golden Flogger awards (2016). His Cherished Sub was a finalist for the same award. Find her also on amazon.com/author/isabeljames in a collaboration of emotional and spiritual tales of discovery written in rich prose. Click on her website at: www.linzibassetauthor.com where you will find upcoming information about new releases, and excerpts from her books. Subscribe to her newsletter and join her on Twitter @LinziBasset or say hello on Facebook. --This text refers to the paperback edition.

Mel M
5.0 out of 5 stars Tortured Love
Reviewed in the United States on May 18, 2017
Verified Purchase
This book has so many twists and turns, intrigue, suspense and mystery that it kept me spellbound. So many characters crossing and double crossing one another you nneded a scorecard and spread sheet to keep track. Seth Harris suffered incredible physical and psychological torture when kidnapped at 17. As a result his whole adult life has been about plotting and executing revenge on his and his sister's kidnappers. This need for revenge has left him devoid of any real positive emotions. That is until he encounters Sasha Barlow. Sasha, herself, suffered terrible abuse from her ex-husband, leaving her scarred physically and mentally. From her first meeting with Seth she trusts him implicitly. As her Dom trainer, Seth does not go easy on Sasha but she pretty much handles everything he throws at her. When, at last, Seth's revenge is complete and he finally feels he can move on to really living, matterr arise involving Colt and the Occhipinti Mafia family that drag once again into a need for revenge. But at what price.

Jacquie
5.0 out of 5 stars Love, sex, suspense and testosterone --Fantastic
Reviewed in the United States on July 29, 2017
Verified Purchase
Already hooked on this series!!! Another page turning character storyline that dives into Seth's past, and broadens this storyline even more. Thank goodness the next book is released. I am addicted
Read more
One person found this helpful
Helpful
Comment Report abuse

Charlotte
5.0 out of 5 stars Another Must Read from Linzi Basset
Reviewed in the United States on July 4, 2018
Verified Purchase
The Wicked Cove series continues with Seth Harris and Sasha Barlow's rollercoaster journey as the mafia continues to manipulate the lives of Colt, CeeJay, Nolan, and now Seth and Sasha. Damaged souls that they are, Seth and Sasha recognize a kindred spirit in each other. Each fights their demons and their continuing attraction to the other. Another Must Read!!!!
Read more
Helpful
Comment Report abuse

Robin Reviewer
2.0 out of 5 stars Seth was hot and cold and didn't deserve Sasha
Reviewed in the United States on January 7, 2020
I read the Devil's Cove series first and then the Alpha Cove series. Devil's Cove is definitely the best. This author does a good job of putting twists and turns in the bad guy story line in her series. However, I think her writing style is too uptight. I don't think that is a helpful way to write it but I can't think of anything better to describe it as.

In this series, the bad guy portion is the bigger part of the action. I was reading it for erotica, so that is disappointing to me. Colt is just a bad person and his story was a bad start to the series. I pushed through hoping the rest would be better and they are but not as good as others.

This book was frustrating because of Seth's behavior. He kept going hot and cold with Sasha. One moment he is claiming her and the next he is touching another woman. He continually sends mixed signals. Something bad happened to him many years before and on the anniversary of that, he goes on a sex spree. He has sex with one woman after another all night long. That was part of the hot and cold. He had sex with 3 women on the anniversary that time and Sasha stops him and tells him she isn't going to let him do that to himself. It's been a few days since I read it, but I think she ends up having sex with him the same night. I would have walked away. He needed to have done some major overtures to apologize for that behavior. He needed to beg for her to stay with him and she practically just blows it off. There were earlier times where she was jealous and walked away but not the worst time.

I think the author has great ideas and a great imagination but I feel like her books are about 80% there. The grammar, even when it isn't incorrect, can be awkward. Blushing books definitely needs to fire this editor. An example of a grammatical error is "Colt Fargo had seized to exist." Clearly, that should be "ceased." This is the second book where she has made that mistake. It wasn't the same sentence that she copied from one to the other. I hope to see the author’s quality improve in the future!

If I read reviews that fully expressed how I feel about this series, I wouldn't have read it. I would still read the other two but wish this author could grow some in her writing and get a new editor.
I like it when authors slip in 2 dollar words here and there but she goes overboard. If you are reading a sex scene, you really don't want to have to look up the meaning of a word. That's not the opportune time to throw in big words. It can be a distraction when the steam is rising to have to stop to look up a word.

One last thing I didn't like about this series compared to the other two is they didn't make a big deal about presenting the sub with a gorgeous collar. I personally couldn't tolerate a choker I had to wear with everything whether it matched or not but the symbology is kind of romantic. My husband, even if he were a billionaire, would never go to the effort to have jewelry designed for me and present it in such a proud fashion, so I guess that's why I miss it in this series. For that matter, the collars in this series weren’t always nice
Read more
Helpful
Comment Report abuse

Sj
5.0 out of 5 stars Loved it
Reviewed in the United States on June 14, 2017
This is Seth's story, Seth was kidnapped as a teenager along with his sister. For many years Seth has be planning revenge, he has not really had a proper relationship due to his lack of emotion. Seth has agreed to be the trainer for the new Doms & Subs at the club.

There is plenty twists and turns within the story and the sex well they are off the charts, impatiently awaiting the next installment.
Read more
One person found this helpful
Helpful
Comment Report abuse

vlbksf
5.0 out of 5 stars Have mercy on me........
Reviewed in the United States on May 20, 2017
Once again Linzi has written a barn burner of a book. Filled with intrigue, revenge and emotions that run the gamut. The pain and suffering that Seth and Sasha go through on the road to finding what they need for themselves and each other, Oh boy! You will want to cry and laugh, curse the author (I have mad love for her fyi), yell at at some of the players, bash others over the head. You will want to have extra panties on hand, as yours may spontaneously combust from the erotic scenes. I needed a fan. HOT! HOT! HOT! There is a cliffhanger, thus the cursing at the author 😀. I am impatiently waiting for the next book in this series! Tapping my foot and drumming my fingers........
Read more
One person found this helpful
Helpful
Comment Report abuse

MC
5.0 out of 5 stars Made me feel the struggles and pain
Reviewed in the United States on May 17, 2017
I have read all the books in this series, and this one struck me the most, as in the pain and suffering of the main character, Seth. The feelings of unworthiness, no deserving of anyone's love. It's well written, makes you stop and feel the emotion of what is happening. It captures you not only in the mind, but I felt the struggles down into my soul...The ending shocked me, can't wait for the next book ... I definitely loved how Characters from other series (Quade from 'Club Alpha Cove') are brought in to sink the series together. Well done, keep the books coming.
Read more
One person found this helpful
Helpful
Comment Report abuse
See all reviews