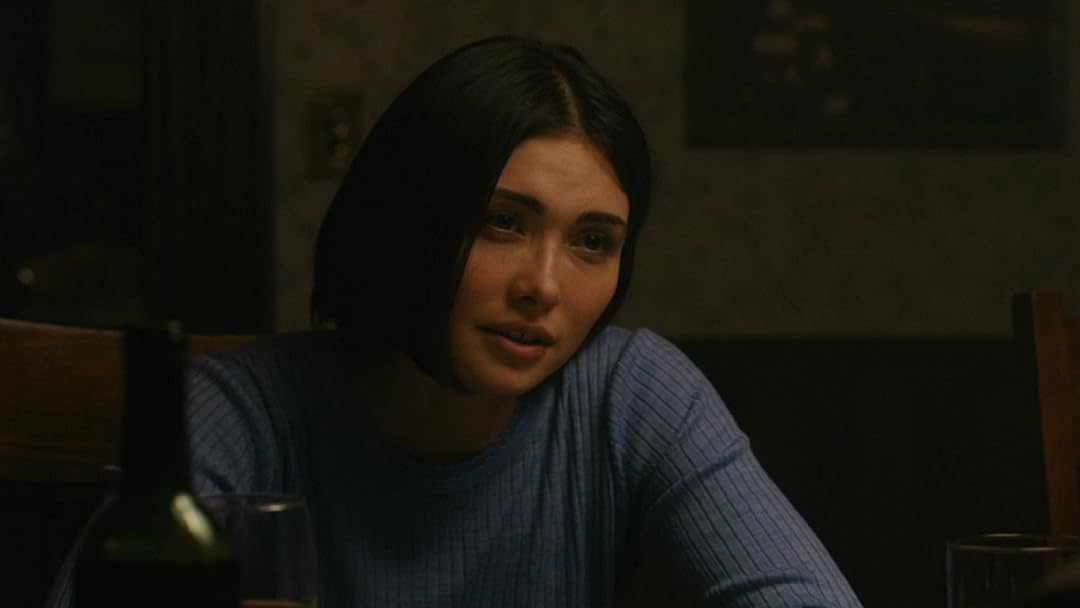 (66)
4.91 h 28 min2019X-RayNR
Years after stabbing a classmate to conjure an imaginary phantom called Mercy Black, a woman returns to her hometown to face her fears before Mercy Black claims her nephew.

Frederick Charles KruegerReviewed in the United States on March 26, 2022
5.0 out of 5 stars
Mercy Black digital
Verified purchase
Bought this when it was on sale. Kept us entertained through the entire film

Amazon CustomerReviewed in the United States on April 29, 2019
5.0 out of 5 stars
It's a great thriller.
Verified purchase
Loved it.

Jose A. CorreaReviewed in the United States on June 20, 2019
1.0 out of 5 stars
DUD
Verified purchase
Boring and story line drags on

Tim F. MartinReviewed in the United States on June 1, 2019
3.0 out of 5 stars
Not bad, a bit undercooked and under developed
I wanted to like this movie a lot more and it certainly wasn’t a bad movie, it just wasn’t as good as it could be. It felt a little undercooked, that it could have benefitted from being a bit longer and hashing out a few plotlines and character development in greater detail. It had some good jump scares and subverting of expectations but some of these didn’t have the impact they might have had because of lingering confusion about a few elements.

The premise is that our protagonist, Marina Hess (played by Daniella Pineda) is after 15 years in a mental institution is at last released, going to live with her sister Alice Hess (played by Elle LaMont) and her nephew, Alice’s son Bryce (played by Miles Emmons). Marina, along with her friend Rebecca Cline, had as middle schoolers (?) lured another friend by the name of Lily out into the woods with the intent to stab Lily and cut off one of her fingers (leaving Lily for dead), intending all of this as a sacrifice to create what they called Mercy Black, a creature that would protect them and watch over them but that also demanded a hefty sacrifice in return (oh and was also super scary).

This is the world of today, where true crime dramas are popular and various things can go viral, and though Marina is unaware of this (having to be told how to use the internet), others aren’t. Marina faces pressure to cash in on her story (a story she had absolutely no interesting reliving) all while Bryce, previously unaware of Mercy Black, becomes a bit obsessed with the creature and starts to emulate what Marina and her friends did years ago.

Throw in Marina seeing things and a long “is the monster real/is the monster Marina’s imagination” dynamic, all while Marina deals with the reality of how people accept her and the dark path Bryce seems to be following and there is ample fodder for a good story. Are people being mean to her because they don’t like her, or is the monster doing things? Is Bryce falling down a dark well of obsession and various Not Safe internet searches or is Mercy Black tempting him?

However, the premise is a good bit better than the actual story. We don’t enough of Bryce’s point of view to see what it is he is facing; he at times just seems to start acting bad, one moment a open, vocal, chatty kid with lots of understandable questions about Marina and Mercy Black, the next a demon kid who yikes yeet him away from me (sorry if that is spoilers). The transition just isn’t there, ironic perhaps in a movie that has some rather slow pacing at times yet is relatively short.

The is the creature real or not dynamic, while a predictable trope, is nonetheless a good one, and at times is effectively handled with Marina going to great lengths to establish it isn’t real…but then when things change a bit, it suddenly seems, sigh, less convincing? I don’t know how to discuss without being spoilery, but there seemed to be a transition issue again, of how the creature is firmly in one camp and then suddenly maybe not? It’s abrupt and doesn’t feel earned and when the line is crossed it doesn’t seem convincing (as in I see that the line has been crossed, I think it wasn’t well handled).

I just don’t get why Marina didn’t think for a moment the creature was real and then pretty much her first night with her sister starts to think so. I also didn’t understand a dynamic or plot thread where Alice hides from Bryce why his father isn’t present; the plot thread wasn’t really explained and I wasn’t sure why it was there other than to perhaps maybe show that Alice tells white likes and suggest why Alice lied to Bryce about Marina being in a mental institution (a lie that soon unravels); to protect Bryce. The creature lacked any real impact on me, it certainly wasn’t as visceral or as impactful as many other movie monsters. I would even see it was kind of badly done and strangely I don’t really mean bad CGI. All this ending was very confusing.

I liked the actress who portrayed Marina, she was believable and likable. The actress playing Alice, Marina’s sister, actually looked like her and had a good role though sort of vanished towards the end. The boy who played Bryce could have been given more to do to develop his character as the actor appears to have been able to handle it. There are some good twists and some good tension in the film. Like I said, it isn’t a bad film, just a bit undercooked.

The Movie GuyReviewed in the United States on January 17, 2021
4.0 out of 5 stars
I made a promise
Marina Hess (Daniella Pineda ) is let out of the mental institute after 15 years. She was involved in some mischief as a child and blamed it all on Mercy Black, and imaginary figure. Mercy Black has gone viral with copycat killings designed to make Mercy a person again. Marina lives with her sister Alice (Elle LaMont ) and her young nephew Bryce (Miles Emmons). Bryce starts seeing Mercy Black and Marina must figure out, as does the audience if Mercy is real or not.

This is similar to the Slender Man story. I wished Mercy Black had some sort of background story, but didn't. I liked the slow build-up and the ending. The production could have used a few more scenes and slowed things up a bit at the end.

Guide: No swearing, sex, or nudity. 3 1/2 stars
One person found this helpful

tuna on toastReviewed in the United States on April 3, 2019
3.0 out of 5 stars
Better than Slender Man (2018), at least
Not bad for a low budget horror movie, but not quite good enough to recommend. Although the story occasionally went places I didn't expect, at other times it was very predictable. It also felt a little slow for a movie that was under 90 minutes.

People who are fascinated by urban legends might enjoy this more than I did. It was certainly better than last year's "Slender Man" movie.

FizzleReviewed in the United States on October 11, 2019
3.0 out of 5 stars
Missing Some Things
Missing the propagating of the idea of the monster. Missing the incentive to worship the deity. Missing the mechanism of the evil. Appearance of the monster was elementary school project. Besides that it was an ok movie.

ElectricSheepReviewed in the United States on September 2, 2019
2.0 out of 5 stars
Meh-tastic!
Out of the gate, the actors’ performances are solid and there’s a moody, spooky atmosphere. These two things alone should have saved this movie, but the pacing put me to sleep. No really, I fell asleep. The story itself is interesting enough, mirroring the real-life Slender Man murders, but it’s so slow I couldn’t stay awake. I did, however, wake up in time to see everything come together at the end... and when it faded to black: meh.
See all reviews
Back to top
Get to Know Us
Make Money with Us
Amazon Payment Products
Let Us Help You
EnglishChoose a language for shopping. United StatesChoose a country/region for shopping.
© 1996-2022, Amazon.com, Inc. or its affiliates