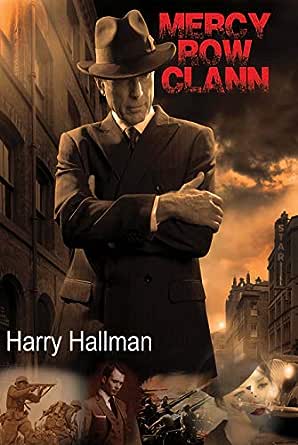 You've subscribed to Mercy Row! We will preorder your items within 24 hours of when they become available. When new books are released, we'll charge your default payment method for the lowest price available during the pre-order period.
Update your device or payment method, cancel individual pre-orders or your subscription at
Your Memberships & Subscriptions
There was an error. We were unable to process your subscription due to an error. Please refresh and try again. 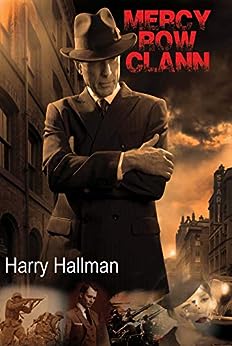 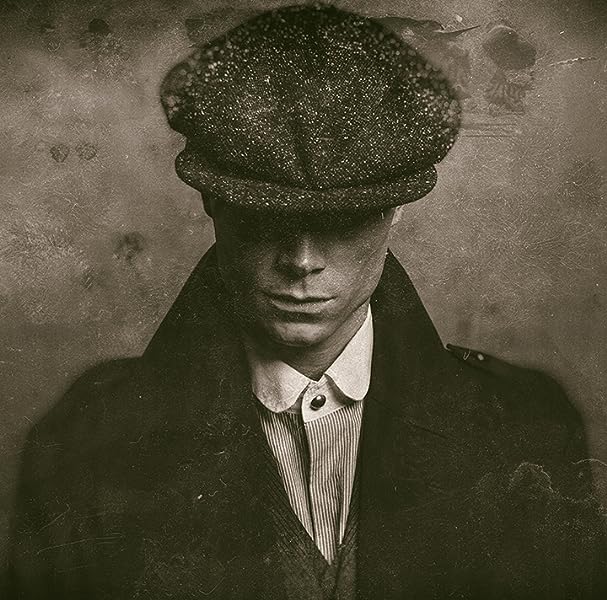 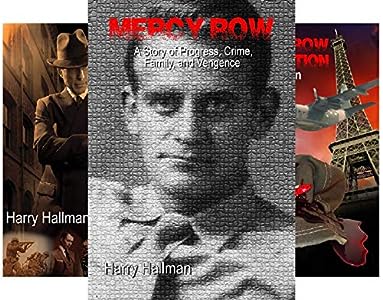 Harry Hallman Hallman was born in 1944 and raised in the Kensington section of North Philadelphia. That was a year before World War II ended. He was influenced by the stories told by returning servicemen and the proliferation of war movies that were shown on the then new invention of the television. With the influence of movie heroes such as John Wayne, and real heroes like Audie Murphy, he gained a healthy respect for his mother and father's generation and their sacrifices. His uncles on his mother's side both served in WWII, one in the Army and one in the Navy. Hallman's father was Harry Hallman, Sr., a champion billiards player who also owned a poolroom called Circle Billiards, located at Allegany Avenue and Lee Street. The younger Hallman spent many hours after school at his father's poolroom and watching his father play in other poolrooms in Philadelphia and New Jersey. The people he met, some belonging to the real K&A Gang, influenced his writing of the Mercy Row series. He served four years in the U.S. Air Force, including two tours in South Vietnam, as a photographer. He is married to Duoc Hallman, whom he met in Vietnam, and has two children, Bill and Nancy, and one grandchild, Ava. Hallman is a serial entrepreneur who has created several marketing services and digital media companies and continues to work as a marketing consultant. --This text refers to the paperback edition.

Will Ryan
5.0 out of 5 stars The Epic of the Byrne Family Continues in a Terrific Sequel by a Compelling Writer
Reviewed in the United States on November 15, 2014
Verified Purchase
Harry Hallman has outdone himself in this sequel to his previous book, "Mercy Row: A Philadelphia Story." The Byrne family epic continues, taking us through the tumultuous World War II years. Hallman has meticulously researched the era and the city of Philadelphia, and he provides a view of the time and place no one, as far as I know, has ever taken. Although the story is filled with gang action and there's a new fight or adventure on almost every other page, Hallman makes the era so vivid and so intense you feel as if you've lived though it. The description of the city transit strike, a comment on waling as an ancient industry in Cape May, New Jersey, the feel for the food and the streets and the people, the complex and sometimes conflicting motivations of family and business, the unrelenting pressure from rivals within and without the city, brings the reader so deeply into the story it's hard to put the book down. I burned right through it in two long readings. Although it's a page turner, it's also a book to be savored and enjoyed as a vision of a time not so far distant but now almost lost and forgotten. Mario Puzo move over, you've met your master.
Read more
2 people found this helpful
Helpful
Comment Report abuse

Mike C.
5.0 out of 5 stars Two down....One to go!
Reviewed in the United States on May 25, 2016
Verified Purchase
Just finished Book 2 (Mercy Row Clann) after devouring Book 1. Haven't changed my opinion of the series one iota. If anything, this was better than the first. Just the right amount of detail, non-stop action when it mattered, kept my interest level consistently high. I sometimes felt like I could smell the food cooking and hear the bullets whining past my head.
Can't wait to start Mercy Row Retribution.

Amazon Customer
4.0 out of 5 stars Family First
Reviewed in the United States on November 1, 2016
Verified Purchase
It was so interesting and gave us a smooth transition into the how's and whys of Asian and American relationships. It is sad that I'm real life, the Black Americans came home and received no recognition, support, or respect; they were so young. I especially like the relationships of the three cultures in Mercy Row and the woman were pretty sharp and took care of business. Family matters---the theme throughout.
Read more
Helpful
Comment Report abuse

Charles S
2.0 out of 5 stars Punctuation and grammar
Reviewed in the United States on January 13, 2019
Verified Purchase
This book needs a proofreader. Spelling and punctuation errors were rampant and distracted from the story. The improper use of apostrophes was the worst. Remember - plural versus possessive.
Read more
Helpful
Comment Report abuse

Tim
5.0 out of 5 stars Get yourself comfortable, you won't be able to put this one down once you start reading.
Reviewed in the United States on April 15, 2018
Verified Purchase
Highly recommend!
Read more
Helpful
Comment Report abuse