Mere Civility: Disagreement and the Limits of Toleration and millions of other books are available for Amazon Kindle. Learn more
Share <Embed> 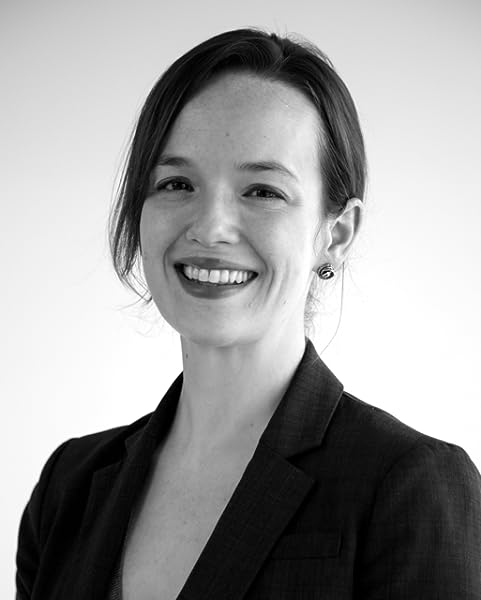 Mere Civility: Disagreement and the Limits of Toleration Paperback – October 29, 2019

by Teresa M. Bejan (Author)
4.8 out of 5 stars 15 ratings
See all formats and editions
Sorry, there was a problem loading this page. Try again.
Read more Read less
Previous page
Next page

“Mere Civility is centered in the years after the Reformation, when the emergence of myriad Protestant sects splintered communities across Western Europe. That splintering was magnified, just as in our own time, by the explosion of a new means of communication―the printing press―which allowed people who had never before had a public voice to spread their ideas far and wide. Invectives and broadsides were the order of the day, as members of different religious denominations fought for each other’s souls, and incivility became a central concern of political thought. I doubt that for most readers of Mere Civility, this account of social disarray in the Reformation years is a huge surprise. But by keeping a tight focus on the concept of civility, Bejan manages to make that old story feel new―or at least to draw new lessons from it, lessons that are particularly interesting within the context of contemporary political theory… [Mere Civility] does not purport to solve the problems of incivility, but it unknots them, making the nature of the problems―both in general and in this time of numbing nostalgia―more evident. Would that more of us might learn to look into the past with such gravity and humility. We might end up with a more (or mere) civil society, yet.”―Susan McWilliams, Los Angeles Review of Books

“A deeply admirable book: original, persuasive, witty, and eloquent. It is also admirably, bracingly, skeptical, in the best sense: the kind of liberal skepticism that we associate in political theory with Judith Shklar, Bernard Williams, and George Kateb.”―Jacob T. Levy, Review of Politics

“Mere Civility is a terrific book―learned, vigorous, and challenging. Bejan makes Roger Williams the hero of this story and the thinker who provides a principled justification for America’s exceptional permissiveness toward ‘uncivil’ speech. Justifying the American status quo isn’t easy. Doing it with arguments that are often surprising is even harder.”―Alison McQueen, Stanford University

Teresa M. Bejan is Associate Professor of Political Theory in the Department of Politics and International Relations at the University of Oxford and a Fellow of Oriel College.
Start reading Mere Civility: Disagreement and the Limits of Toleration on your Kindle in under a minute.

An interested reader
5.0 out of 5 stars A major (re)examination of a crucial topic
Reviewed in the United States on January 4, 2017
Verified Purchase
This book is a tour de force--an extremely careful, serious, and sophisticated analysis of a topic of cardinal importance to contemporary America. In clear and sprightly prose, Bejan examines the views on civility of three major thinkers (Roger Williams, Hobbes, and Locke) in order to contemplate the best way to ensure civility in our own wars of words. Surprisingly--and intriguingly--, Bejan argues that Williams' more minimalistic approach to civility and toleration is the best model for our age of anonymous Internet trolls and our Tweeter-in-Chief. And this is the case, despite the fact that Williams has not made nearly the sort of impact on scholarly discussions of civility as have Hobbes and Locke--and despite the fact that Williams himself was a polemical zealot who was so extreme he made Cotton Mather uncomfortable. Bejan doesn't hide any of these facts, and yet she masterfully and convincingly argues that Williams' view of "mere civility" is the best way forward.

It is really refreshing to read such a well argued monograph that proposes a more civil libertarian approach to tolerance. In an age of "safe spaces" and "micro-agressions," Prof. Bejan's work is needed all the more. And yet even those who won't agree with Bejan will gain much from this book: her analyses of Williams, Hobbes, and Locke are all beautifully contextualized, carefully drawn, and filled with interesting information. More generally, Bejan demonstrates that our current age of uncivil discourse is hardly an anomaly: the early modern period had its own precursors to speech codes and hate-speech legislation, and the printing press once played the role of today's Internet.

In all, this is a fascinating book on a crucial topic. Anyone worried about the current state of our political rhetoric must read it.

Joshua J. Libling
5.0 out of 5 stars Readable Work of True Scholarship on An Important Topic
Reviewed in the United States on February 3, 2017
In this fantastic book, Dr. Bejan tackles the problems of civility and tolerance through examination of three thinkers: Roger Williams (the founder of Rhode Island), Hobbes, and Locke. But lest anyone worry that that means you need a PhD to understand it, you don't. The book is extremely readable, and Dr. Bejan's writing styles allows her to communicate the nuances of three different theories of how we can or should all exist together despite profound differences of opinion in a way that is approachable without being simplistic.
Stated briefly (and, hence, inaccurately), the thesis of the book is that Roger Williams hit on an idea of mere civility that allows for rude, rambunctious, honest debate without the disputants attempting to eject each other from society, and that this theory is better than the other alternatives. Those alternatives--civility through conformity of publicly expressed views (Hobbes) and civility through joint commitment to minimum requirements for trustworthiness (Locke)--are given not only their historical contexts but also explained in their modern day incarnations. Dr. Bejan effectively utilizes these models of civility as a contrast to show why Williams' conception is the only one that truly take the vagaries and variety of human character and opinion into account. The result is to provide significant insight not just into the religious toleration issues Williams, Hobbes, and Locke were grappling with, but also into our own more modern issues of largely political (in)civility.
Of course, if you do have a PhD, this book is also full of notes and references to the other major writers in the field, and it engages deeply with the surrounding literature. Luckily for the rest of us, you don't need to already have read that literature to understand the points being made.
Read more
8 people found this helpful
Helpful
Report abuse

P. GIBSON
5.0 out of 5 stars Timely Reassessment
Reviewed in the United States on February 20, 2019
Mere Civility considers "civilitarianism". This complex, well written book delves into the history involving three views of civil speech brought to us by the lesser known radical preacher Roger Williams who founded Providence (RI) Plantations in 1636. The other two are from Thomas Hobbes, and John Locke. Each argument essentially rises out of the turmoil of the reformation. Williams was for the most liberal forms of free speech whereas Hobbes was for the most legislation against it. Locke . . ? His ideas changed over time but had no foundation.
For Williams, the free exchange of ideas was necessary for freedom, education and civil tolerance. For Hobbes it was the end of civility and people must be silenced for the good of all. Today we have free speech. Will we prove Williams or Hobbes correct? Today we have plenty of intolerance on the left as well as the right. Sometimes calls for civility effectively silence others.
Whether you, like me, agree with Williams that a high degree of disagreement should not only be tolerated but encouraged and debated (that we have a civil obligation to make our best reasoned arguments with those who disagree), or you think we should keep quiet, a degree of personal responsibility is required to maintain any such freedom. But if speech is intended to bludgeon and inhibit the chance of others to speak freely, this conflict of rights becomes difficult to sanction.
Civility need not be pleasant, particularly peaceful or harmonious but it will be open, and this openness is a foundation that might dispel a lack of trust. Or we can go on ignoring one half of our countrymen by denying their values.
Read more
3 people found this helpful
Helpful
Report abuse

Uli Baer
5.0 out of 5 stars Great and incisive study of civility from a philosophical yet accessible perspective
Reviewed in the United States on January 31, 2019
Bejan explains that the general idea of civility, as being agreeable and friendly, has little to do with "mere civility," which allow people to discuss antagonizing subjects while letting the other party still see another day. She examines Hobbes and Locke, and Roger Williams, who favored tolerance, to make a clear distinction between "civility talk," which is pretty pointless, and "mere civility," which allows us to hold on to our differences without letting them divide us.
Read more
2 people found this helpful
Helpful
Report abuse
See all reviews

Amazon Customer
5.0 out of 5 stars The best piece of academic writing I have read in a very long time
Reviewed in the United Kingdom on August 23, 2017
Verified Purchase
This is a truly outstanding piece of scholarship. If read widely, this book has the power to challenge, and vastly improve, the ways in which disagreement is approached in our political cultures.
Read more
2 people found this helpful
Report abuse
See all reviews