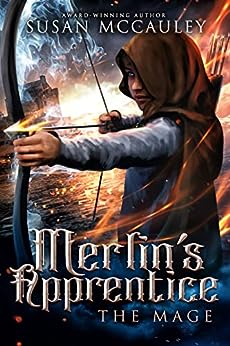 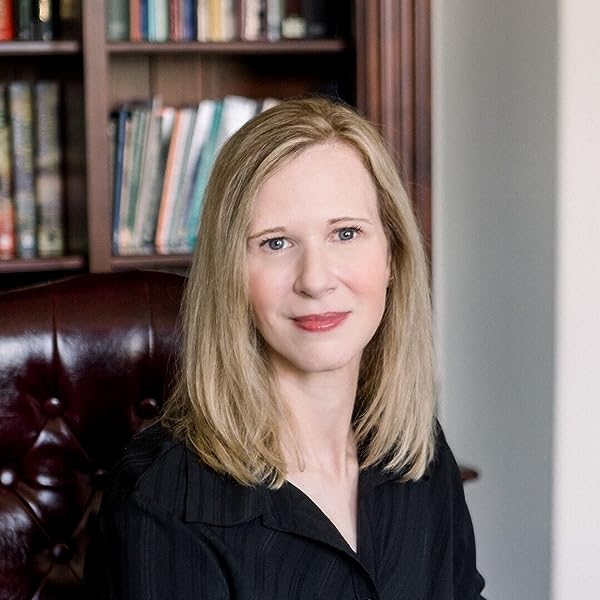 by Susan McCauley (Author) Format: Kindle Edition
Book 1 of 1: Merlin's Apprentice
See all formats and editions
Sorry, there was a problem loading this page. Try again.
Twelve-year-old Pip must embrace his magical powers to rescue his family from slavery—or help the king save the realm—a decision that will tear his world apart.

Desperate to keep his family together, Pip hides his power so he can be sold with them. But when his father and brother are sold to different mages and the slavers attempt to separate his mother and sister, Pip loses control and injures a slaver with magic. The uproar catches the attention of the southern king’s druid advisor, Merlin, who quickly offers a place to Pip, his sister, and his mother. On the road to King Arthur’s court, bandits attack their camp, and his family is further torn apart. Pip has no choice but to work with Merlin—who may not be the evil mage Pip assumes him to be—to learn to harness his powers so he can help King Arthur stop Mordred. Only then might Pip have a chance to see his family together again.
Read more
Previous page
Next page
Books In This Series (1 Books)
Complete Series 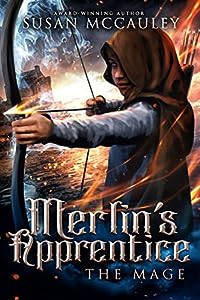 "With vivid scene-setting, McCauley expertly draws readers into a perilous, sometimes ruthless world as experienced through the eyes of a boy consumed by guilt and grief over his family's plight and the uncertainty about who he is becoming." - Kirkus Reviews

"Merlin's Apprentice: The Mage is a powerful and exciting new book for younger readers. It takes an unflinching look at the horrors of slavery but in ways that will start important conversations while entertaining middle grade and adult readers alike. Brava!" -Jonathan Maberry, NY Times bestselling author of Black Panther: Doomwar and editor of Don't Turn out the Lights

Susan McCauley was born and raised on the gulf coast of Texas, not far from Houston. She spent several years in Los Angeles, California acting, writing, and teaching college English. In 2002, she moved to London to further explore professional theater. In 2007, she was the line producer of the Emmy Award nominated Civil War short film Now & Forever Yours: Letters to an Old Soldier. She has had short stories published in several anthologies, and her short story, "The Cask," was made into an award winning short film. Susan's novels have received multiple awards are available worldwide.

You can visit Susan at www.sbmccauley.com

Missy Ziegler
4.0 out of 5 stars Will definitely read again
Reviewed in the United States 🇺🇸 on February 3, 2023
I loved anything to do with Merlin as a kid. And had high hopes for this book and the author nailed it. I enjoyed this book more then I though I would
Read more
One person found this helpful
Helpful
Report abuse

mw
5.0 out of 5 stars Fun Arthurian story
Reviewed in the United States 🇺🇸 on February 1, 2023
Great Arthurian story was good with vivid characters and writing it felt new one my early favorites of 2023 I got this book for free and honest review
Read more
One person found this helpful
Helpful
Report abuse

Lydia Thrash
5.0 out of 5 stars I'm ready for the next book
Reviewed in the United States 🇺🇸 on January 26, 2023
What a great start to a new series. I love this book and love that I can share it with my daughter.
Read more
2 people found this helpful
Helpful
Report abuse

Leslie Twitchell
5.0 out of 5 stars Merlin, Arthur
Reviewed in the United States 🇺🇸 on January 25, 2023
This was a action packed fast read. This retelling of Merlin was astonishing. Characters that had depth. Storyline that sucked me in. Fantastic read !
Read more
One person found this helpful
Helpful
Report abuse

Pat Cuchens
5.0 out of 5 stars First Book in New Series Is an Exciting Start
Reviewed in the United States 🇺🇸 on January 18, 2023
Like Pip in "Great Expectations," Pip in "Merlin's Apprentice" begins a coming-of-age story amidst heartbreak and upheaval. Author Susan McCauley has adeptly taken on the Merlin mythology and written a fascinating story of a young boy's encounter with challenges that cross the timeline between history and today. Her style is textured and will appeal to a wide variety of readers. Her characters are vivid and memorable. I look forward to continuing this saga.
Read more
One person found this helpful
Helpful
Report abuse

Mathew Blossom
5.0 out of 5 stars Love this book!
Reviewed in the United States 🇺🇸 on January 10, 2023
This is a young adult/older elementary novel that is perfect for anyone! It has Merlin and King Arthur, it has magic, it has heartache and triumph! This book is well written, and a real page-turner! I can't wait for more in the series! I will also note that this book deals with some issues of slavery. It is handled delicately, but also realistically. I think it's done at a very appropriate level for the readership age of the book! Don't miss this must-read!
Read more
2 people found this helpful
Helpful
Report abuse

Nina
5.0 out of 5 stars Loved this one!
Reviewed in the United States 🇺🇸 on January 12, 2023
I was so excited to see the author had a new book coming out! It did not disappoint! I read it in a matter of two days, which is a feat for me! The characters are well developed, and the story captivating.
Read more
2 people found this helpful
Helpful
Report abuse
See all reviews

Debbie Bengston
4.0 out of 5 stars Merlin's Apprentice: The Mage
Reviewed in Canada 🇨🇦 on January 27, 2023
Verified Purchase
It is an emotionally charged story as Pip goes from a simple boy to Merlin's apprentice charged with protecting King Arthur. His family was taken from him and only in helping to defeat Mordred does he reunite with them. Unfortunately it is only short term as to protect the ordinarius means he loses them again. However there is hope in the future.
Read more
Report abuse
See all reviews
Report an issue
Does this item contain inappropriate content?
Report
Do you believe that this item violates a copyright?
Report
Does this item contain quality or formatting issues?
Report