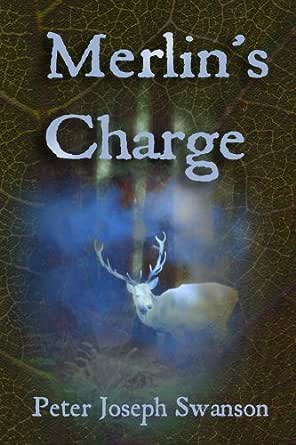 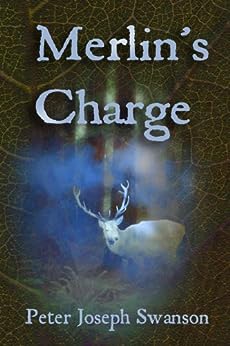 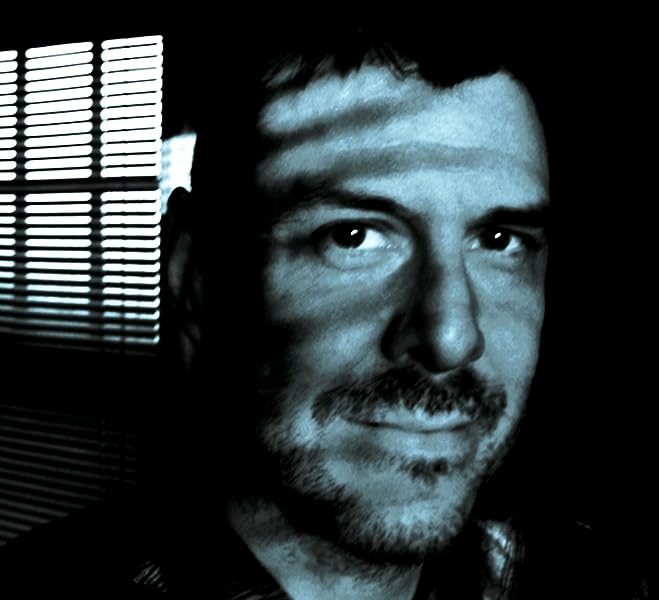 BJ Fraser
VINE VOICE
4.0 out of 5 stars Mother Goose Meets Arthurian Legend
Reviewed in the United States on December 11, 2011
Verified Purchase
The Arthurian legend is a subject that's been around so long that there are all sorts of adaptations of it from realistic takes like Bernard Cornwell's "Warlord Trilogy" to musicals like Camelot to cartoons like Disney's "Sword in the Stone." "Merlin's Charge" falls on the "Sword in the Stone" end of the spectrum. It's a lot of whimsical, lighthearted fun, though not quite as campy as the Disney movie.

The story takes place in the 5th Century when he Roman Empire is fallen. A terrible drought has taken hold of Britain. Mother Hubbard is looking after a group of children, using her magic to lay eggs for them after their magic cauldron was stolen. Meanwhile, teenage Arthur is under the tutelage of the grumpy old wizard Merlin, learning what it's going to take to become king after he pulled the sword from the stone.

Eventually Mother Hubbard is arrested by the Church for being a witch and set to be burned at the stake. Arthur pleads with Merlin to save her, which he does, though he has another purpose in mind--making Mother Hubbard his wife because even wizards need some company in bed.

When they compare notes, Mother Hubbard and Merlin decide they should try to find the cauldron, otherwise known as the grail. Joining them in the quest are Parsifal, son of a Roman general, and a corrupt abbot of the Church, whose primarily function is to go around declaring everything evil.

The book isn't very long; it only took me a few hours to read it on my Kindle. A lot of it is spent talking, which is good in some ways because it means no windy passages of description, although a few more descriptions might have been helpful sometimes. I think what surprised me the most was that despite being called MERLIN'S Charge, Merlin is largely absent from the grand finale.

Still, if you're a fan of Arthurian legend, especially "The Sword in the Stone" then you'll enjoy this hilarious new take on the subject.

Christopher L. Brockman
4.0 out of 5 stars King Arhtur Revisited
Reviewed in the United States on March 31, 2010
Verified Purchase
Peter Joseph Swanson takes on a formidable challenge with Merlin's Charge. It might be said, in fact, that he's questing for the writer's holy grail. To write, where great pens have gone before, a novel about King Arthur seems to be tilting at windmills, but consider the payoff. Arthurian legend has many followers, and there's a reason it has been taken up by the likes of Twain, White, and Disney.

Readers will have to judge for themselves if Swanson has found the holy grail. In the process, they'll have a good deal of fun at the expense of the concept itself. In Merlin's Charge, a young Arthur, goes on a burlesqued quest for the grail, egged on by Merlin, who must prepare his callow but promising charge to become king. He is accompanied by representatives of the Church, knighthood, the common folk, and witchery.

Each component is rendered smaller than legend as a sort of expose' of some of the Sixth Century reality behind it. The exception is magic and witchery, which are presented as quite functional. This provides much of the fun as fantasy, or it could be looked at as the way people of the time thought the world worked.

In the course of the quest, the reader can see both the essential character of the future king and how it will play out in the establishment of Camelot. One of the joys of the book is picking out things that allude to specific aspects of that future. An example is when Merlin is explains how he has taught Arthur to be realistic. "I hope I have at least taught him to not trust anybody, not if he's to be the King. Not even his wife or best friend." The irony here and throughout is that Arthur is far less cynical and far more fatally idealistic than Merlin wants him to be, with predictable results.

Swanson clearly has done his homework on Arthurian legend. He drops us unceremoniously into the time and story, and it's entirely credible within the sphere of Arthurian legend. Merlin's Charge is smartly written and fun to read.
Read more
3 people found this helpful
Helpful
Comment Report abuse

M. J. Willow
5.0 out of 5 stars Merlin's Charge - Fun with the added bonus of food for thought!
Reviewed in the United States on March 14, 2010
Verified Purchase
You don't have to be a fan of the mythic fantasy genre to enjoy Merlin's Charge. Peter Joseph Swanson has visited the Arthurian legends and used his skill of creating a story driven by the dialogue and thoughts and conflicts of the characters. I feel like an eavesdropper reading his books.

Reflecting the modern upheaval in politics and culture we see today, Merlin's Charge is set in an era of change. The old ways of Merlin steeped in a close relationship with the Earth versus the new-fangled ways of the Romans' version of Christianity focusing on atonement with an unseen spiritual presence and the words of men.

Merlin is challenged with bringing up adolescent Arthur and teaching him to think for himself so he can be a fair and wise ruler with a foot in the past and a foot in the future. The country is in desperate times due to drought and in-fighting, so they set upon a mission to try to bring relief to a desperate, starving town that lost its communal cauldron and its ability to provide for the people. His duty is complicated by the company of Parisfal, a young proud man who is trying to define himself. Nimm and Mother Hubbard join in to complicate Merlin's love life and to lend their witchcraft skills in the quest. Abbott Babble Blaise is a constant reminder that the church is on the rise, inflicting guilt where none before existed, and gaining influence

Arthur has so many things to consider as he prepares himself to be king of a troubled land. How to unite the feuding knights and landowners? How to bring together people on both sides of the religious fronts? How to end the suffering? How to resolve the conflicts in his own mind over the absence of a proper father?

I enjoyed Merlin's Charge with its squabbling characters and moral conflicts and found more than a few similarities between the then and the now. How difficult it must be to be a new leader!
Read more
Helpful
Comment Report abuse
See all reviews

Stephen J Clarke
1.0 out of 5 stars Ss
Reviewed in the United Kingdom on June 11, 2016
Verified Purchase
Difficult to read and get into. No story line that i could make out
Do recommend at all
Leave alone as waste of your time
Read more
Report abuse
See all reviews