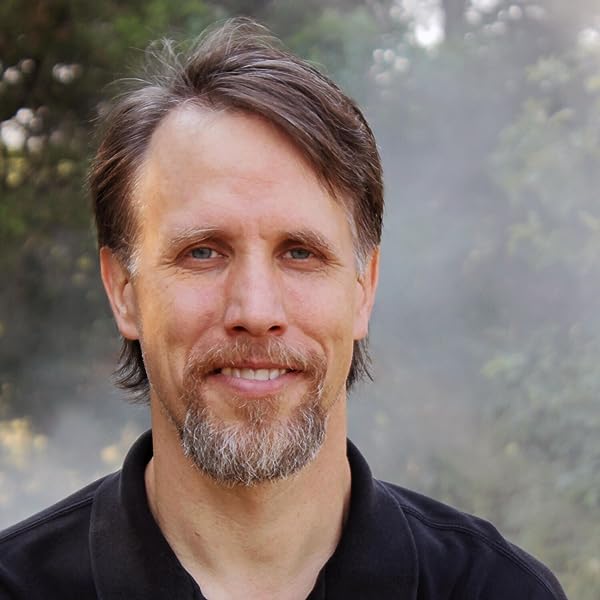 Gr 8 Up—Merlin's story continues in this second installment of Treskillard's Arthurian series as the protagonist makes his way from village boy to mighty wizard and king's advisor. Along with his friends and a boy named Arthur, Merlin hopes to find safety and shelter from his murderous enemies. Before he can realize his destiny, more challenges to his life and his faith loom in the future-including a confrontation with his own sister who has vowed his death. His is a quest of good against evil, but to win the day, and safety for the future king, he must once again cleanse the land of a great evil. This weighty epic with a cast of dozens of characters and places is an attempt to re-create the origins of Merlin from a Christian perspective. While mature readers with heads for detail and patience for plot may enjoy the ongoing story, it's a daunting prospect for someone unfamiliar with the first book or less willing to invest time. Fans of Merlin's Blade (Zondervan, 2013) will certainly want to pick up this next book in the series, but new readers will want to start with the first title.—Stephanie Whelan, New York Public Library

The travails of Merlin continue in this second book in the Merlin Spiral series. Having driven the sword into the Druid Stone, Merlin, Natalanya, and their small band must now protect Arthur, the heir to the throne. However, Merlin’s younger half-sister, Ganieda, is set on destroying both Merlin and Arthur. Merlin’s hope for continued success often wanes, but he is buoyed by his friends and followers. Readers who follow high-fantasy Arthurian legends (and have read Merlin’s Blade, 2013) will immediately become immersed in this sequel, but undertaking this dense tome as a stand-alone requires thoughtful concentration. Grades 7-10. --J. B. Petty

"Merlin's Shadow marks a gigantic leap forward ... the characters are sharper, the setting broader, and scope larger ... The novel's action is precise and thrilling, and its conflicts are cosmic. But what allows [the book] to resonate is the development of the central characters..."
- Glenn McCarty, book reviewer at Crosswalk.com

"...fast moving, engaging, filled with tension and intrigue. I highly recommend the book to readers, especially fantasy fans. It's a must read for those who love the Arthurian legend."
- Fantasy & sci-fi reviewer Rebecca Luella Miller

PRAISE FOR THE MERLIN SPIRAL:

"Treskillard crafts a new and unique prequel to the King Arthur legend, one that is rich in atmosphere and detail. Fantasy readers will find themselves beguiled by the young Merlin's story."
- School Library Journal

"Trekillard has achieved one of the most difficult feats to master in high fantasy epics like this - weaving together a handful of storylines into a cohesive, expertly-paced narrative."
- Crosswalk.com

"A fabulous re-imagining of the legends."
- Fantasy author Scott Appleton

"Merlin's Blade is a masterful story, well told ... a must read for fans of the Arthurian legend and for fantasy fans of all stripes ... the book easily spans the gap between twelve and adult."
- Fantasy & sci-fi reviewer Rebecca Luella Miller

"Turn the pages, and you can almost feel the fog rolling in off the moors, smell the low heather, and catch a glint off a blade."
- Best selling author Wayne Thomas Batson

"I love the setting of this book!  Robert Treskillard has done an excellent job bringing early Britain to life.  The adventure is exciting, the characters are interesting, and the suspense, which remains until the end, is very well done."
- RedeemedReader.com

"Treskillard builds a real person in Merlin ... whose belief in honor and family make him a figure to cheer for."
- Award winning author Jill Williamson

Robert Treskillard has been crafting stories from his early youth, and is a software developer, graphic artist, and sometime bladesmith.  He and his wife have three children and are still homeschooling their youngest. They live in the country near St. Louis, Missouri.

Start reading Merlin's Shadow (The Merlin Spiral Book 2) on your Kindle in under a minute.

Jacob Parker
5.0 out of 5 stars 5 Stars
Reviewed in the United States on January 29, 2019
Verified Purchase
I'm a fan of Merlin's Blade, and Merlin's Shadow certainly didn't disappoint. There's a richness and a depth to this series that indicates to me that a lot of thought and care went into its construction. The characters are quite lovable, and I feel like we've been through a lot together. Even with as little as I know about the Arthurian Legend, it's fun to see how the author is weaving this story through it. Looking forward to book 3!
Read more
One person found this helpful
Helpful
Comment Report abuse

P. Creeden
5.0 out of 5 stars More Please!
Reviewed in the United States on December 16, 2013
Verified Purchase
Compared to the first book, Merlin's Shadow was even more of an intricately woven cord. It took unexpected twists and turns, showing loss of hope...and hope regained. Over and over again. No one was immune to this relentless struggle against faith and confidence. My son and I began to think of Bedwir as a forgotten and well abused rag doll. Merlin's struggles in this book were mirrored with his sister, Ganieda. Each character grappled against seen (or unseen) demons which battled for their favor...or their death. Both brother and sister are hunted, enslaved, and given choices which will determine the course of each life, as well as the fate of all Briton. Both my son and I are huge fans of this series now, and impatiently await the next installment!
Read more
2 people found this helpful
Helpful
Comment Report abuse

Reader
5.0 out of 5 stars A Keeper
Reviewed in the United States on April 16, 2014
Verified Purchase
This is the second in a series. I'm so glad I discovered the series and can't wait for #3. Well, I guess I will but it's pre-ordered, something I don't do very often. Merlin's Shadow kept me reading late into the night. I highly recommend the series!
Read more
One person found this helpful
Helpful
Comment Report abuse

N. Toro
5.0 out of 5 stars Five Stars
Reviewed in the United States on July 25, 2016
Verified Purchase
I wish there were more in this series.
Read more
One person found this helpful
Helpful
Comment Report abuse

VTLinda
1.0 out of 5 stars Don't bother.
Reviewed in the United States on January 27, 2017
Verified Purchase
I am not finishing this one. Predictable and a waste of time.
Read more
Helpful
Comment Report abuse

lashaw
5.0 out of 5 stars thank you
Reviewed in the United States on May 14, 2014
Verified Purchase
I really like this book because im a fan of merlin I would recommend this to my family and friends
Read more
Helpful
Comment Report abuse

A. O. Spence
5.0 out of 5 stars Merlin's Shadow
Reviewed in the United Kingdom on March 17, 2014
Verified Purchase
The second part of ane xcellent trilogy there were some plot twists which I was not expecting (which is a good thing). I'm looking forward to Part 3!
Read more
Report abuse

Janet
5.0 out of 5 stars Five Stars
Reviewed in the United Kingdom on February 7, 2015
Verified Purchase
Have to read all three
Read more
Report abuse
See all reviews

Page 1 of 1 Start overPage 1 of 1
This shopping feature will continue to load items when the Enter key is pressed. In order to navigate out of this carousel please use your heading shortcut key to navigate to the next or previous heading.
Back
Next
Pages with related products. See and discover other items: historical king arthur