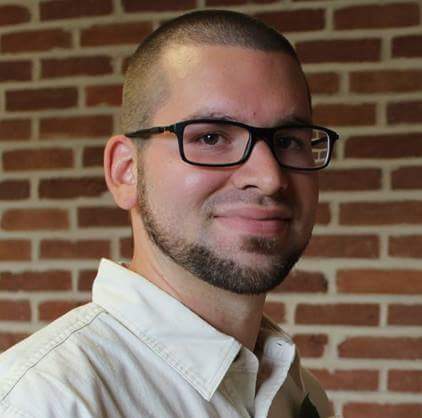 Start reading Mermaid Cliff (3 Book Series) on your Kindle in under a minute.

3.8 out of 5 stars
3.8 out of 5
42 customer ratings
How does Amazon calculate star ratings?
Amazon calculates a product’s star ratings based on a machine learned model instead of a raw data average. The model takes into account factors including the age of a rating, whether the ratings are from verified purchasers, and factors that establish reviewer trustworthiness.
Top Reviews

Fiddlemiller
4.0 out of 5 stars Good Story, Needs Proofreading
Reviewed in the United States on October 8, 2018
Verified Purchase
This is suspenseful and exciting story flawed by inadequate proofreading. Erroneous word choices, misplaced or absent punctuation, and poor spelling are a constant distraction, but if they’re cleared up I’ll have nothing but good things to say.
Read more
11 people found this helpful
Helpful
Comment Report abuse

Robert Krueger
VINE VOICE
4.0 out of 5 stars A pool of evil
Reviewed in the United States on August 31, 2019
Verified Purchase
The author tells an attention grabbing story in which teens are the main characters. The story was written for young adults, but it could capture a larger audience.

A strange town with a strange legend is the background and the core of the story. This is a murder mystery, but it is also about the town and the not so "nice" people that inhabit it -- a broad brush that fleshes out and increases the entertainment value of the story. Mark is a prime suspect in murder, and he and his friends must find the real culprits. It turns deadly.

Plot development and narrative flow move the story effectively. Characters are well drawn and believable. Overall, an entertaining offerings. (The need for editing was addressed elsewhere.) Reviewed by the author of The Children's Story, About Good and Evil.
Read more
One person found this helpful
Helpful
Comment Report abuse

judith blevins
5.0 out of 5 stars Keeps you guessing throughout the series.
Reviewed in the United States on September 8, 2018
Verified Purchase
This story goes into the depths and beliefs of some very old folk tales and how people keep them alive. The extremes to which communities will go to pass down their beliefs and practices is almost unbelievable in todays world. Yet innocent youth get caught up it ritual paganism in this small coastal town as serial killers wreak havoc on it's inhabitants. The only hope of redemption for mankind comes in the form of a completely oblivious young man known as The Chosen. I will read more from this author.
Read more
3 people found this helpful
Helpful
Comment Report abuse

Kashari
4.0 out of 5 stars Lots of grammatical errors
Reviewed in the United States on August 19, 2019
Verified Purchase
The story was great...very suspenseful and kept me interested. But there are a LOT of grammatical errors that bugged me the entire time.
Read more
6 people found this helpful
Helpful
Comment Report abuse

Deborah Smith
4.0 out of 5 stars Good story line & characters
Reviewed in the United States on September 29, 2019
Verified Purchase
Really good story with interesting characters but a little redundant in some areas. There was several retelling of the same facts word for word when it really wasn't necessary. The last few chapters were by far the most interesting and I'm glad I didn't give up on the story at the half way point!
Read more
2 people found this helpful
Helpful
Comment Report abuse

Kindle Customer
4.0 out of 5 stars Interesting read
Reviewed in the United States on August 30, 2019
Verified Purchase
This book gives a different reading experience to me. It talks about feeling felt by teenagers when their friends disappeared one by one.
A bit unconventional in terms of the story line too. The trial, for example is being included in details, which I find amusing but a bit distracting from the main story.
Still, I like the style and will read the author's other books.
Read more
One person found this helpful
Helpful
Comment Report abuse

Ms. T
5.0 out of 5 stars Wow! Strange, Stranger, Strangest!
Reviewed in the United States on September 1, 2019
Verified Purchase
Mark has stumbled into a living nightmare. Friends are dying or disappearing. And even his family is affected by all the strangeness going on around him. He and his best friend, Jason are trying to figure it all out with the help of an FBI agent but things aren't going his way. A 500 year old mystery! Interesting reading!
Read more
One person found this helpful
Helpful
Comment Report abuse

Christine S.
5.0 out of 5 stars A great story
Reviewed in the United States on May 28, 2019
Verified Purchase
This book kept me guessing and I was blown away at the end! I am glad it continues because at first I thought it was going one way then it completely surprised me..
Read more
2 people found this helpful
Helpful
Comment Report abuse
See all reviews from the United States

M. Dowden
1.0 out of 5 stars Badly Done
Reviewed in the United Kingdom on August 23, 2019
Verified Purchase
I had to laugh when I finished this book as in the acknowledgements the author thanks the copyeditor. He obviously hasn’t looked at the book, or it was so bad before that he thinks this is a wonderful improvement, or even possibly the wrong file has been uploaded onto this site. There are words missing, wrong tenses used, spelling mistakes and continuity issues throughout this book.

Told in the first person narrative form, so this would have been better if it had been in the third person form, as a lot of what could have been suspense has been left out as we have a rather mundane voice telling us what is happening. This book starts off more or less with a screech, but at no time is this ever explained, and although we are told the town was formed in 1917, later on it is supposed to have been there since the 16th Century, and those who know a bit about American history will know that that isn’t possible anyway, due to the fact that the first Europeans to be on the land in this area did not come until the 18th Century. The narrator even has his bicycle stolen at one time, and then later we read that it has suddenly mysteriously reappeared in the garage of his house, with no explanation of this miracle.

With a girl dying after falling off a cliff so we see that this has been deemed a murder due to a couple of facts, one that she had obviously had sex, and that her blouse is torn. We then have an FBI agent apparently on the scene to investigate, although we know that wouldn’t really happen, but later we are told more about this, which then just becomes rather trite and a bit silly. Although there is a germ of what could have been a really good story here, unfortunately this one that has been given to us never reaches anywhere near its potential.

Starting off okay then to a certain degree, with just a few niggles, this by the end does become a bit farcical and I will not be reading anymore of the books in this series. I was left really disappointed with this book, and it is obvious that the story had never really been thought out before it was executed.
Read more
One person found this helpful
Helpful
Sending feedback...
Thank you for your feedback.
Sorry, we failed to record your vote. Please try again
Report abuse