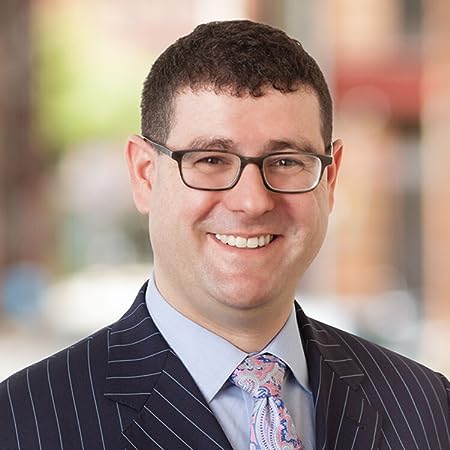 MERON LANGSNER was one of three writers in the United States to be selected for the pilot year of the National New Play Network Emerging Playwrights Residencies.

His plays have been performed around the country and overseas, and developed at venues that include the Lark Play Development Center in NYC, the Last Frontier Theatre Conference (where he had the honor of returning as a featured artist), and the Playwrights Commons Freedom Arts Retreat. He is an alumnus of both the Project Y Playwrights Group and Athena Writes 2017, both in NYC.

Meron's work as a theatre and performance scholar has been published by multiple imprints and he has presented his research at numerous conferences in the USA and Canada.

He is also a professional fight choreographer and stage director, and has composed violence for over 175 productions and films in New England and New York City.

He holds an MA in Performance Studies from NYU's Tisch School of the Arts, an MFA in Playwriting from Brandeis University, and a PhD in Drama/Theatre History from Tufts University. He did his undergraduate work at Carnegie Mellon and SUNY Buffalo. Additionally, he holds a Certificate in Financial Management from Cornell University.

Meron believes himself to have been the first person who has literally defended their dissertation with a katana. 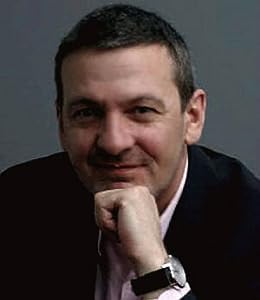 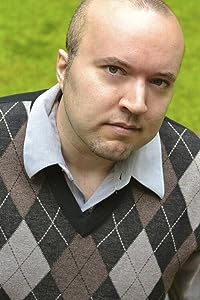 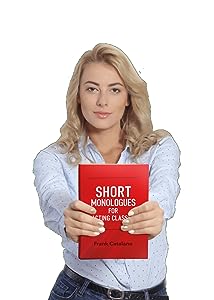 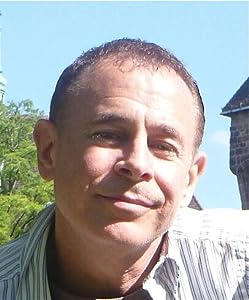 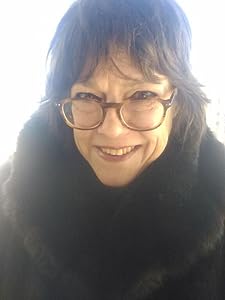 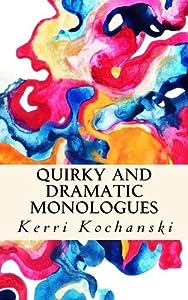 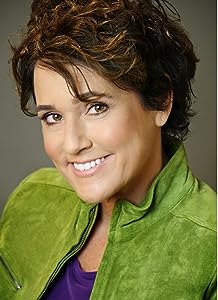 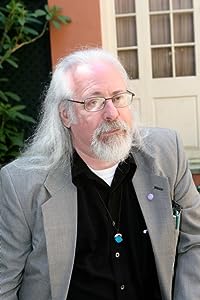 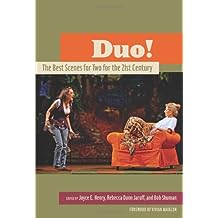 Tracy Letts confronts the aftermath of betrayal on a night too hot for sleep in August: Osage County; Karen Finley exposes sexual politics outside the Oval Office in George & Martha; Tom Stoppard investigates the difficulties of understanding Greek as well as the younger generation in Rock 'n' Roll; Lynn Nottage delineates gentility, the fear of being alone, and the passage of time in Intimate Apparel; Richard Greenberg weighs the costs of being godly or becoming merely human in the baseball-themed Take Me Out; and Tina Howe bends time, showing the universal power of dramatic recognition across the ages, in Water Music.
Read more
Other Formats: Paperback 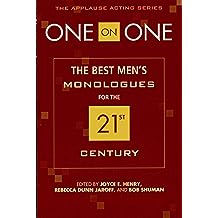 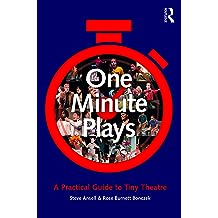 Can you really write a play that lasts a minute?

The one minute play offers a unique challenge to actors, directors and writers: how do you create a whole world, where actors have room to perform and where audiences have a true experience all in 60 seconds?

One Minute Plays: A Practical Guide to Tiny Theatre demystifies the super-short-form play, demonstrating that this rich, accessible format offers great energy and variety not only to audiences but to everyone involved in its creation and performance. This handbook includes:

Drawing on a wealth of experience, Steve Ansell and Rose Burnett Bonczek present an invaluable guide for anyone intrigued by the art of creating, producing and performing a one minute play. 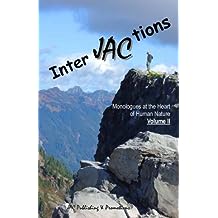 interJACtions: Monologues at the Heart of Human Nature, Volume II Oct 15, 2012
by JulieAnn Charest Govang
$5.99
Ever need that perfect character monologue for an audition or performance? A sampling of many wonderful playwrights nationwide, interJACtions contains selections for men, women or either, and all races— but all true characters unto themselves.
Included in this collection:

MONOLOGUES FOR WOMEN
Priorities by Roy Battocchio
In the Group Room by Savannah Sincoff
Those Last Five Pounds from “The 7th Disorder” by Rhea MacCallum
Perfect by Mark Lambeck
My Twelfth Birthday by Rhea MacCallum
Lupe from “Glass Cord” by Evelyn Diaz Cruz
Elephant by Patrick Cleary
Olive by Martha Patterson
Pulse by Stacey Lane
No Big Deal by William Arnold
Communion of Saints by Kathleen Cromie
Lexy’s Warnings by Ellen Chamberlin
Fifteen Gods from “Paper Jam: An Interoffice Romance: Body Count 9” by Michael Weems
Unrealistic Barbie by David H. Cohen
Why Me? by Roy Battocchio
Kim’s White House from “A Common Martyr” by Michael Weems
sick girl by John Michael Sefel
Angela by Robert Hensley
Introductory Remarks by Robin Pond
Stupid by Kevin Six
Nothing Wrong by Rhea MacCallum
Nineveh by Jennie S. Redling
Nobody Is Who He Seems in Hollywood by Diane Grant
Molly Remembers New York by Martha Patterson
Given Up by Rhea MacCallum
Yes, Virginia… by David H. Cohen
Cuca from “Glass Cord” by Evelyn Diaz Cruz
Bridie Marches Down the Aisle by Margie Langston
To Become a Mermaid from “Evolving” by Marcina Zaccaria
When I Think of Her by Rhea MacCallum
The Spirit by Anne Flanagan
Eleanor Triumphant by Felix Racelis
Doing the Math by Arthur M. Jolly
Paradise Found by Katherine H. Burkman
A Walk in the Park by Martha Patterson
Little Tuffy from “Elephants” by Paul Bovino
Maisie Cooks by Martha Patterson
Comfort and Joy from “Silent Night” by Jeffrey Neuman
Photos of Meg by Christopher Lockheardt
Her Dream of Me from “Getting Back to Me” by Rhea MacCallum
Mother Mary Agnes from "Candledancing, the Voice of Julian of Norwich" by Coni Ciongoli-Koepfinger
MONOLOGUES FOR MEN
Work It from “The 7th Disorder” by Rhea MacCallum
Chill Cool Mathis by Victor Bravo
Pictures on the Internet by Daniel Guyton
Neon Signs by Thomas M. Kelly
Momma Cried for Christmas by William Arnold
Waitin’ by Robin Pond
Above Average from “Gap” by Carol S. Lashof
The Hundred Dollar Hug by Stacey Lane
Paul’s Painted Ladies by David H. Cohen
Uncle Rooster’s Fall by Tami Canaday
The Shooter by Richard Reynolds
Echoes of Ireland by Brian C. Petti
Kicking and Screaming from "Paper Jam: An Interoffice Romance: Body Count 9" by Michael Weems
Not Ready from “For Art’s Sake” by Meron Langsner
Josh by Robert Hensley
Shirley from “Assisted Living” by Jeffrey Neuman
Sidney’s Flight from “A Common Martyr” by Michael Weems
Red Shoes by Jennie S. Redling
Don’t Sit Under the Apple Tree by David H. Cohen
The Last Firefly by Trace Crawford
Mark from “Lily (or The Silver-Tongued Devil)” by Martha Patterson
You Have to Be Taught by David H. Cohen
Last Words by Leslie Bramm
The Body Politic from “Artemisia” by Marcina Zaccaria

MONOLOGUES FOR ANYONE
Why Bother? by Steven Bergman
How do you have a conversation?
Read more 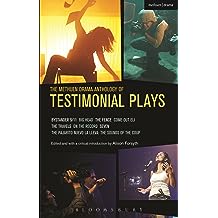 The Methuen Drama Anthology of Testimonial Plays: Bystander 9/11; Big Head; The Fence; Come Out Eli; The Travels; On the Record; Seven; Pajarito Nuevo ... The Sounds of the Coup (Play Anthologies) Jan 30, 2014
by Tim Etchells, Alecky Blythe, Meron Langsner, Denise Uyehara, Noah Birksted-Breen, Anna Deavere Smith, María José Contreras Lorenzini, Alison Forsyth
( 3 )
$24.92
This diverse anthology features eight contemporary plays founded in testimonies from across the world. Showcasing challenging and provocative works of theatre, the collection also provides a clear insight into the workings of the genre through author interviews, introductions from the companies and performance images which illustrate the process of creating each piece.

Bystander 9/11 by Meron Langsner is an impressionistic but wholly authentic response to the catastrophe as it unfolded and in the days following.

Big Head by Denise Uyehara is an interrogation of current perceptions of "the enemy now" as seen through the lens of Japanese American internment during World War II.

Urban Theatre Projects' The Fence is a tale of love, belonging and healing. It is a tender work that looks at the adult lives of five family and friends who spent their childhoods in orphanages, institutions and foster homes in Australia.

Come Out Eli: Christmas 2002 in Hackney, London, saw the longest siege in British history. Using interviews collected at the time and further material gathered in the aftermath, Alecky Blythe's play explores the impact of the siege on the lives of individuals and the community.

The Travels: members of Forced Entertainment undertook a series of journeys during one summer, each travelling alone to locations in the UK to complete tasks determined only partially in advance. This began a mapping process and the creation of a landscape of ideas, narratives and bad dreams.

On the Record by Christine Bacon and Noah Birksted-Breen circumnavigates the globe to bring true stories from six independent journalists, all linked by their determination to shed light on the truth.

Pajarito Nuevo la Lleva: The Sounds of the Coup by María José Contreras Lorenzini focuses upon sense memories of witnesses who were children at the time of the 1974 military coup in Chile.
Read more
Other Formats: Paperback