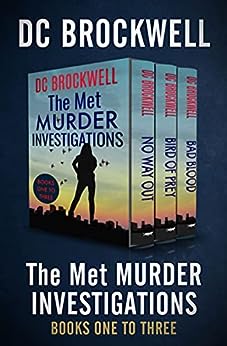 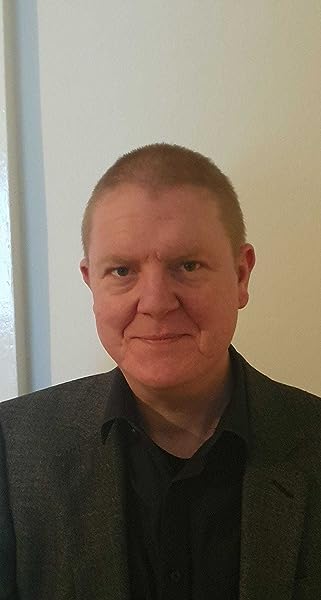 The Met Murder Investigations Books One to Three: No Way Out, Bird of Prey, and Bad Blood Kindle Edition

D C Brockwell is a full time dental technician from West Sussex, an avid gardener and part-time mixologist, meaning he loves mixing cocktails of an evening for his wife, Beks.

His first book, The Southern Belles was self-published under his pseudonym, Katie Simpkins, in July 2019, and has received positive feedback.

Since then, he has signed a 3 book deal with Bloodhound Books for his Nasreen Maqsood series, the first of which will be released on Wednesday 8th July 2020, called No Way Out. Subsequent instalments, Bird of Prey and Bad Blood will be released on September 1st and November 9th respectively.

On January 4th, his birthday, and the day the story starts on, Mr Invisible will be released by Bloodhound, and will be his first standalone novel. On the 19th April 2021,

Bloodhound Books will be publishing his fifth novel, The Hard Way, a crime thriller set in London about two detectives investigating a triple murder. Prepare yourself for a violent and explosive finale.

4.4 out of 5 stars
4.4 out of 5
163 global ratings
How are ratings calculated?
To calculate the overall star rating and percentage breakdown by star, we don’t use a simple average. Instead, our system considers things like how recent a review is and if the reviewer bought the item on Amazon. It also analyzes reviews to verify trustworthiness.
Top reviews

Kindle Customer
5.0 out of 5 stars Great Books
Reviewed in the United States on January 10, 2021
Verified Purchase
I enjoyed all of these books. They have a story that that continues through all of them and mysteries in each of the books. I definitely recommend this series.
Read more
Helpful
Report abuse
See all reviews

Donna Morfett
5.0 out of 5 stars Incredible, breathtaking
Reviewed in the United Kingdom on November 26, 2020
Verified Purchase
No Way Out
A story of a very sick and depraved husband and wife team who kidnap men and women for their sex slave dungeon. Once their victims are no longer if any use, they are disposed of. Nasreen Maqsood has to investigate the case and it becomes personal when she realises one of the victims is her ex.
Bird of Prey
After getting a taste for murder in the previous book, Cara is out for more blood. This is a very high paced thrilling story. It doesn't let up.
Bad Blood
A man is horrifically murdered in a car park. On his body is a photo clearly removed from group which leads Nasreen to believe she has a potential serial killer. Not only that, she has a new partner. They don't click.

An absolutely fantastic series. They call all be read of standalones but you do learn more about the characters as you go through the books.
Bird of Prey is one of my books of 2020 and Duncan Brockwell one of my top new authors.
Read more
One person found this helpful
Report abuse

Neil Black
2.0 out of 5 stars Way over the top
Reviewed in the United Kingdom on December 23, 2020
Verified Purchase
A rookie detective taking down organised gangs virtually on her own, escaping death at every turn is just too much to believe, I gave up during the second episode. Far, far too much blood and gore, every victim gets stabbed repeatedly in the face. Ridiculous.
Read more
One person found this helpful
Report abuse

Mum to twin boys
5.0 out of 5 stars Gory and gripping
Reviewed in the United Kingdom on December 8, 2020
Verified Purchase
Wow, what a box set, this gory, twisting and turning story has you gripped from the first page and what a brilliant strong female Nas is who doesn’t give up until she has her killer.
5 stars all the way
Read more
One person found this helpful
Report abuse

K. Richardson
5.0 out of 5 stars Great box set
Reviewed in the United Kingdom on January 16, 2021
Verified Purchase
Wow what a box set , all 3 books were brilliant and held your attention all the way through. Great that a storyline continued from book to book with gripping headlines.
Well worth the read.
Read more
Report abuse

JLB
5.0 out of 5 stars Gruesome but good reading
Reviewed in the United Kingdom on December 30, 2020
Verified Purchase
Really enjoyed reading these books, true they were a bit on the gruesome side, but I enjoyed the characters through the books . Will definitely be reading more from this author.
Read more
Report abuse
See all reviews