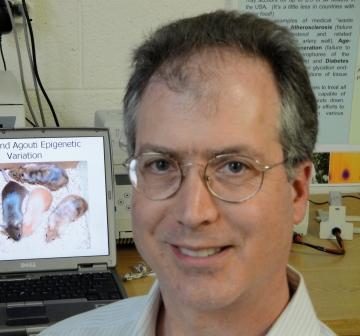 Biochemist Cooney sees the chemical process of methylation as the "central control dial" of life, and a simple test can determine whether one needs to improve it. Unfortunately, many physicians are unaware of the importance of methylation, so they need convincing about what a vital role it plays and why their patients need to have the test done. Proper foods (potatoes are out) and vitamin supplements encourage proper methylation, and with proper methylation, one can avoid heart disease, birth defects, autoimmune diseases, allergies--even depression, Alzheimer's, and schizophrenia. Memory can be improved, and aging and the signs of aging staved off. Cooney and his writing collaborator give the brand names of helpful vitamins and where they can be obtained. The first appendix discusses good, medium, and bad foods for assisting methylation, citing brands; the second contains "Methyl Magic Recipes"; and the third lists sources for more information. Methylation seems an up-and-comer in health and nutrition. Libraries, be prepared. William Beatty

SAMe (known formally as S-adenosylmethionine) is not an herb or a hormone. It's a molecule that all living cells, including our own, produce constantly. To appreciate its importance, you need to understand a process called methylation (chart). It's a simple transaction in which one molecule donates a four-atom appendage, a so-called methyl group to a neighborin molecule. Both the donor and the recipient change shape in the process, and the transformations can have far-reaching effects. Methylation occurs a billion times a second throughout the body, affecting everything from fetal development to brain function. It regulates the expression of genes. It preserves the fatty membranes that insulate our cells. And it helps regulate the action of various hormones and neurotransmitters, including serotonin, melatonin, dopamine and adrenaline. As biochemist Craig Cooney observes in his new book, "Methyl Magic," "Without methylation there could be no life as we know it. -- Newsweek magazine, July 5th, 1999

VitaTTop Contributor: Sunglasses
5.0 out of 5 stars What's Buzzing About Methylation
Reviewed in the United States on May 3, 2017
Verified Purchase
Good starter on methylation. Nothing beats a coach, especially one that been there done that.
Read more
Helpful
Comment Report abuse

Janet r
5.0 out of 5 stars Good book
Reviewed in the United States on April 19, 2019
Verified Purchase
This is an issue we should all be worried about.
Read more
Helpful
Comment Report abuse

Carol Kuper
5.0 out of 5 stars Fantastic book
Reviewed in the United States on January 5, 2013
Verified Purchase
This is a great book. I highly recommend everyone to read it. The explanations are great ans the relationship to disease is discussed.
Read more
2 people found this helpful
Helpful
Comment Report abuse

eyal - newman
5.0 out of 5 stars methyl magic
Reviewed in the United States on January 26, 2000
i gave this book 5 stars rank, but i do have a little comment that i will give it to you later. this topic is a very important to know both for therapists, and the general public, because it is explaining how the molecules of our body are feeding themselves, and what is the role of specific nutrients in the very much importent role of methylation in the body.it is also explain the roll of homocysteine in a basic, plus the advanced stages through proper methylatin. my little comment is that vitamin c in a dose of at least a few grams a day - wil increase the nutrients of methylation that discused and described in this book.you probably wonder what am i talking about?,then buy and read that book and you will understand. except from that it is a superb book that is explaining a very important issue that the public should know about it.
Read more
19 people found this helpful
Helpful
Comment Report abuse

Ellen M. Williams
5.0 out of 5 stars MUST READ FOR ALL PEOPLE!!!!!
Reviewed in the United States on April 23, 2010
I would strongly suggest that everyone read Craig Cooney's book especially if you have been diagnosied with the MTHFR Gene A12098 and T677C or any combination of the T677C. This book explains in terms that most people can comprehend as to why methylation is such the root to many diseases and disabilities in this country!

Since reading Craig Cooney's book I have been able to educate my entire family as to why they are having so many health issues. When you understand Methlyation you can get off the hamster wheel of main stream medicine. This book has been a God Send to myself and my family!

Craig, thank you for taking the time to write such a wonderful book! You are heaven sent for my family and hopefully many other families who will get out of the box and learn about methylation!

Keep up the great work!