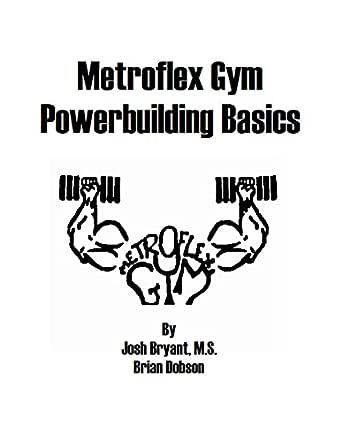 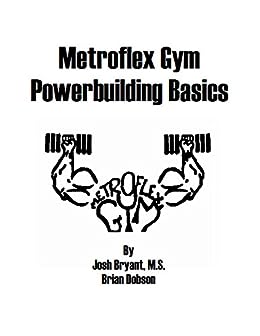 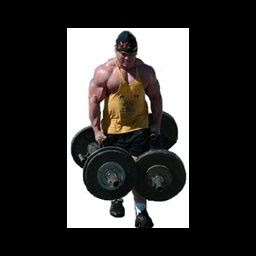 Josh trains some of the strongest and most muscular athletes in the world in person at Metroflex Gym in Arlington, Texas, and via the Internet.

Josh has won many national and world titles in powerlifting and strongman and was the youngest person in powerlifting history, at 22, to bench press 600 pounds raw. Josh has squatted 909 pounds in the USPF, officially bench pressed 620 pounds raw, and officially deadlifted 810 pounds raw. He is not all brawn; he has a Master’s degree in Exercise Science along with other prestigious certifications. He is the author of best-selling eBook Bench Press: The Science and co-authored Amazon #1 seller Jailhouse Strong.

To learn more about Josh Bryant or to sign up for his free training tips newsletter, visit www.JoshStrength.com.

Brian started Metroflex Gym in 1987 as an alternative to the giant fitness centers that were rapidly taking over the market. He decided to create a last stronghold for the hardcore strength athlete and bodybuilder; Metroflex Gym.

With weak start up capital and a strong vision for the future, the most successful hardcore training facility in the history of the Lone Star state, and possibly the United States, was on its way to legendary status. Brian’s two best success stories are Branch Warren and eight-time Mr. Olympia Ronnie Coleman. Both of these world class bodybuilders attribute a large part of their bodybuilding success to Brian Dobson and Metroflex Gym!

Brian is a devout born again Christian. He and Josh agree that as long as they continue to glorify God, He will continue to bless Metroflex Gym. Brian believes the relationship between Ronnie and him was a divine appointment, even though neither of them knew it at the time! Collectively, they put Metroflex on the map. As an athlete, Brian was a national level bodybuilder and powerlifter.

4.5 out of 5 stars
4.5 out of 5
63 global ratings
How are ratings calculated?
To calculate the overall star rating and percentage breakdown by star, we don’t use a simple average. Instead, our system considers things like how recent a review is and if the reviewer bought the item on Amazon. It also analyzes reviews to verify trustworthiness.
Top reviews

A drunken panda
5.0 out of 5 stars Should be on your bookshelf
Reviewed in the United States on January 2, 2018
Verified Purchase
Tired on not getting stronger? Stuck after a basic program like Starting Strength but unwilling to wade thro some of the thesis' on programing? Me too. I lift for enjoyment and health and I don't want to have to spend a ton of time trying to figure out what to do. This book is a readable (emphasis here) guide to lifting. Yeah, it's powerlifting focused but not exclusive. Short of hiring Mr. Bryant to coach you, it's as good as you're going to get. It's my reference now.
Read more
Helpful
Comment Report abuse

alonso cano
5.0 out of 5 stars Great
Reviewed in the United States on May 9, 2019
Verified Purchase
This is exactly what I was looking for. It’s been a while since I’ve hit the iron and ready to get back at it
Read more
Helpful
Comment Report abuse

jjamal
5.0 out of 5 stars Variety of workouts
Reviewed in the United States on August 8, 2018
Verified Purchase
I couldn't say what I dislike but I love the variety of different workouts I hadn't seen great compound workouts
Read more
Helpful
Comment Report abuse

CoreyV412
5.0 out of 5 stars Amazing!!!!!
Reviewed in the United States on May 7, 2019
Verified Purchase
So much knowledge best book I’ve owned to date, it’s filled with so many programs and different ways to attack training it’s crazy
Read more
Helpful
Comment Report abuse

Vincent M. Cerza
5.0 out of 5 stars Great Book
Reviewed in the United States on February 27, 2016
Verified Purchase
DOBSON IS THE BEST... There is simply no other way to put it. Go visit the Original Gym if you want to get inspired!
Read more
Helpful
Comment Report abuse
See all reviews

keith01
5.0 out of 5 stars the only book you will ever need to get the body you want.
Reviewed in the United Kingdom on May 20, 2014
Verified Purchase
What can i say about this book that has not been already said. Well not much but let me just say that this book is the only one you will want and need for a very long time. There are 53 different training routines that you can choose from, apart from that, earlier in the book, the authors give you some training routines that you can train from, so really you get more than 53 routines. That should be the reason for getting this book.
If you want to get big and strong then do yourself a favour and get this book.
I have Josh Bryant's other book 'Jailhouse Strong' and i have to say that these are the best 2 books on the market. If you have both books then you can combine them both just like me.
Read more
Report abuse

Amazon Customer
5.0 out of 5 stars just buy it!!!
Reviewed in the United Kingdom on June 15, 2014
Verified Purchase
This book is a must have,over 300 pages full of different routines to build size and strength,great read,50 powerbuilding routines,training programs for building stronger deadlift,squat,bench,program for building neck and traps,programs focused on building back,shoulders,chest,legs...this is one of a well done book without any fancy crap,just pure oldschool training...
Read more
Report abuse

Joe
5.0 out of 5 stars Great manual
Reviewed in the United Kingdom on January 19, 2016
Verified Purchase
Read it cover to cover in 3 days and it's an easy read with lots of good advice and training routines to follow
Read more
Report abuse

George Adakis
5.0 out of 5 stars Programs Galore
Reviewed in Canada on February 28, 2019
Verified Purchase
Nothing was left out from this reference from 2 well known individuals in the fitness field. The book is definitely worth the money. The authors have trained numerous world class athletes and they bring together their experience as coaches and athletes themselves in a well put together book. I just started powerbuilding and the system is fun compared to the usual. Dozens of programs to try.
Read more
Report abuse
See all reviews