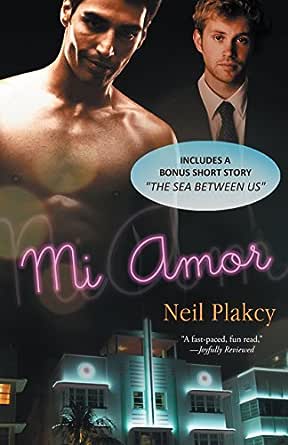 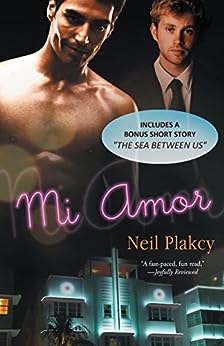 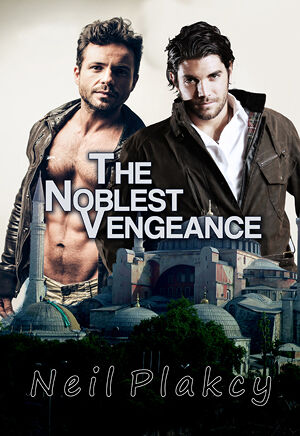 3.3 out of 5 stars
3.3 out of 5
6 global ratings
How are ratings calculated?
To calculate the overall star rating and percentage breakdown by star, we don’t use a simple average. Instead, our system considers things like how recent a review is and if the reviewer bought the item on Amazon. It also analyzes reviews to verify trustworthiness.
Top reviews

Jessica
3.0 out of 5 stars So-So
Reviewed in the United States on July 31, 2014
Verified Purchase
Mi Amor left me with mixed feelings. One the one hand, the writing is pretty decent and kept me engaged enough to finish the story. On the other hand, though, are numerous negatives that kept me from giving this novel anything higher than three stars. Normally, I love m/m books that exceed 200 pages, but this is a case where the length was not necessarily, in my opinion, a good thing. I felt that between Adam's conflicted relationship with Javier, his newly discovered potentially incriminating business dealings with his largest client, his family drama, and the descriptions of his daily occupational practices, there was too much going on. Had Plakcy instead focused on maybe two of these things, for instance Adam's relationship with Javier and his investigation by the FBI, for which Amazon's blurb indicates are the most important aspects of this novel, the book would have been tighter and both events would have gotten the more in-depth attention they deserved. As it stands, I couldn't truly believe Adam's final feelings for Javier; their relationship seemed entirely based on sex--we got no descriptions of the two men actually learning more about each other other than Javier's insistence that he can't be seen publicly with Adam because his Latino heritage and family wouldn't allow it--and Adam was constantly trying to get his mind of off Javier by stating how much he didn't want to be with a closeted man, how he didn't want to be in a serious "in love" relationship, and how the two men's lifestyles didn't mesh. His reason for his change of heart seemed weak and at odds with both men's, but especially Javier's, personality. Almost all of the scenes describing Adam's party-planning could have been edited out as they did nothing to advance the plot. Javier would show up at the most random of times only so the two could have sex. Adam's visit to his parents' home during the investigation added yet another layer to this story that really could have been left out. I kept waiting for more discussion about the FBI conflict or the evolving relationship between the two MCs, but most events seemed to only serve as filler. Additionally, I wasn't completely empathetic to or enthralled by Adam. While he appears likable for the most part, there were far too many instances where his arrogance, conceitedness, and shallowness cancels out his congeniality. I got tired of hearing repeatedly how much better looking than other guys he was, how he was cute, how he had a great body, how he was smarter than his law school alumni father and brother, how he felt the need to quietly assert his superiority over other characters by pointing out to the reader that they were too chubby or too old or too whatever, etc. There were also generic descriptions that suffered superfluous repetition, sometimes verbatim, that a good editor should have picked out. And certain interactions with the FBI agent were completely inappropriate, unrealistic, and were clearly meant to lead to another consequence that could have been handled in a more believable manner.

I can only point to a few specific positives that led me to give this book three stars. One is the decent writing style; the author obviously has talent but the plot development in this novel seemed a little muddled. The sex scenes, while sometimes placed in odd and formulaic places, were hot and steamy. And despite my feeling that too much happened in this book, the author did keep everything tied together. However, there were too many things that just didn't work and kept this from becoming a novel that stood out in my mind for good reasons. Fans of Neil Plakcy may enjoy this book, but I haven't read any of his other novels and after this one, I'm not entirely inclined too either.
Read more
One person found this helpful
Helpful
Comment Report abuse

Ulysses Grant Dietz
4.0 out of 5 stars A Miami set piece from a master of the genre.
Reviewed in the United States on November 24, 2012
Verified Purchase
While Neil Plakcy's best work is his "Mahu" series, set in Hawai'i, there is a lot to be said for the various novels he sets in Miami Beach - closer to home for this top-notch gay author.

"Mi Amor" is about a preppy wasp, Adam Beller, who has fled the cold of the NJ suburbs (and the disapproving lectures of his parents) to create a dream life for himself in the warm gay sun of Miami Beach. Steeped in the heady gay world of pretty boys, easy sex and all-night parties, Adam has a good thing going.

Into Adam's simple, pleasure-driven life, steps Javier Marisco, favored son of a local Cubano family. Confident, mature, and successful, Javier is still trapped in the closet by his family's expectations and his own fears. Against his better judgment, Adam finds himself increasingly drawn to Javier.

As Adam's dream life begins to come unraveled, he is faced once again with his family's disapproval, and torn between his need to live independently and his emotional ties to the closeted Javier.

Coming out, growing up, having fun, being a man. Neil Plakcy gives his readers a gay romance, but not without asking questions that every gay man has to answer as he decides what his life will be.
Read more
3 people found this helpful
Helpful
Comment Report abuse

M/M Fan
4.0 out of 5 stars A fun read
Reviewed in the United States on February 17, 2014
Verified Purchase
I am surprised this book has had so few reviews particularly given Plakcy's excellent Mahu and Have Body Will Guard series. Having said this, I almost didn't read this book as I thought it would be based on stereotypes given that one of the main characters, Adam, is described as "a cute sexy, party boy" and he is a party planner to boot! Anyway, I'm glad I did decide to read this as it is well written, relatively fast paced and laced with a bit of humour. There is some mild intrigue, surrounding Vlad (Adam's business associate) but there is not so much angst or drama. The book is really all about Adam and how he copes and moves on in life. He is most certainly not a I found he quickly grew on me as he showed himself to be a generous and likeable person and someone who did not take himself too seriously. I also liked his relationship with his family, particularly his father, and of course his romance with Javier. Give this book a try - you should be pleasantly surprised!
Read more
One person found this helpful
Helpful
Comment Report abuse