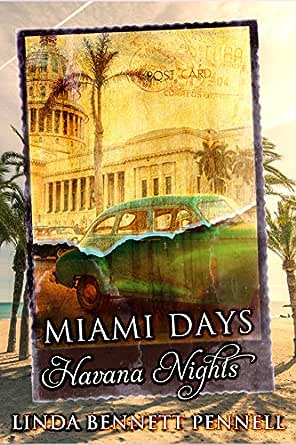 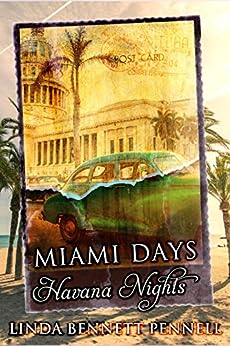 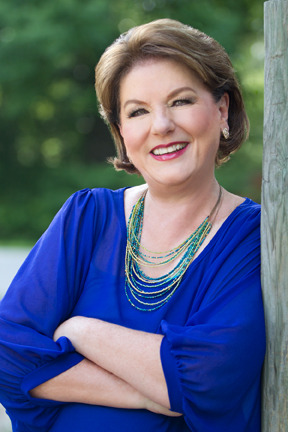 5/5 Stars & a Crowned Heart - "Miami Days, Havana Nights is a fascinating mix of historical and contemporary drama...Fans of stories like "Casablanca" will love Miami Days, Havana Nights!" In D'Tale Magazine, June 2019,  magazine.indtale.com/magazine/2019/june/viewer/desktop/#page/98 --This text refers to the paperback edition.

4.5 out of 5 stars
4.5 out of 5
29 customer ratings
How does Amazon calculate star ratings?
Amazon calculates a product’s star ratings based on a machine learned model instead of a raw data average. The model takes into account factors including the age of a rating, whether the ratings are from verified purchasers, and factors that establish reviewer trustworthiness.
Top Reviews

Susan James Berger
5.0 out of 5 stars History and humanity twined in a fascinating story
Reviewed in the United States on August 6, 2018
Verified Purchase
This is a beautifully written past and present mystery. I love how the story unwinds. Meticulous research and wonderful descriptions of the people and places in Sam’s story. The chapters alternate between Sam’s story and Liz’s quest to learn who Sam was and who she, herself is becoming. Highly recommend.
Read more
3 people found this helpful
Helpful
Comment Report abuse

Linda M. Carter
5.0 out of 5 stars Adventures into Miami/Havana
Reviewed in the United States on October 10, 2019
Verified Purchase
I have just finished Miami Days, Havana Nights. A page turner, if I've ever seen one.
Ms. Pennell weaves a story of intriguing and full of mystery. I have read all of her books and each one is the same as this one. The stories are loaded with history and the characters lives unfold and draw you in as though you are there. You will not be disappointed in any way other than the story comes to an end. 😏
Read more
Helpful
Comment Report abuse

Stephanie
4.0 out of 5 stars Miami Days, Havana Nights
Reviewed in the United States on November 20, 2018
Sam Ackerman is a 17 year old Jewish boy trying to help his family with money in New York, 1926. Sam finds out he can make an extra two dollars working for a gangster in a speakeasy. Usually Sam is only tasked with cleaning up, however when Sam witnesses a hit and is tasked with dumping the body, he is seen by the police. Sam is hurried out of New York and sent to a contact in Miami, Moshe Toblinsky, the mob's bookkeeper. Indebted to the mob and Moshe, Sam continues working for the mob, now running alcohol back to the mainland. Sam is housed with the Scheinberg family and can't help but take notice of their daughter, Rebecca. Sam wants out of the mob in order to marry Rebecca, but is too far in. It seems that he will always owe someone a favor.

Presently, Liz Reams is trying to fish out the next big discovery in American Crime. She is desperately trying to keep up to her early career success from her last discovery about Al Capone, but keeps coming up empty. Liz finally gets a break when she finds a news article with pictures, but she still needs to identify the man with the scar on his face and his connection to Moshe Toblisnsky. However, now she is indebted to the man who lined up all of her contacts.

I always love a good dual time story and Miami Days Havana Nights is no exception. The chapters alternated between Sam and Liz's points of views and each chapter always seemed to end on a small cliffhanger making me devour the next chapter so I could see what would happen next. Both Sam and Liz had equally compelling stories and I'm glad that their relationship was only historical figure and researcher, what tied their stories together was simply their sense of obligation to those who have helped them. Sam's story showed how kids were pulled into the mob and kept there. Sam never had any intention of joining, he just wanted extra money to support his family, because of his ideals and work ethic, he was the perfect person to fulfill mob tasks. From Sam's story, I also learned of the extent of the Jewish people within the mob. Moshe Toblinsky's character is loosely based on Meyer Lansky. LIz's story dives into the high pressure in the world of academia and research, especially as a female researcher looking into American Crime. I appreciated how Liz grew more aware of her actions and how she felt as she was digging deeper into Sam's life. Overall, a fast-paced dual-time story exploring Florida's Jewish mob connections.

This book was received for free in return for an honest review.
Read more
One person found this helpful
Helpful
Comment Report abuse

ERIN E WOLF
5.0 out of 5 stars Amazing
Reviewed in the United States on September 15, 2019
I give Miami Days, Havana Nights by Linda Bennett Pennell, 5 stars.

In the mid 1920s, 17 year old Jewish boy Sam witnesses a mob hit in New York. Instead of losing his life, the men he works for ships him off to Miami, never to see his family again. He must learn to survive with coming to the reality that he will be working for the gangsters since they saved his life. He is told to stay in a Jewish bakery. Here he meets the baker's daughter and falls in love. But her parents don't want her to marry a gangster? Can he get out of this life? He owes them so much, but he loves Rebecca. Thus begins an interesting life no one had ever heard of.

While doing research for another course, Liz comes across an unknown man in quite a few photos of notorious Jewish connected man, Moshe Toblinsky. The more she tries to find out about this man, the more mysteries arise, including lots of travel and adventure. Meanwhile she is still dealing with the security of a trustworthy boyfriend, and some issues with her parents. Can she discover who this man is? Is it worth it?

I was blown away by the first book in the series and so eagerly awaited reading this book. I was so not disappointed. It has wonderful characters in both timelines and all of the things going on both present and in the past grip you in the spell the author has weaved of love, misfortune, action and adventure.

I highly recommend this book to all of those who like great books!
Read more
Helpful
Comment Report abuse

ESanchez
5.0 out of 5 stars Highly recommend and hope there is another in the series
Reviewed in the United States on September 19, 2019
Miami Days, Havana Nights is the followup to Al Capone at the Blanche Hotel, by Linda Bennett Pennell. It isn't listed as a series, but I think a lot of character background can be gained from reading them in order. I quickly fell in love with this book, as it was an interesting story (2 actually) and a bit of history. The chapters alternate telling the story of Sam Ackerman and Liz Reams. At the end, they merge, and you get a full picture. While I did like that, because its 2 stories, set nearly 100 years apart, at times I was annoyed I couldn't see what happened next for another chapter. It was hard to alternate, only because it keeps you in suspense a while longer.
Sam is a teenager when he witnesses a murder, and is quickly sent off for his protection. He didn't even get a chance to say goodbye to his mother, and was sent across the country with not even a change of clothes. But its better than being killed or locked up, so he makes the best of it. He falls in love, to someone forbidden, and must try to cut ties with the mob, but seems to keep getting pulled back in.
Liz is a history professor, who's passion is researching American Crime. She likes to research the unknown, every day man, and write their story and connection with the mob. She is led on quite the dangerous adventure this time, trying to obtain more research.
Highly recommend this one. I hope there are more to come in this series! I want to see what happens with Liz and Hugh!
Read more
Helpful
Comment Report abuse
See all reviews from the United States

Miami Days, Havana Nights by Linda Bennett Pennell is an intriguing historical suspense story- with drama, action, mystery, and interesting characters
The author has again crafted a complex story- giving us duel stories which unfold on two different timelines- but were tied together by history. The characters are fully realised and very interesting- and all added to the overall storyline.
As noted previously, the authors love of the past, historical detail, intriguing characters, and a great story- really shines through her writing. I wonder what she has in store for us next.