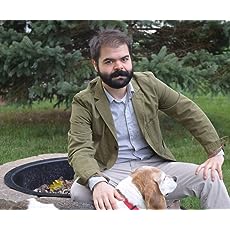 About Michael A. Ferro

Michael A. Ferro's debut novel, TITLE 13, was published by Harvard Square Editions and was awarded as a "Best Book of 2018" by the Emerging Writers Network. He was named as a finalist by Glimmer Train for their New Writers Award, won the Jim Cash Creative Writing Award for Fiction, and has been nominated for the Pushcart Prize. Michael's writing has appeared in numerous literary journals and print anthologies, including Juked, Monkeybicycle, Michigan Quarterly Review, Poets & Writers, Crack the Spine, Heavy Feather Review, Entropy, Vulture, Duende, BULL: Men's Fiction, Splitsider, and elsewhere. Born and bred in Detroit, Michael has lived, worked, and written throughout the Midwest; he currently resides in rural Ann Arbor, Michigan. Additional information can be found at: www.michaelaferro.com.
Read more 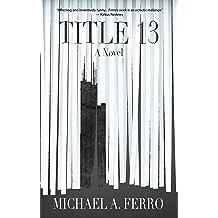 "A wonderful experience and a terribly compelling character study... sometimes fun, sometimes dark. For a first-time novelist, (Ferro is) very knowing about the emotional territory of life. A very, very ambitious book." ​--Rick Kogan, Chicago Tribune
A timely investigation into the heart of a despotic faction within the government, TITLE 13 deftly blends satirical comedy aimed at the hot-button issues of modern culture with the gut-wrenching reality of an intensely personal descent into addiction.

Heald Brown might be responsible for the loss of highly classified TITLE 13 government documents--and may have hopelessly lost himself as well. Since leaving his home in Detroit for Chicago during the recession, Heald teeters anxiously between despondency and bombastic sarcasm, striving to understand a country gone mad while clinging to his quixotic roots.

Trying to deny the frightening course of his alcoholism, Heald struggles with his mounting paranoia, and his relationships with his concerned family and dying grandmother, all while juggling a budding office romance at the US government's Chicago Regional Census Center. Heald's reality soon digresses into farcical absurdity, fevered isolation, and arcane psychological revelation, hilarious though redoubtable in nature. Meanwhile the TITLE 13 secrets remain at large, haunting each character and tangling the interwoven threads of Heald's life, as the real question looms: Is it the TITLE 13 information that Heald has lost, or his sanity?
Read more
Other Formats: Paperback