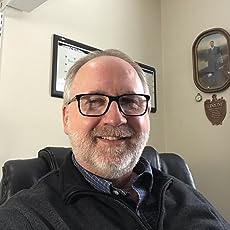 If you don't count the impromptu, on-the-fly rewrite of Little Red Riding Hood when he was about ten, Michael DeCamp began his creative writing adventure in his freshman English class at Muncie Southside High School. To fulfill his teacher's language structure assignments, he would formulate grammatically accurate, yet weird and off-the-wall sentences. Inevitably, those sentences would end up scrolled across the chalkboard for everyone to both evaluate and enjoy.
As a young married man, Michael developed a passion for reading after finding "Twilight Eyes" by Dean Koontz on a grocery store shelf. Over the years, his tastes have ranged from classic authors like Steinbeck, Tolkien, and Hemingway to modern authors like Koontz, King, Baldacci, and Grisham. He enjoys history, spiritual enrichment, action adventure, and stories with a scary edge.
Michael DeCamp lives in Indianapolis with his wife of over thirty years and his high strung, miniature Australian shepherd. He has two talented grown daughters who make him continually proud and he enjoys serving his church, reading, and taking adventurous vacations.
Eventually, Michael discovered that what the imagination can envision, the keyboard can create and he began to write. Starting with short stories, he has practiced and honed his skills culminating in his debut novel, Abandon Hope. The short stories are yet to be published. His first was "Hate to Wait" and his favorites are "Davy's Gift" and "Out of the Depths of Abandon." The last two are also set in fictional Cutters Notch, Indiana.
Finally, Michael's lifelong goal has been to fulfill the words that his father told him when he was only a toddler: "Mike, the most important thing you can do in your life is to love God."
Read more 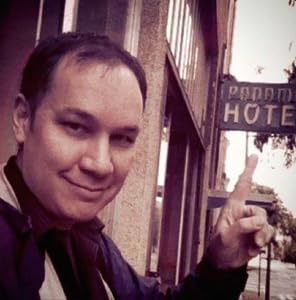 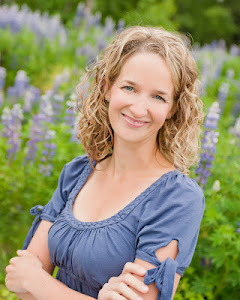 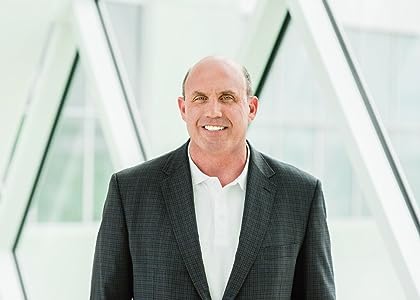 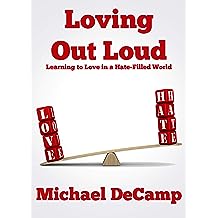 Loving Out Loud is a collection of personal stories intended to provide practical examples of how to love our neighbor, one another, and even our enemies. In some, Michael shares about how other people truly set an example for him. In others, he shares about times when he blew it. In all of them, you will find grace and an opportunity to adapt the message to your own daily life. You will laugh with him and you may cry with him, but you will also walk with him as he learns how to love. This book is great for bible classes, small groups, or devotional times. Each chapter contains discussion questions and a personal challenge. As a bonus at the end, you will find the Lovementalism Challenge designed to help you set new patterns in your love for others.

“Without preaching, shaming or finger-pointing, Mike DeCamp stands before us and strips his own life bare…” -- Dr. Patrick Mead—Senior Pastor at the Fourth Avenue Church, Franklin, TN

“I highly recommend this book to you if you are wanting to understand Jesus’ concept of loving God with everything you have and loving your neighbor as yourself.” -- Dr. Jim White—Senior Minister at the Southwest Church of Christ, Omaha, NE 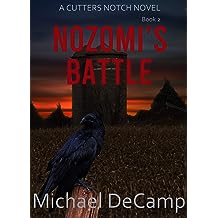 Hope Spencer, still recovering from her own ordeal (Abandon Hope), is desperate when her best friends, Josh Gillis and Danny Flannery, are abducted from their beds in the middle of the night.

While Josh and Danny struggle to escape, Hope is in despair, unable to assist them the way they assisted her. She seeks the aid of her elfin friends from the Arboreal Realm where she meets Queen Agahpey Hesed, the mother of her three new, odd friends, Gavin, Gronek, and Smakal.

Meanwhile, another seemingly unrelated drama is unfolding at the Notch Inn Motel and the Robbins Stone Limestone Mine, both owned by Mabel Robbins.

Rick Anders, the new interim sheriff, is tracking down leads and juggling emergencies. Danny Flannery looks manhood square in the eyes. Josh Gillis is faced with a desperate choice. And Hope Spencer finally comes face to face with her disturbed father. Through it all, the evil specter laughs and slurps up the flavors of human pain in the tiny town of Cutters Notch, Indiana. 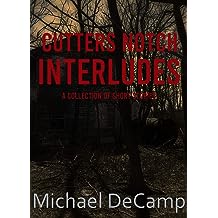 Cutters Notch, Indiana may seem to be a sleepy little town, but not everything is always as it seems. These interludes provide you with a glimpse into the sometimes ordinary, but often extraordinary events that pepper everyday life in the tiny community.

Out of the Depths of Abandon: Tim and Traci want an inground pool, so they decide to move the ancient stone with the odd carvings. The results are devastating.

Penny’s Pet Peeve: Penny is peeved at Donald for his callous, inattentive attitude and decides to get a new life.

Linda’s Window: Calvin has been heartbroken for forty years, but his long-lost love returns to her parents’ home next door.

Davy’s Gift: Davy is a smart little boy with parents who are locked in their own domestic battles until a fire on Christmas Eve changes everything.

Rose and the Wooden Box: Sharee is very curious about the strange, mesmerizing necklace Rose is wearing, but curiosity can be a dangerous thing.

Enjoy these forays into the adventures that are everyday life in this small hamlet nestled inside the Hoosier National Forest. The dimensional layers are thin there. You never know what may happen next. 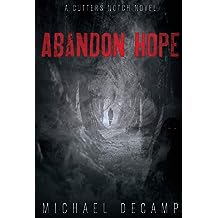 Abandon Hope: Young Adult Fantasy Suspense (Cutters Notch Book 1) Nov 1, 2019
by Michael DeCamp
( 21 )
$2.99
When Hope Spencer is thirteen years old, she and her mother move to the tiny community of Cutters Notch in forested southwestern Indiana to hide from Hope’s dangerous and abusive father. Unaware whether he is still in prison or has been freed, they settle into a new life under new identities. The athletic young girl becomes close friends with two boys in her quaint neighborhood, and when she mysteriously disappears one Saturday afternoon, they take on the task of finding her. Racing against time, the boys join forces with their state trooper neighbor and three other very unusual allies to battle against the evil taking aim at their friend. Will they find and rescue Hope, or will they fall victim themselves?

Whatever happens, they are determined. They will not Abandon Hope.