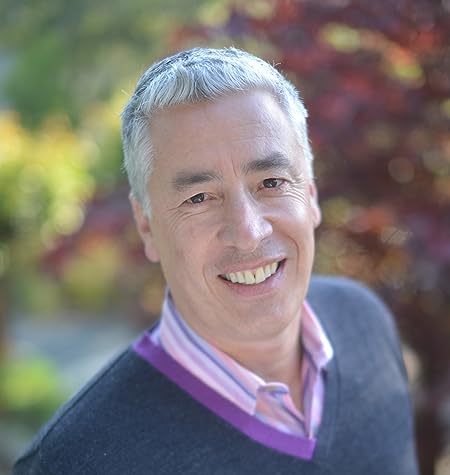 Michael Genhart, PhD, is a licensed clinical psychologist in private practice in San Francisco and Mill Valley, California. He lives with his family in Marin County. 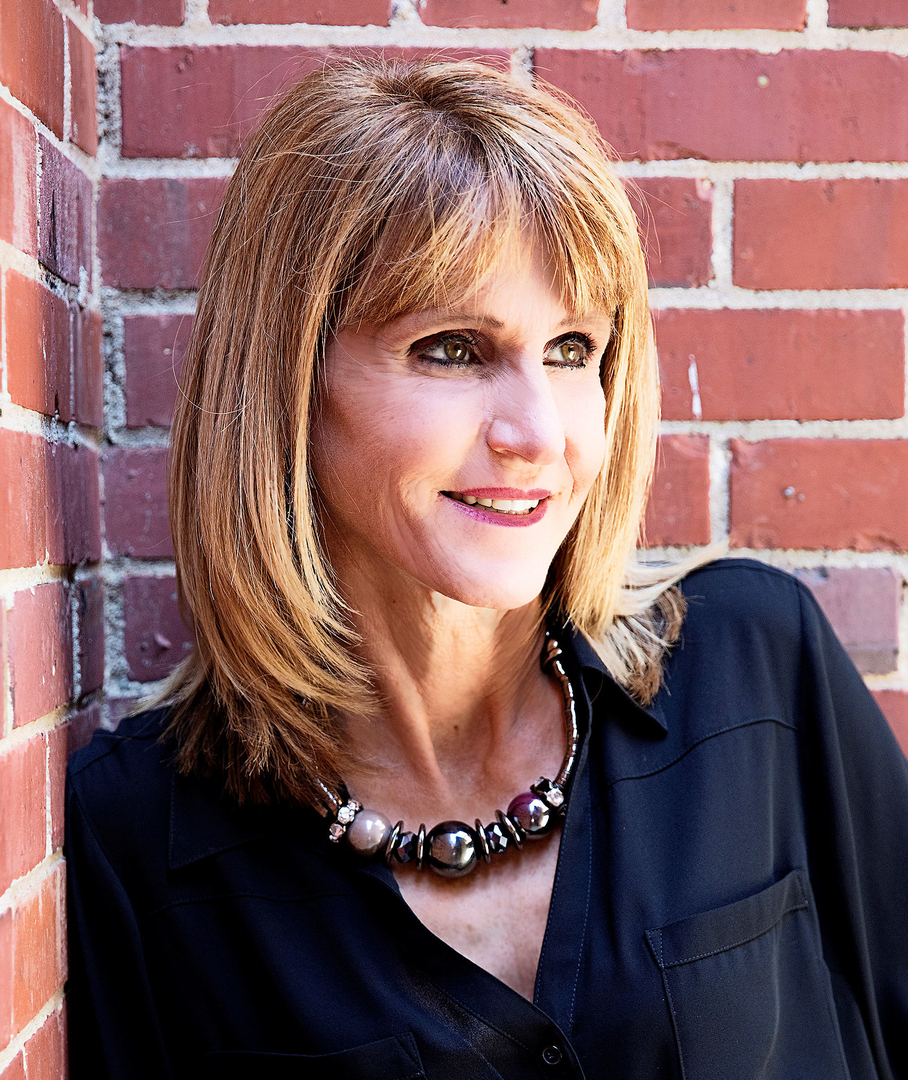 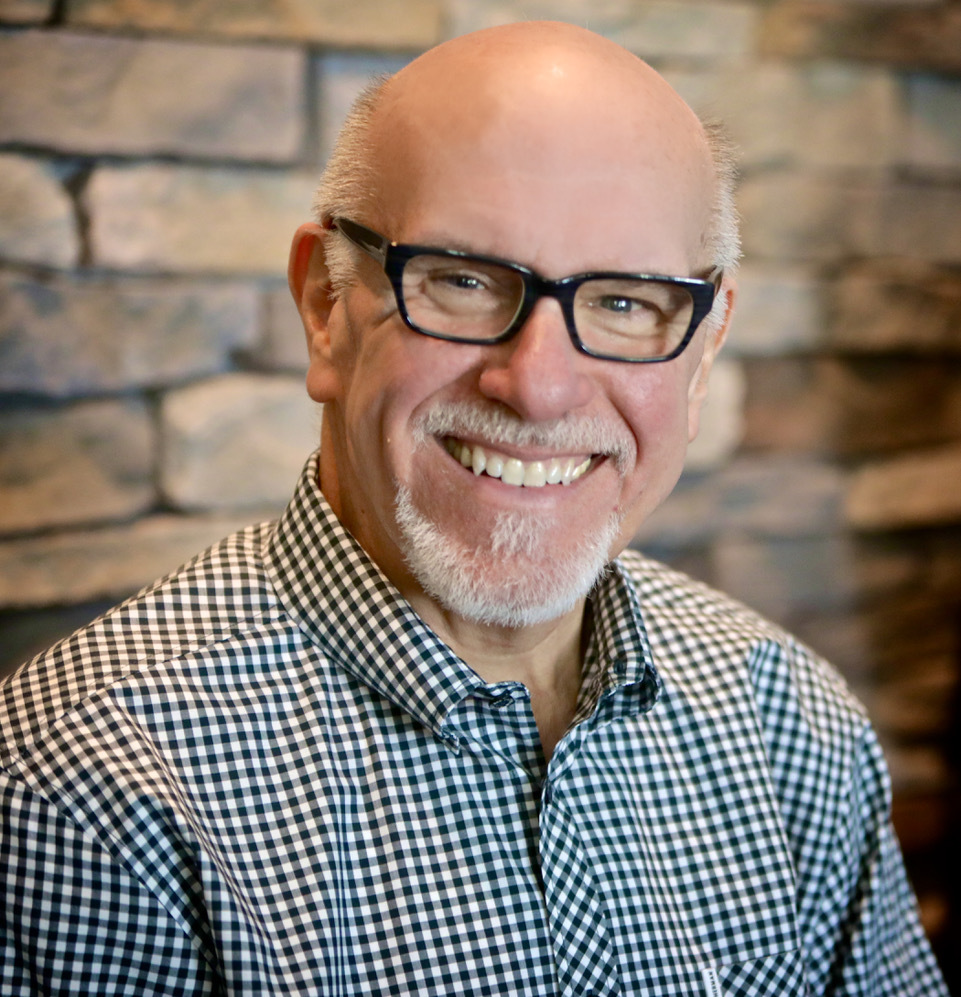 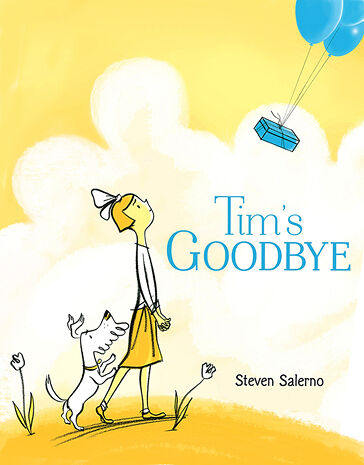 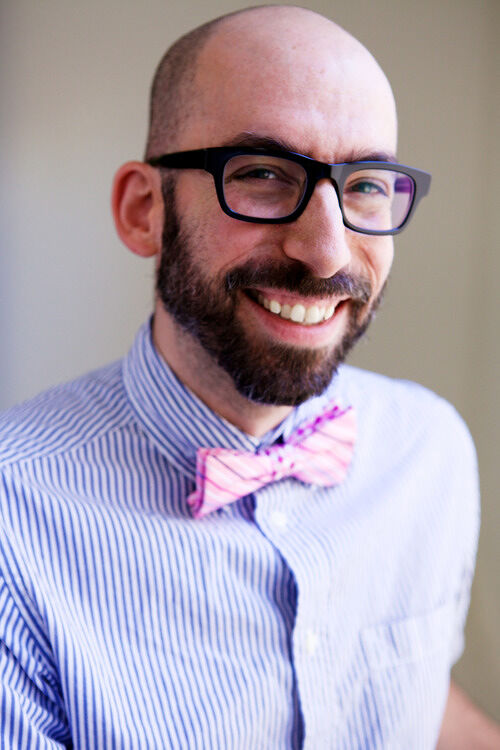 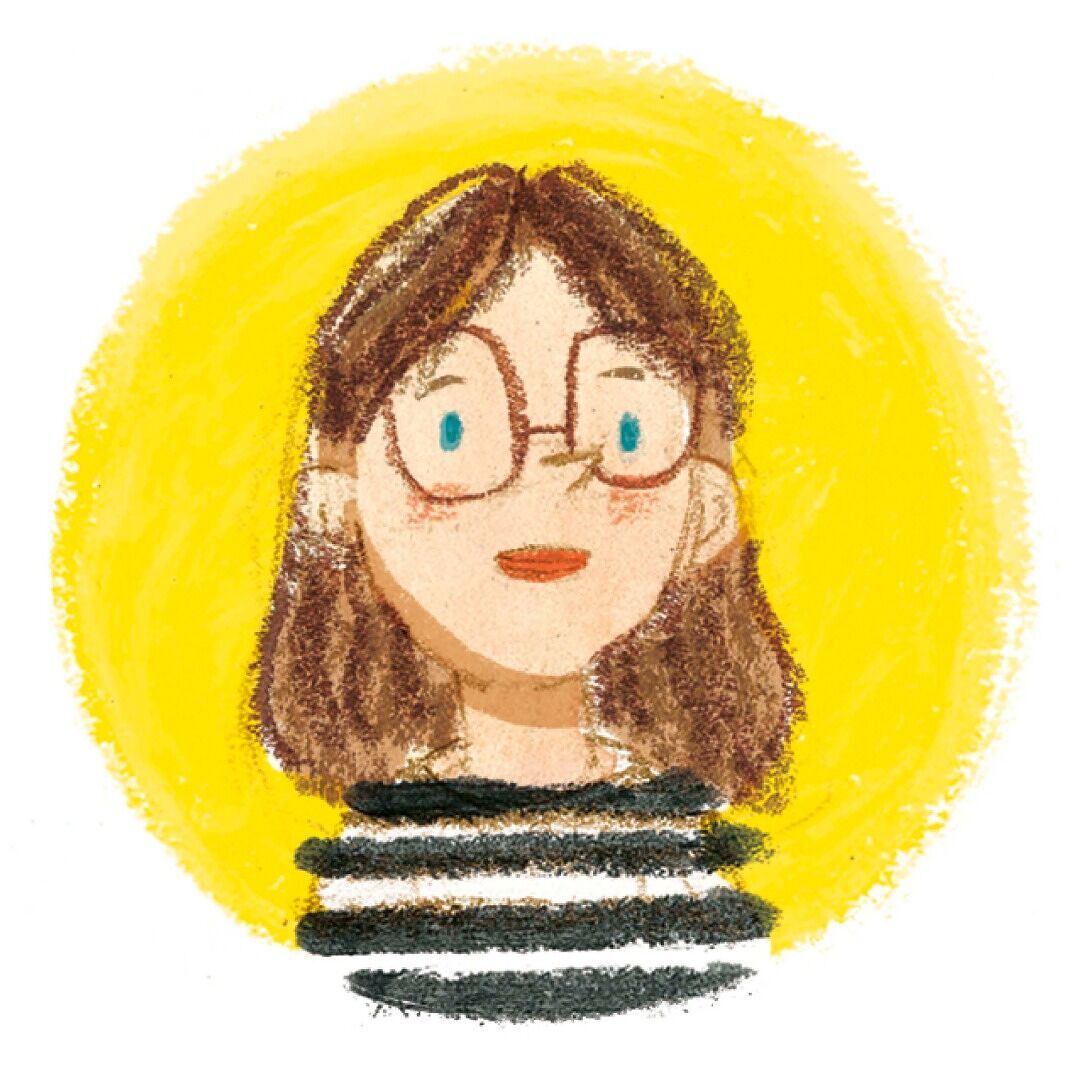 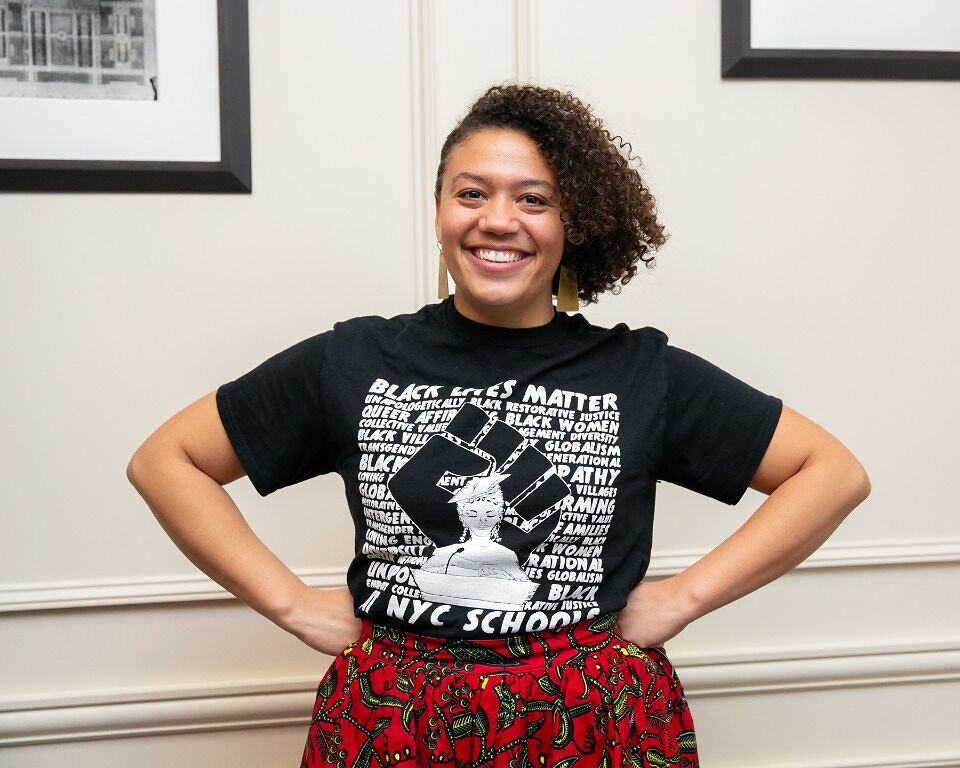 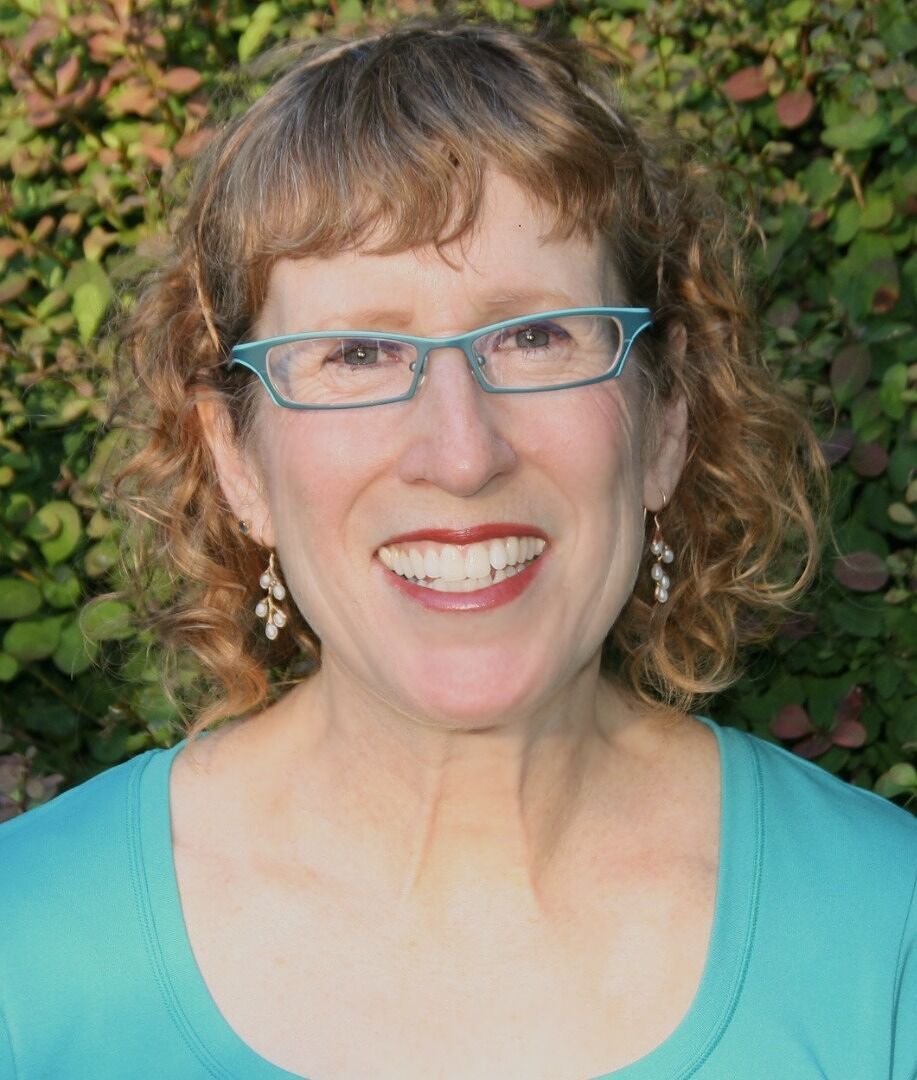 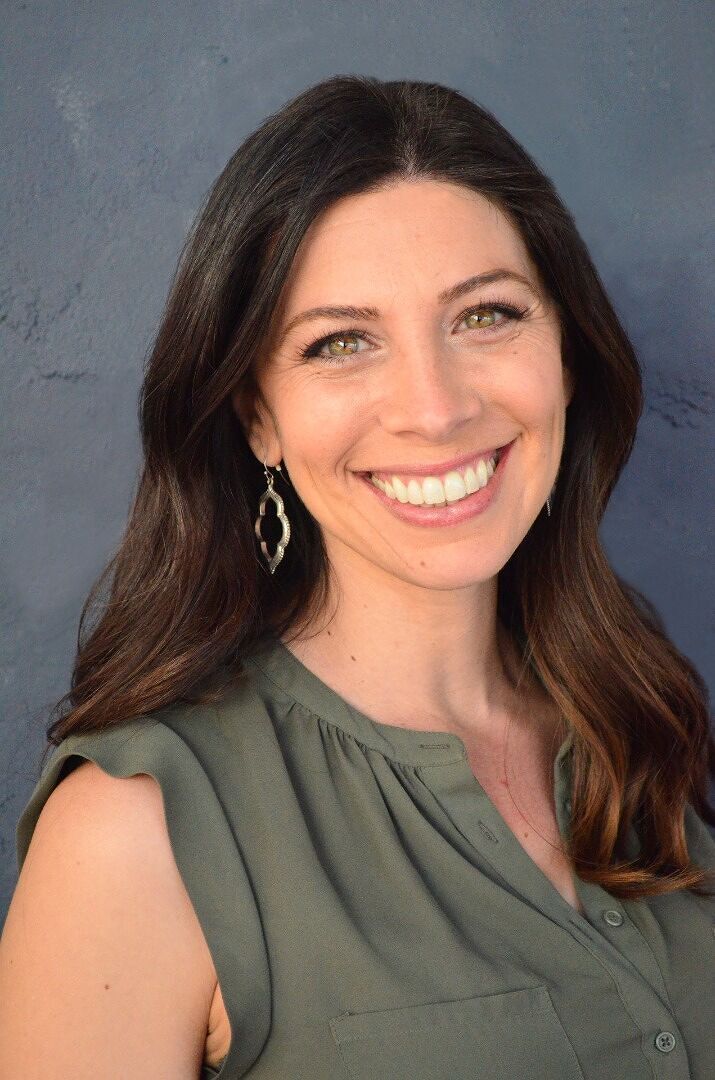 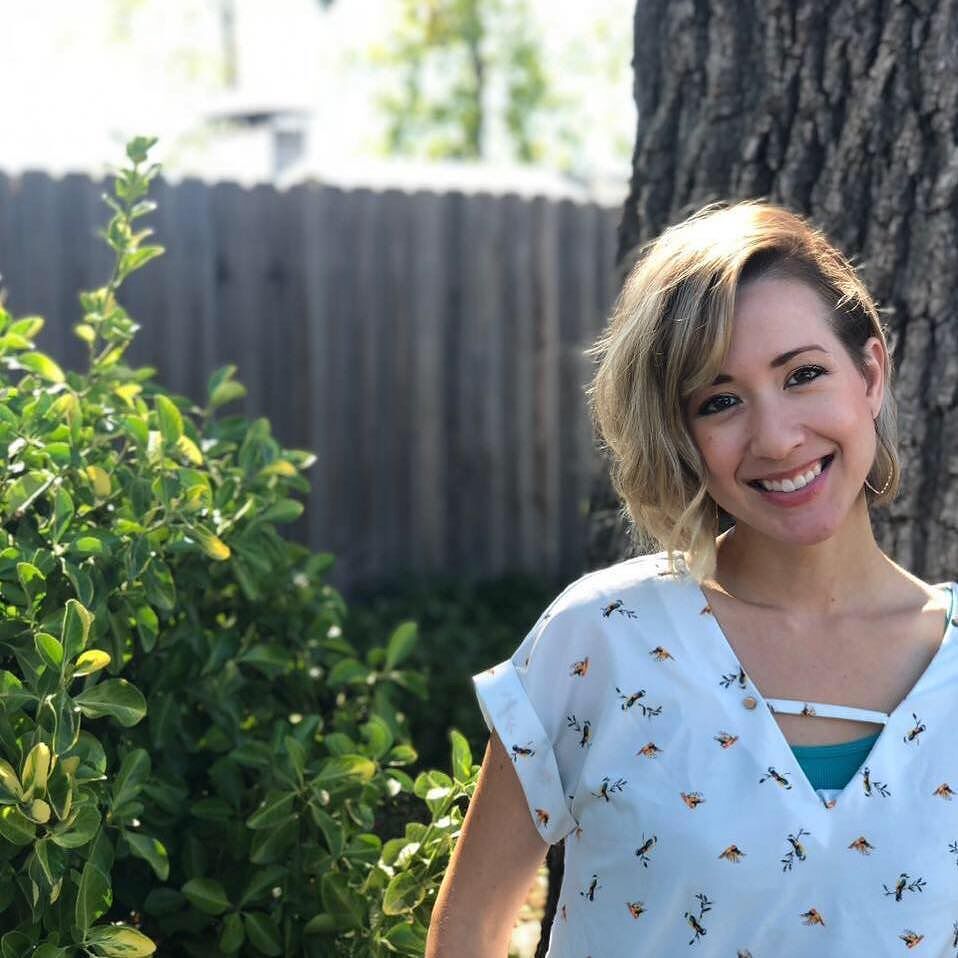 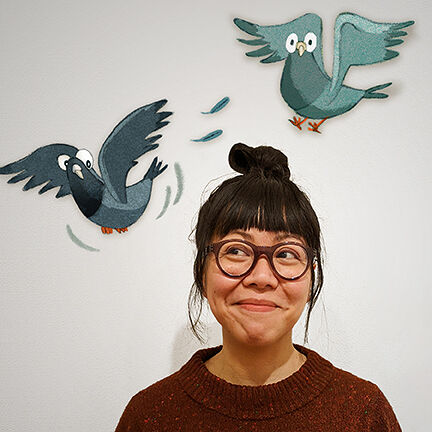 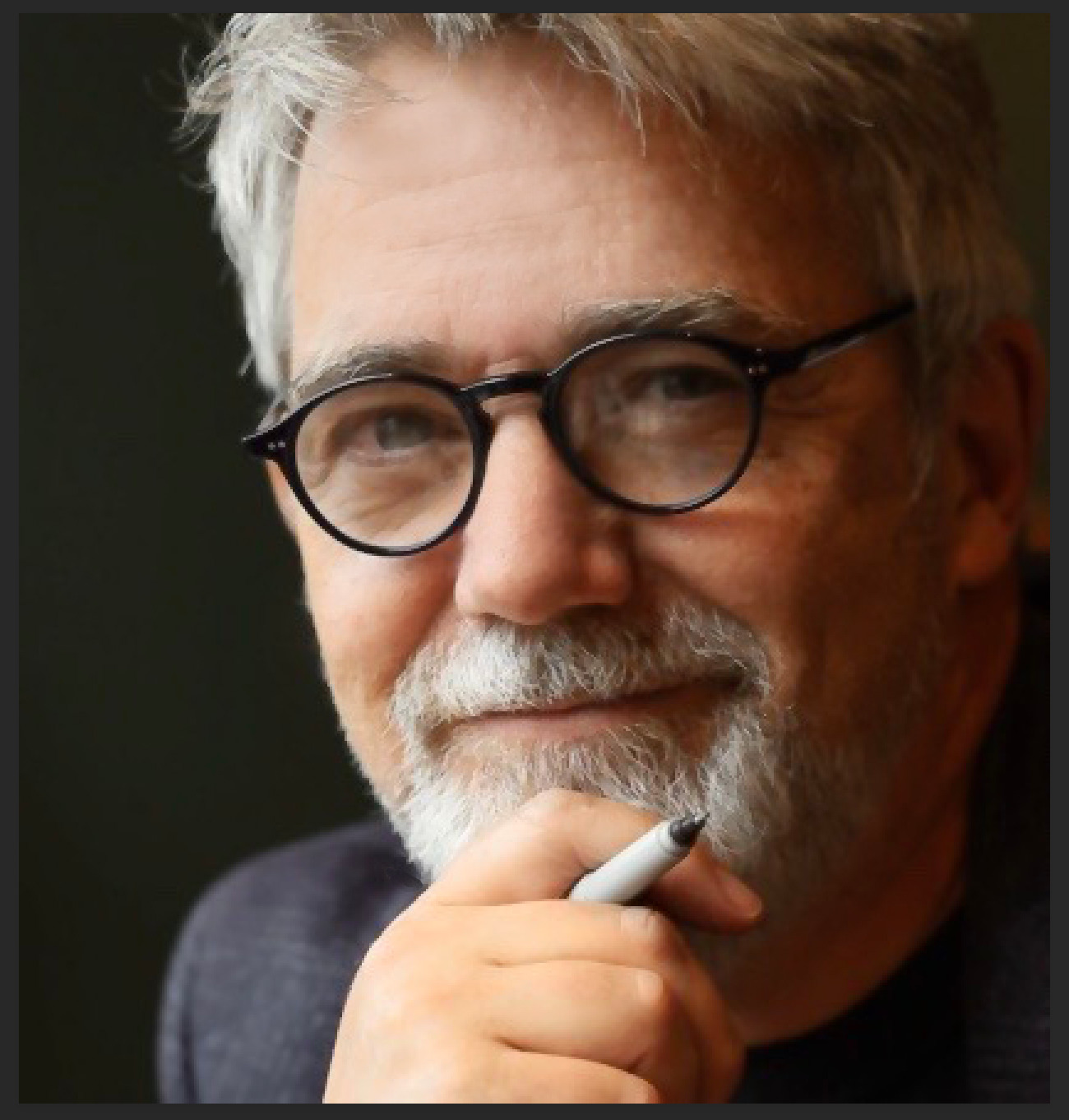 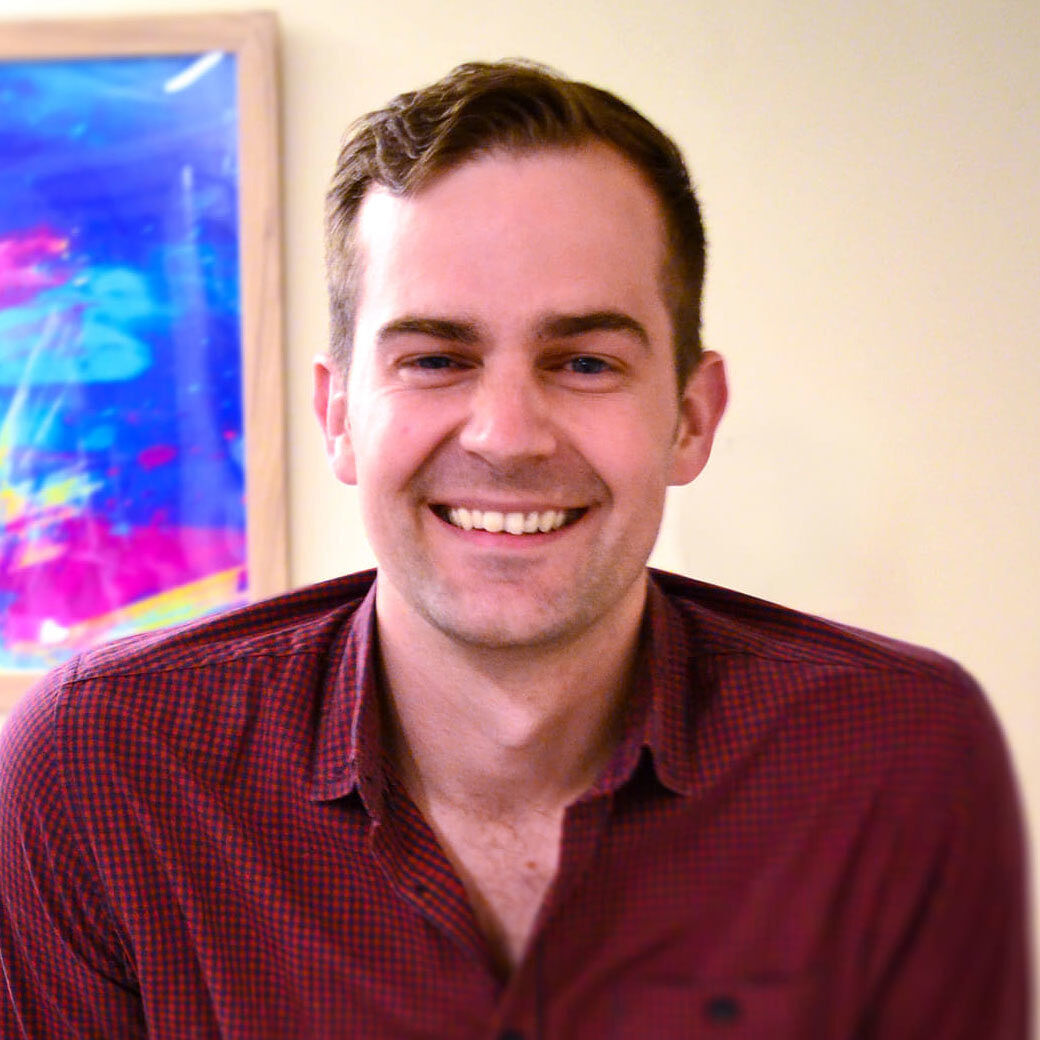 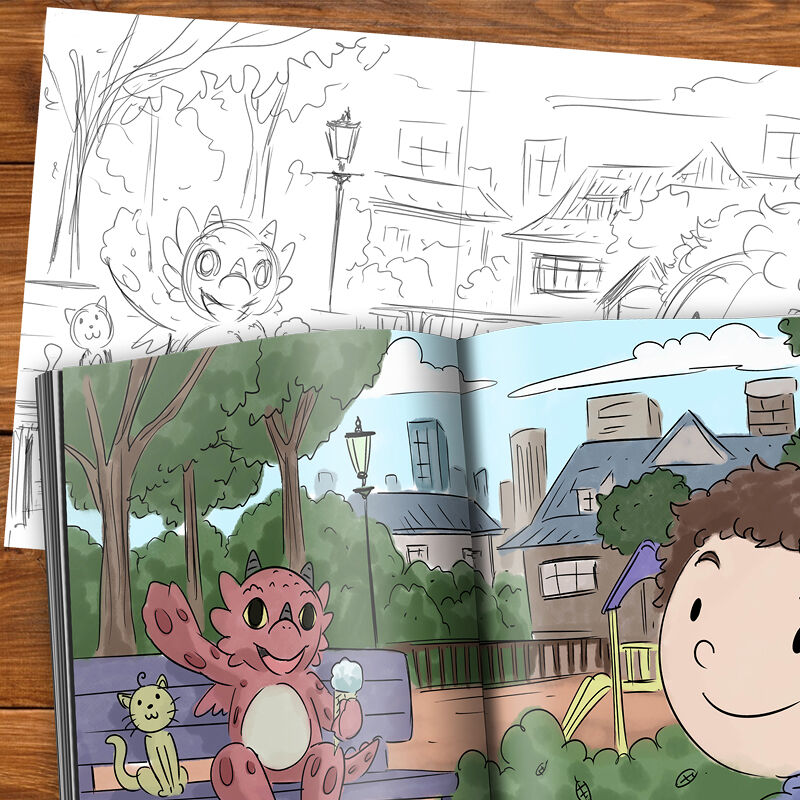 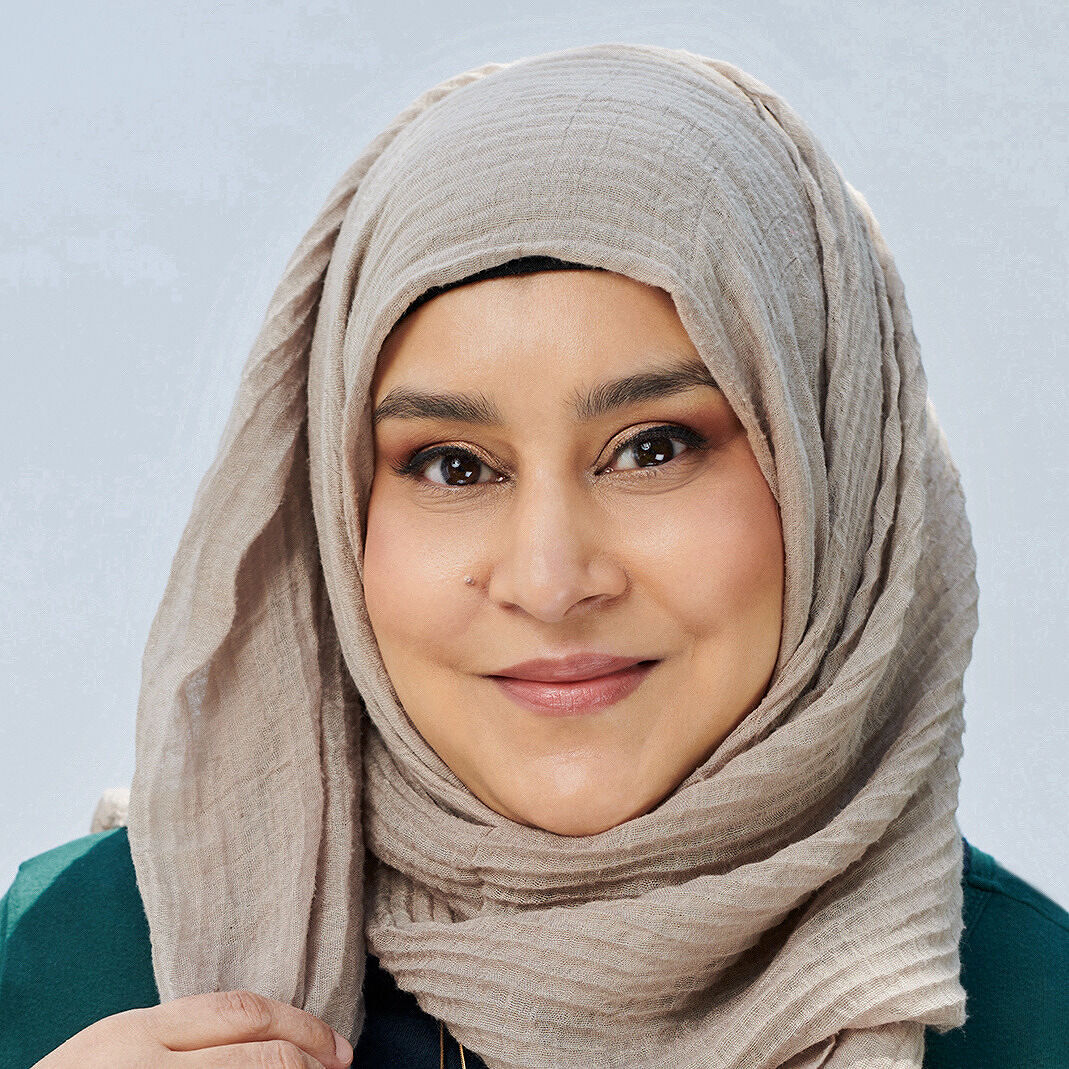 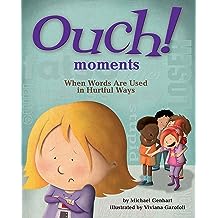 When a bee stings, Ouch! That hurts!

When your finger gets caught in a closing door, that hurts a lot.

Microaggressions or “ouch moments,” as they are referred to in the story, are brief exchanges where an indignity, insult, or slight is expressed—whether intentionally or not—from one person to another.  For instance, when children use words like “lame” or “gay” to mean that something is bad, weird, or different, they communicate a message that having a disability or being part of LGBT community is equal to being bad, weird, or different. Children likely are not trying to be hurtful; they may just be repeating words that they have heard in the past and may not realize the discriminatory connotations.

Young people have a wonderful capacity to care about each other. However, they need guidance, mentoring, and modeling from adults to understand the impact of their words and behaviors. Ouch Moments: When Words Are Used in Hurtful Ways explains these "ouch moments" in kid-friendly terms, offers practical strategies for what kids can do to help, and empowers kids to stand up to mean and hurtful language.

A Note to Parents and Caregivers by Kevin L. Nadal, PhD, provides more information about microaggressions, and strategies for talking to children about hurtful language, discrimination, and bias. 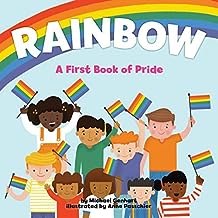 Rainbow: A First Book of Pride Nov 4, 2020
by Michael Genhart, Anne Passchier
( 397 )
$12.82
A must-have primer for young readers and a great gift for pride events and throughout the year, beautiful colors all together make a rainbow in Rainbow: A First Book of Pride. This is a sweet ode to rainbow families, and an affirming display of a parent’s love for their child and a child’s love for their parents. With bright colors and joyful families, this book celebrates LGBTQ+ pride and reveals the colorful meaning behind each rainbow stripe. Readers will celebrate the life, healing, light, nature, harmony, and spirit that the rainbows in this book will bring.
Read more
Other Formats: Hardcover 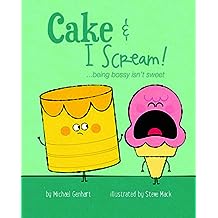 Cake & I Scream!: …being bossy isn't sweet (Books for Nourishing Friendships) Mar 5, 2021
by Michael Genhart, Steve Mack
( 76 )
$8.16
Best friends Cake and Ice Cream love having fun and going to parties! But when Ice Cream tries to get his way by being bossy and loud, he feels all alone. With Cake's help, he has an important realization which changes his bossy ways...and becomes his sweet, soft self again!

Includes a Note to Parents, Caregivers, and Educators with more information about bossy behavior, and strategies to help guide children to behave assertively while still being mindful of others’ feelings.

Cake & I Scream! …being bossy isn’t sweet is part of the Books for Nourishing Friendships Series from Magination Press. Other titles in the series include Mac & Geeeez! ...being real is what it's all about and Peanut Butter & Jellyous ...sometimes friendships get sticky.

From the Note to Parents, Caregivers, and Educators:

While it is normal for kids to exert their independence and will, that does not mean it’s okay to do so in ways that upset others. Bossiness is ordering others about in a domineering and oppressive manner. Bossy behaviors in children include: telling other kids what to do (e.g.,
where to sit, who to play with at recess), and what they are doing wrong; interrupting all the time; always needing to win at games; and having trouble waiting for their turn.

There are many reasons children exhibit bossy behavior, including but not limited to: seeking attention when not feeling heard or respected, testing the limits of their authority, having worries or frustrations that their own needs will not be met; expressing an insecurity or low self-esteem; wanting to express power and control (as someone who feels they have none); and a desire to express independence but in an immature manner.

Assertiveness, as opposed to bossiness, is being confident and forceful while still being mindful and sensitive of others. Similarly, being a leader is not about being controlling of others. Non-bossy assertive or leadership behavior is supportive, helps others find their strengths,
encourages problem-solving, promotes respect, and is considerate of the feelings of others. While there are gender differences in how we perceive the same behavior (i.e., girls can be accused of being bossy while boys are seen as leaders), bossy behavior in the context of friendships will surely be experienced by any child as very unpleasant regardless of gender.
Read more
Other Formats: Hardcover 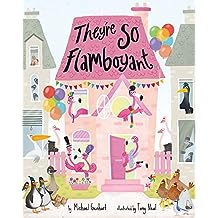 They're So Flamboyant Oct 19, 2021
by Michael Genhart, Tony Neal
( 6 )
$6.40
flam·boy·ant – (of a person–or bird!–or their behavior) tending to attract attention because of their confidence, exuberance, and stylishness

This fun and funny bird's-eye tome to individuality, community, and harmony follows the reactions of a neighborhood full of birds when a “flamboyance” of flamingos moves in. Each band of birds—a gaggle of geese, a dole of doves, a charm of finches, a brood of chickens, a scream of swifts, and an unkindness of ravens—all have their feathers ruffled and express their apprehension about the new and different arrivals. Bright pink colors, long legs, how dare they! Even a watch of nightingales patrols after dark. When the band of jays decides it is time to settle down the neighborhood, the pride of peacocks takes the lead, with support from a waddle of penguins, a venue of vultures, a mob of emus, and a gulp of cormorants. Finally, they all land at the flamingos’ welcome party only to realize that they had all been birdbrained. Their new neighbors are actually quite charming, and not so scary and different after all. Includes a note from the author on helping children to learn about acceptance, avoid stereotyping, and model welcoming behavior.
Read more
Other Formats: Hardcover 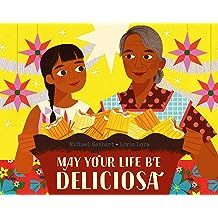 May Your Life Be Deliciosa Sep 14, 2021
by Michael Genhart, Loris Lora
( 17 )
$9.99
A delicious and fortifying picture book inspired by the author’s family, featuring the Mexican tradition of holiday tamale-making

“What is the recipe?” I ask. Abuela laughs. “It is in my heart, Rosie. I use mis ojos, my eyes, to measure. Mis manos, my hands, to feel. Mi boca, my mouth, to taste. My abuela gave it to me, and I am giving it to you.” Each year on Christmas Eve, Rosie’s abuela, mamá, tía, sister, and cousins all gather together in Abuela’s kitchen to make tamales—cleaning corn husks, chopping onions and garlic, roasting chilis, kneading cornmeal dough, seasoning the filling, and folding it all—and tell stories. Rosie learns from her abuela not only how to make a delicious tamale, but how to make a delicious life, one filled with love, plenty of spice, and family.
Read more
Other Formats: Hardcover