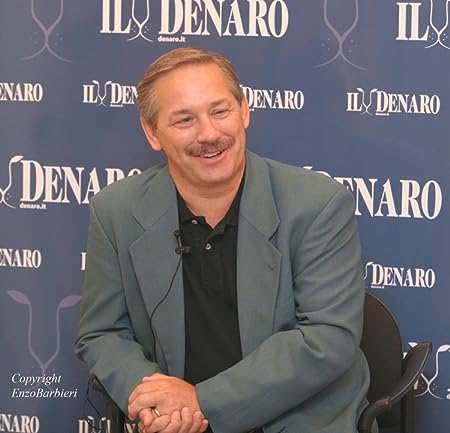 Michael H. Sedge is an American journalist, author, marketing specialist, and entrepreneur. He founded the marketing company Strawberry Media and co-founded the U.S. small business, Michael-Bruno, LLC, which offers architectural design, engineering services, and construction management to the U.S. government in Europe, Africa, and the Middle East. His non-fiction book, The Lost Ships of Pisa, won the President of the Italian Republic's Book of the Year Award for a Foreign Author and the “Rusticcello di Pisa” International Journalism Award from the city of Pisa.

Sedge was born in Flint, Michigan, and graduated with a Bachelor of History and Government from University of La Verne in La Verne, California. In 1973 Sedge started his service in the United States Navy, and was soon assigned to Southern Italy for what was meant to be a 48 month stay. He was assigned to diverse locales in Europe until 1977. Eventually Sedge, who also speaks Italian, took up permanent residence in Naples, Italy to pursue writing, journalism, and ultimately as an international businessman.

Worldwide, Sedge is credited in more than 4,000 articles, several audio tape scripts, children's plays, some 30 books (combined collaborations as well as solely authored), and four television documentaries. His topics often cover expatriate affairs, United States and NATO military, archaeology, the London theater beat, the business of freelance writing, and Italy. In June 1998 Sedge was hired as the special assignment writer for the Alexandria, Egypt production of the Discovery Channel's Cleopatra's Palace. The project entailed a book and a documentary. In 2003 Sedge was a contributing editor to the "Armed Forces Journal International," publishing such features as "Not-So-Friendly Fire War in Iraq Shows Fratricide Remains an Enduring Problem". It was a report on casualties of friendly fire during the U.S. led war in Iraq, including causes of friendly fire incidents and technical solutions to the problem.

• Commercialization of the Oceans (1987)

• Selling Books to the Military Market

• Double Your Income through Foreign Sales[7]

• The Writer's and Photographer's Guide to Global Markets (1998)

• Successful Syndication: A Guide for Writers and Cartoonists (Allworth

• The Mediterranean Diet, Origins and Myths (2000)

• The Photojournalist's Guide to Making Money (2000)

He authored the screenplay "The Vatican Diary", several non-fiction books including Ascent to Failure, and his latest novel, The Oracle. His next work, co-authored with former Navy Chief Journalist Joel Jacobs, Death Watch was being considered by four major film production companies. He also founded the "Dolce Vita Writer's Holiday" workshop in Italy

His non-fiction work The Lost Ships of Pisa won the President of the Italian Republic's Book of the Year Award for a Foreign Author. The “Rusticchello di Pisa” award from the City of Pisa and the Italian Transportation and History Price for Literature.

• Association of Publishers for Special Sales

• American Chamber of Commerce in Italy (former President at Large) 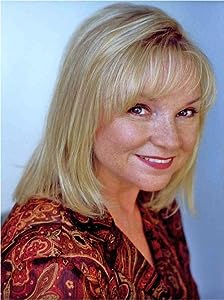 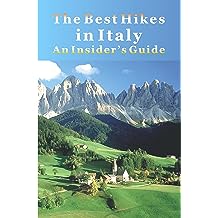 The Best Hikes in Italy: A Insider's Guide Oct 1, 2013
by Michael Sedge
$5.99
If the ups and downs of mountain trails and picturesque forests lure you, Italy will seem a land of fantasy. Hiking, back­packing and trekking ventures in this exciting country are not your usual organized tours with bus transportation, first-rate hotels, meals and guides. What you will get here is the freedom of a true down-to-earth, under-the-stars, roughing-it adventure – though there are also hundreds of easy one-day walking routes to be found as well. Italy offers some of the finest and most varied walking in Europe – from the gentle, mysteriously beautiful hills of Etruria with their picturesque walled towns and villages, to the dramatically eroded peaks of the Dolomites; from the splendid snowy skyline of the Gran Paradiso to the long ridge of the Apennines with their great diversity of flora, extensive views and, for mountains, fairly stable weather conditions; from the hot lava flows of Mount Etna to the wildlife-filled National Park of Calabria. The relatively mild climate makes Italy a perfect location for year-round hiking and backpacking. Spring is the time for educational hiking. With the aid of local maps you can easily combine tourist sights with leisurely walks and secluded trails. During the summer months the northern regions with their beautiful streams and panoramic scenery will add breathtaking excitement to backpacking vacations. When fall rolls around, the colorful flora found in the central wooded areas, such as the famed National Park of Abruzzo, will have you wondering whether it is Italy you are exploring or Canada. And don't pack up your gear during the winter. This is the period when all warm-blooded birds, and hikers, head south. Though the nights can be cool, the warm sea-breezes off Sicily will keep you moving over the rolling hills for days. Most veteran hikers, however, agree upon four or five locations as being the ultimate in beauty, history and walking pleasure. Beginning in the north-west, near the French and Swiss borders, is the Gran Paradiso National Park. Encompassing the four valleys of the Gran Paradiso Massif, this area contains some of Italy's finest alpine scenery and wildlife. To the east, in the Brenta Dolomite mountains, is the Stelvio National Park. Hiking and trekking adventures here can be planned to fit any schedule – a few hours, a single day, a week or more. In central Italy, the Abruzzo National Park offers thick forests, mountains, rivers and lakes, not to mention an abundance of wildlife. Here, too, routes can easily be combined to fit any schedule. An unusual outing is found along the west-central coast within the borders of the National Park of Circeo. Here you confront not only forests and mountains, but the sea as well. To the south, adventurers enjoy the mild climate and splendor of the National Park of Calabria, which is actually three separate areas stretching along the Sila Mountains ranging from Lake Cecita to the tip of the boot near Reggio Calabria. While these are among the favorite walking areas, there are thousands of others. This guide tells you the details about the best of them all, with suggested daily itineraries, what to look out for, the flora and fauna, the risks, and much more. Filled with color photos. And written by a long-time resident of Italy whose passion is hiking in the parks.
Read more
Other Formats: Audible Audiobook 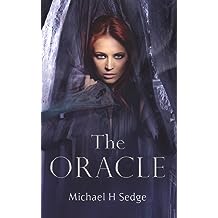 The Oracle Mar 12, 2014
by Michael Sedge
( 12 )
$4.45
A monster lurks in the house next to the ancient ruins of Cumae where, in 427 BC, a young girl was chosen by the gods to become the Sibyl--oracle of the Greco-Roman people that enhabited the area. Though she lived to fulfill her mission, it is written that the chain of oracles, passing from one young girl to another, will continue forever.

Now, American author David Jeffrey is killed along with his teenage daughter, Angelica, when a fire breaks out in their Naples, Italy, home. When David’s brother, Jake, decides to leave Michigan with his family to visit his brother’s widow, Jennifer, strange things begin to happen in the modeled, castle-like home near the ancient ruins of Cumae.
Read more
Other Formats: Paperback 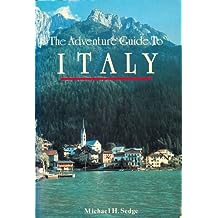 Italy Adventure Guide Jan 19, 2012
by Michael Sedge
$9.99
"This guide stands out for its detailed information about the best walks, river trips, caving sights, cycling routes and other adventures in the parks and unspoiled areas. Its 300 pages of adventures will please the person who prefers to view the mysteriously beautiful hills of Tuscany, the walled towns and villages, the snowy skylines and fantastic flora and scenery. More than 50 pages of maps and color photos throughout add to its appeal." – Los Angeles Times

"The author shows you how to undertake river trips, cave explorations, archaeological excavations or explore the forests, mountains and wildlife on a backcountry hiking expedition. This is not just an overview. The author provides concrete information on how to get to the area, where to find additional information and even how to overcome obstacles, such as packing your bike and bringing it with you overseas." – The Midwest Book Review

Walking through rural Tuscany, treading the ancient paths of Capri, Sardinia and Sicily, hiking the magical Lake Country around Lake Como, Lake Lugano and Lake Garda, cycling along the Appian Way, canoeing through the countryside on quiet rivers, or running the rapids – this is the definitive guide to hundreds of adventurous ways to see Italy for bold and curious travelers. All of the information you need is here, whether you want the guidance of professionals or plan to go it alone. Among the major sections of the guide: Adventures Afoot; Italy's Islands; Bicycle Touring; River Trips; Climbing Adventures; Spelunking Adventures; Archaeological Expeditions. Loaded with maps and photographs. The author has lived in Italy for most of his life, having enjoyed Alpine trekking there, hiked through every corner of the country, explored the volcanoes, toured historic sites on a bicycle, paddled ancient rivers, assisted in archaeological digs and climbed many of the mountains.
Read more 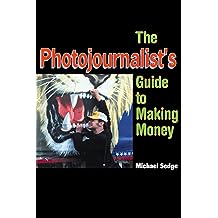 The Photojournalist's Guide to Making Money Nov 2, 2004
by Michael Sedge
( 3 )
$10.99
Market savvy, expert research, and first-rate resources combine to make this book the tutor that can take experienced photojournalists to new heights of successwhile showing aspiring photojournalists how to begin their climb in a stimulating and rewarding field. Step-by-step instructions tell how to establish a business, implement the latest research tactics, network with editors and other photo buyers, pitch to television producers, and expand business through lectures and teaching. Extensive sections in Internet marketing detail cutting-edge strategies for tapping into the lucrative photojournalism marketplace.
Read more
Other Formats: Paperback