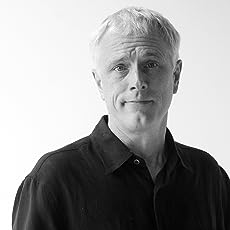 Michael Jantze is an American cartoonist and illustrator, best known as the author of the syndicated newspaper comic strip, "The Norm". Born in New York, Michael grew up in the Midwest and now lives on the West Coast, he'll probably die in Japan. He is currently a Senior Art Director at Amazon Publishing living in Seattle.

Michael earned a degree in film, worked as a documentary filmmaker, newspaper graphic editor and then visual effects art director at ILM, all while creating comics. "The Norm" was syndicated daily to newspapers for a decade by King Features Syndicate and is now weekly on the GoComics website.

The new "The Norm 4.0" strips are weekly at http://gocomics.com/jantze or visit his studio at http://patreon.com/jantze
Read more 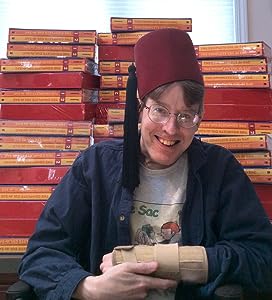 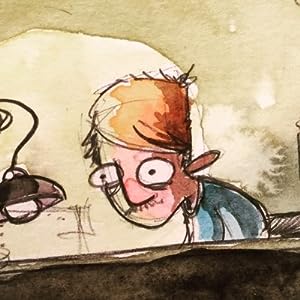 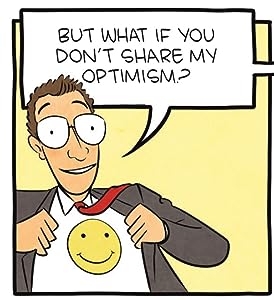 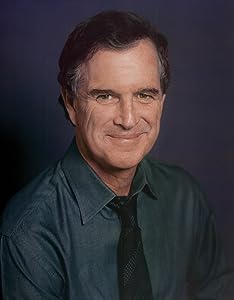 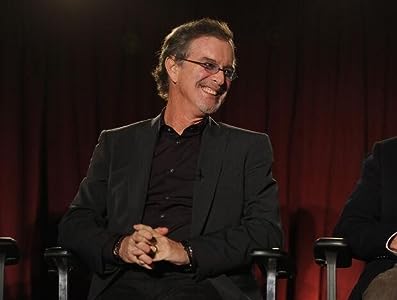 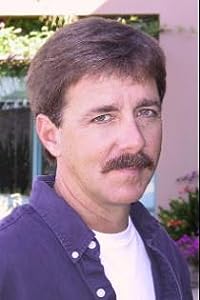 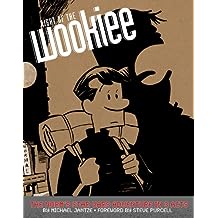 The Norm: Night of the Wookiee Oct 2, 2011
by Michael Jantze , Steve Purcell
$2.99
The "special edition" of Michael Jantze's "The Norm" Star Wars adventure. Hang out with Norm in line as he waits for Episode 1 to open and goes on the same poopy journey you did with the subsequent films.

Michael Jantze has worked in filmmaking, newspaper journalism, visual effects, and as an internationally-syndicated cartoonist, professor as well as owning his own animation studio. The books found here on Amazon are published collections of his King Features syndicated comic strip "The Norm", now available at gocomics.com/thenorm.
Read more 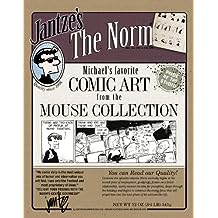 The Norm: Mouse Collection (The Norm Boxed Set Book 1) Jun 14, 2012
by Michael Jantze
( 6 )
$6.49
The Mouse Collection is the first set of Michael Jantze's "The Norm" syndicated comic strip. This Kindle edition includes four booklets holding a selection of more than 300 black and white daily comics from the first year and a half of the strips syndicated run. "The Mouse Collection" contains the episodes wherein Norm excitedly begins at this second place of employment, grudgingly fixates on a failed relationship, nearly recovers in time for pumpkins, sleeps through the holidays and begins to construct the energy force (Star Wars reference) that will propel him into the next phase of his cartoon-like life.
Read more 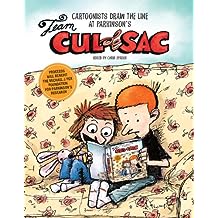 When Richard Thompson, creator of the cartoon strip Cul de Sac, learned that he had Parkinson’s disease, the entire cartoon community was moved. From other cartoonists to fans, the urge to “do something” was overwhelming. Enter Chris Sparks, friend of and webmaster for Richard, who came up with the idea of joining the Team Fox effort. Having read two of Michael J. Fox’s books, he knew about the foundation, which made him think of creating a Team Cul de Sac to honor Richard and to raise money for and awareness about PD. He set up the team with the foundation and began the quest to create a book that contributors would donate their original art to be included in the book and to be auctioned off later. All of the auction’s and a portion of the book's profits will be donated to Team Fox.

The response to Chris’s call for art has been impressive. From indie cartoonists to noted syndicated, editorial, and magazine cartoonists to graphic novel artists, illustrators, and sheer Cul de Sac fans, the assortment of cartoon styles paying homage to Cul de Sac and Richard Thompson in Team Cul de Sac is truly inspiring. 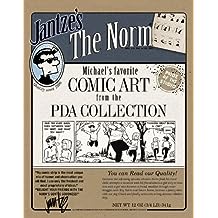 The Norm: PDA Collection (The Norm Boxed Set Book 2) Jun 13, 2012
by Michael Jantze
( 6 )
$6.49
The PDA Collection is the second set of Michael Jantze's Harvey Award-nominated "The Norm" syndicated comic strip. This Kindle edition includes all four booklets from the original printed boxed set with more than 300 black and white daily comics. "The PDA Collection" contains the adjoining episodes wherein Nom finds his inner child, attempts a vacation with his friend-who-is-a-girl only to vacation with a girl who becomes a friend, muddles through inner struggles with Boy Norm and Smart Norm, becomes a family man with our dog Chuck and finally settles into a long-distance relationship.
Read more 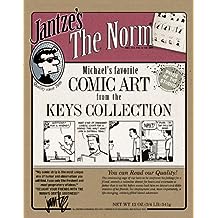 The Norm: Keys Collection (The Norm Boxed Set Book 5) Jun 13, 2012
by Michael Jantze
( 3 )
$6.49
The Keys Collection is the fifth (now unboxed) set of Michael Jantze's Harvey Award-nominated "The Norm" syndicated comic strip. This Kindle edition includes all four booklets with more than 300 black and white daily comics. "The Keys Collection" holds the continuing saga of our hero as he confronts his feelings for a friend, attends a valentine dinner for losers and entertains a father that is not his before events lead him on detours and deliberations of his friends, his employment and, most importantly, a life-changing, celebrity filled island adventure (the English call it a holiday but get it over, Manchester!).
Read more 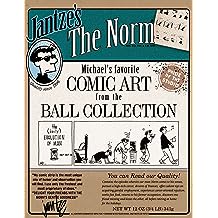 The Norm: Ball Collection (The Norm Boxed Set Book 4) Feb 17, 2011
by Michael Jantze
( 4 )
$6.49
The Ball Collection brings together the daily strips from the year 2000 of Michael Jantze's nationally syndicated comic strip THE NORM®. Originally published as a print box set, this ebook includes more than 300 comics.

"The Ball Collection" contains episodes wherein our man Norm comes to his senses, pursues a high-tech career, dreams of Peanuts®, offers salient tips on acquiring gainful employment, discovers one friend missing and kisses the other -- all before retiring home for the holidays.
Read more 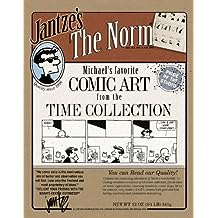 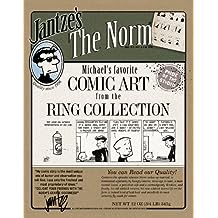 The Norm: Ring Collection (The Norm Boxed Set Book 6) Jun 13, 2012
by Michael Jantze
( 10 )
$6.49
The Ring Collection is the sixth set of Michael Jantze's Harvey Award-nominated "The Norm" syndicated comic strip. This Kindle edition includes all four booklets with more than 300 black and white daily comics. "The Ring Collection" contains the episodes wherein Norm wakes up married, is dominated separately by hungry interns, stone-age in-laws, a man named Lucas, a panicked wife and a curmudgeonly Wookiee, and finally, his old sidekick returns, his new sidekick learns life on the farm is indeed kind of laid back and snowbirds most certainly do fly south for winter...hopefully forever!
Read more 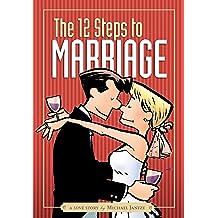 The 12 Steps to Marriage (The Norm Magazine Book 0) Jul 1, 2003
by Michael Jantze , Mike Kunkel
( 6 )
$2.99
Now with panel to panel view! This graphic novel takes you through "The 12 Steps to Marriage." Norm and Reine stumble through the final stages of dating, proposing, announcing, planning, consolidating, celebrating and, well you get the idea; it's a fun journey filled with Michael Jantze's unique observational humor. A perfect gift and guide for all those happy couples.
Read more 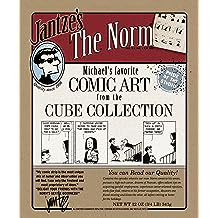 The Norm: Cube Collection (The Norm Boxed Set Book 3) Oct 1, 2011
by Michael Jantze
( 4 )
$6.49
"The Norm - The Cube Collection" is the fourth set of Michael Jantze's Harvey Award-nominated syndicated comic strip. "The Cube Collection" contains the episodes wherein Norm is guilty of computer lust, experiences an oedipal valentine adventure, suffers through a Star Wars plot line, takes his X-GFs for a dog walk, gets help with his self-help book and eulogizes a chaotic new year.

This Kindle edition includes all four booklets from the print box collection with more than 300 of the black and white daily comics.
Read more 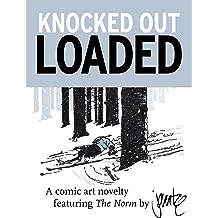 Knocked Out Loaded: A Comic Art Novelty by Michael Jantze Jan 25, 2016
by Michael Jantze
( 1 )
$13.99
Norm Miller, stressed about marriage and all that THAT implies, heads off for a solo skiing trip only to return without any of his emotional baggage. When you see yourself as others see you, who’s left to be you? Based on Michael Jantze's syndicated comic strip "The Norm", "Knocked Out Loaded" is the first graphic novel from Jantze and the first-long form story about Theo. Norm Miller.

A 230-page book funded by Indiegogo supporters, “Knocked Out Loaded” is 151 pages of character-driven, thought-provoking yucks and drama. And as an ebook bonus, more than 50 guest artists offer their version of “The Norm”, including Sergio Aragones, Joe Murray, Tom Richmond, Jim Borgman, Jerry Scott, Lincoln Peirce, Stephen Silver and so many up and coming artists it’s exhausting, but still the norm.
Read more 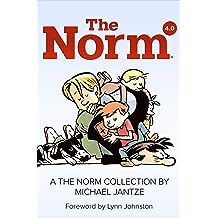 The Norm 4.0: A "The Norm" Comic Collection Sep 2, 2019
by Michael Jantze , Lynn Johnston
( 2 )
$11.49
Norman Miller, aka The Norm, is the boy who did grow up! Norm now co-heads a family of four. Two kids, two dogs, two sets of parents and too much to do! Sound familiar? Yeah. That's the norm. But Norm deals with it all with an eye wide open, ready to question the reasons and imagine better outcomes.
Michael Jantze's comic strip "The Norm" was syndicated to newspapers by King Features, Inc. in the U.S. as well as internationally for a decade. In 2014, the Harvey Award-nominated strip went weekly with a new theme, a few new characters, and a different format. Norm really did grow up!
This 176-page book, funded by hundreds of Indiegogo.com and Patreon.com supporters, collects the first years of "The Norm 4.0" weekly strips featured exclusively at http://gocomics.com/jantze
Read more