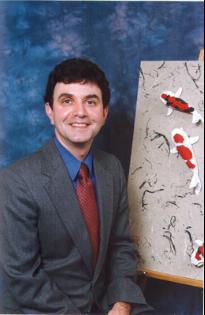 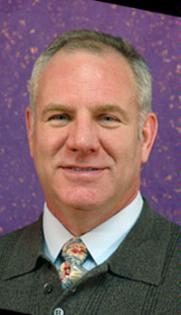 "Fly faster and farther with some of the best-looking and most-ingenious paper airplanes ever designed! LaFosse and Alexander's unique fuselage lock is origami magic, and they are a pleasure to fold." —Jeffrey Rutzky, author of Awesome Paper Planes

"This is a marvelous collection of designs that are fun to fold and easy to fly, clearly explained by one of the great modern masters of the origami art." —Robert J. Lang, author of Origami Design Secrets

"LaFosse and Alexander have built up an enviable reputation for producing top quality origami products, carefully and expertly crafted for folders of all levels. Their work is an inspiration to fellow authors like myself and Planes For Brains is no exception—page after page of exemplary origami planes, beautifully explained and illustrated." —Nick Robinson, author or Origami For Dummies and World's Best Origami

"Michael is the Wayne Gretzky of origami." —Guy Kawasaki, author of Enchantment and former Chief Evangelist of Apple

"There are so many cute plane ideas that can be created…The directions are simple, step by step. The photos are easy to follow…" —Test Try Results blog

"…there are twenty-eight instructions to make fun and unique airplanes. The instructions have pictures as well as words. They are pretty easy to follow. It is a fun book." —Crafty Mom's Share

"…if origami is your thing, try Michael LaFosse's Origami Airplanes. It includes a DVD and instructions for 28 origami paper airplane projects." —All Done Monkey blog

Michael G. LaFosse decided he would be an origami artist in 1971, after reading (and re-reading) a Readers' Digest article by Leland Stowe, about the amazing folded art of Japanese Master Akira Yoshizawa. Michael's uncle Norman had folded paper airplanes with him when Michael was a toddler, and his dad, Jerry LaFosse, was a photographer in the US Air Force. LaFosse burst onto the paper airplane scene in 1984 with his self-published pamphlet, "Aero-gami: F-14 Tomcat Fighter." A biologist by training, he went on to become one of the most celebrated natural history origami artists, making his own handmade papers and creating hundreds of designs now seen in exceptional exhibitions and published in dozens of books, kits, and videos.

Richard L. Alexander was caught up in the ultralight aviation craze in the mid-1980s and built a fiberglass / foam / graphite / Kevlar composite, retractable gear, amphibious, canard airplane from a kit (the XTC Hydrolight, designed by Dan Diehl, of Jenks, OK). He met LaFosse in 1988, and together they have produced exhibitions and publications about paper art and origami. Alexander has worked with LaFosse full time since 2003, and since then has made all of the Origamido handmade paper. Alexander also teaches and designs origami, while being responsible for photography, videography, commercial projects and managing the Origamido Studio gallery spaces and exhibitions.
Start reading Planes for Brains on your Kindle in under a minute.

4.5 out of 5 stars
4.5 out of 5
44 customer ratings
How does Amazon calculate star ratings?
Amazon calculates a product’s star ratings based on a machine learned model instead of a raw data average. The model takes into account factors including the age of a rating, whether the ratings are from verified purchasers, and factors that establish reviewer trustworthiness.

Ellen C
5.0 out of 5 stars BEST PLANES EVER!!! User friendly!
Reviewed in the United States on April 27, 2013
Verified Purchase
Many years ago, after my 7 and 4-year-old sons and I took a paper plane workshop with Michael LaFosse during the first Charlotte, NC Origami Festival, I bought all of his VHS paper airplaine instructionals, at $25 EACH. We have had SO MUCH quality time/family fun with these planes over the years, and we haven't grown out of them! Here are all 3 of them combined into one DVD - best visual origami instruction EVER - for an unbelievably low price! The planes are the best ever - fly fantastically! - I've wasted my time and money investigating many other paper airplane books, and have never found the level of success or satisfaction with any others. The video makes it failproof. I collect origami books, and have come to appreciate good instruction - folds aren't always presented in learner-friendly ways. This book/dvd set is HIGHLY RECOMMENDED if you love origami and value clear, easy-to-follow diagrams, but Michael's video tutorials take these to the next fabulous level of origami instruction.
Read more
12 people found this helpful
Helpful
Comment Report abuse

Vinh Nguyen
5.0 out of 5 stars Great book!
Reviewed in the United States on October 16, 2012
Verified Purchase
I liked this book because it came with a DVD of the author making EVERY plane in the book. Origami instructions can be confusing from one step to the next and the DVD makes it much more clear. The planes fly great if you fold then precisely and stay together. None of the planes in the book require any tools like scissors, tape, glue, etc. My son and I love it.
Read more
4 people found this helpful
Helpful
Comment Report abuse

JANICE KIM
5.0 out of 5 stars Great book!
Reviewed in the United States on April 13, 2016
Verified Purchase
My son's favorite book. My son uses this book just about everyday. He loves watching the DVD and following the directions. He has made many paper airplanes. He is having lots of fun
Read more
One person found this helpful
Helpful
Comment Report abuse

animance
3.0 out of 5 stars Nice book but received damaged
Reviewed in the United States on July 6, 2019
Verified Purchase
Great book but we received a damaged one.
Read more

Paper Aircraft
5.0 out of 5 stars Good high teck book. Regards Andy Chipling
Reviewed in the United Kingdom on May 26, 2014
Verified Purchase
Loved this book. Just need to find the time to build them all. Not for the kids as the origami is harder than other books. But it's a great must have for any paper aircraft fan. Good use of origami folds and from my experience; they will fly well. Not all I suspect, but some are so good looking. I would not want to throw them. Keep them for the arts sake. Paper Aircraft are art after all. Andy Chipling look me up and you can see my review is independent and I hope of use to my fellow paper aircraft family.
Read more
One person found this helpful
Helpful
Sending feedback...
Thank you for your feedback.
Sorry, we failed to record your vote. Please try again
Report abuse

Supernova
5.0 out of 5 stars Perfect book for paper airplanes.
Reviewed in the United Kingdom on March 17, 2019
Verified Purchase
Excellent work. It is a bit technical for kids under 9 years old ( to be honest, depends on kids actually) but how it’s how they learn. I would say it is a must have book if you into papre airplanes or origami.
Read more
Helpful
Sending feedback...
Thank you for your feedback.
Sorry, we failed to record your vote. Please try again
Report abuse

Ning Zhang
5.0 out of 5 stars Five Stars
Reviewed in Canada on May 18, 2017
Verified Purchase
Nice book and delivered on time. The DVD is very helpful.
Read more
Helpful
Sending feedback...
Thank you for your feedback.
Sorry, we failed to record your vote. Please try again
Report abuse

Page 1 of 1 Start overPage 1 of 1
This shopping feature will continue to load items when the Enter key is pressed. In order to navigate out of this carousel please use your heading shortcut key to navigate to the next or previous heading.
Back
Next
Pages with related products. See and discover other items: model making, 3d book, 3d origami, origami easy, paper crafts for kids, Best paper airplanes for kids