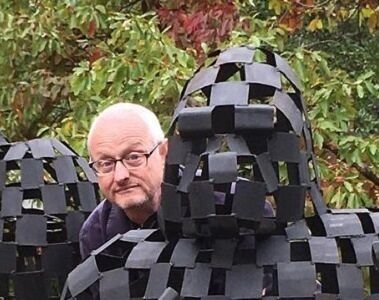 Michael LaRocca was included in the 1982 Who's Who in American Writing before vanishing from the literary scene for 20 years. His published works include a short story anthology, eleven novels, and seven nonfiction works.

Michael lived in China for six years, Thailand for five years, and Vietnam for one year before returning to North Carolina. He's a reading junkie, a bicycle nut, an avid hiker, and an NFL addict. His wife is from Australia and their 19-year-old world-traveling Calico cat is from Hong Kong. He says, "I bring home the best souvenirs." 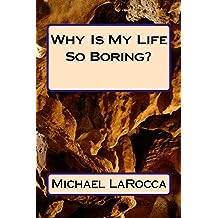 
You can blame anybody you want to, actually, but you’re probably lying.

Are you shaped by nature or by nurture? It doesn’t matter, because you control neither of them. However, you can choose how to react to them. That’s how you get past fatalistic victim thinking and start living in earnest. Inertia may be (or seem) easier, but it’s never as satisfying.

Whatever it is, own it. If you don’t own it, you can’t change it.

Here’s something from The Chronicles of a Lost Soul, which I wrote over 30 years ago:

All that we are is the result of what we have thought. Excuses such as religion, race, heredity and upbringing are exactly that – excuses. What we are comes from what we think. So we should learn how to think. The wise man will neither swallow everything blindly nor rebel for the mere sake of rebellion. He will strive to discriminate, to separate the wheat from the chaff, to decide for himself. Obviously, there is a shortage of wise men.
Read more
Other Formats: Paperback 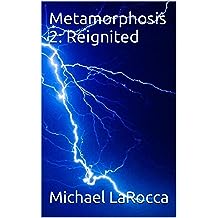 Metamorphosis 2: Reignited Nov 11, 2021
by Michael LaRocca
( 1 )
$4.99
If I work on those power lines in the electrical storm, I could die. If I don’t, others will die. No maybe to it. I take the risk. Lightning strikes me, I fall into a vat of chemical goo with a live electrical wire in my hand, and I catch on fire. A fire that won’t go out, a fire that neither causes me pain nor consumes me. Weeks later, I jump into the ocean and think I’m cured. I’m wrong. 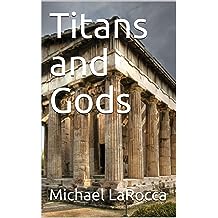 Over 5000 years ago, they crashed into Earth. We worshipped them as gods. Now we do not. There were ten of them. Now there are six. Do you still wonder what you want to be when you grow up? So do they.

Poseidon is a Navy SEAL. Cronus is a detective. Hephaestus owns a Greek restaurant. Chiron and Asclepius run a free medical clinic. Hermes remains a mystery.

THE GOD WHO KICKED FATE IN THE ASS

Yes, gods can die. But that doesn't mean they have to.

Astute readers of THE LAST TITAN may have noticed that Hermes / Mercury / Loki vanished from October 2008 through September 2012. THE GOD WHO KICKED FATE IN THE ASS explains what he was doing. 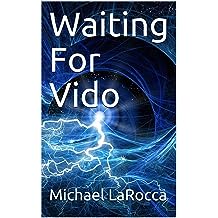 We have finally learned how to teleport humans through Weinberg Space. Nothing moves faster than the speed of light, but light moves much faster in Weinberg Space than is does in regular space. So do we. Barry Drake and his team are several light years from home, with no starship this time. Stranded.
Read more
Other Formats: Paperback 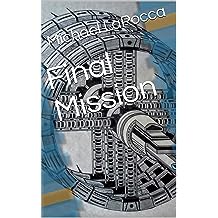 We never expected a reply. 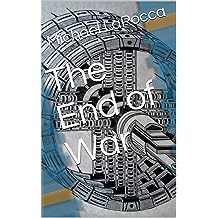 The End of War Apr 25, 2019
by Michael LaRocca
$3.99
We never expected to find anything remotely humanoid.

Two grains of sand, miles apart. We live on one of those grains. How do we find out what’s on the other?

If you were the first human to communicate with an alien civilization, what would you say?

Only the dead have seen the end of war. 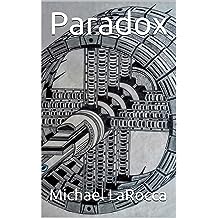 Paradox Feb 12, 2019
by Michael LaRocca
$3.99
We have found intelligent life that did not originate on Earth.

But to the best of my knowledge, we have never truly believed that we would be far more advanced than that extraterrestrial intelligence.

We never... I never expected that, one day, we might find ourselves thrust into the role of teacher, of mentor, of role model.

That day has not yet arrived. For now, we remain hidden. But one day we will step forward and identify ourselves to the people of Sisyphus. It is my deepest hope that, when that time comes, it will not end as badly as every encounter between a technologically primitive people and a technologically advanced people has ended on this planet.

May the knowledge that we are not alone in the universe inspire us all to find the better angels of our natures. 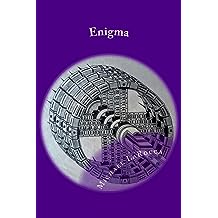 Enigma Jul 6, 2017
by Michael LaRocca
$2.99
Barry Drake returns. The starship CONUNDRUM is the first manned vessel to leave Earth's solar system using Weinberg Drive. It reaches the Pegasus system, 50 light years away, where the earthlike planet Sisyphus orbits a G-type star and may contain what we truly hope to find, proof that we are not alone.
Read more
Other Formats: Paperback 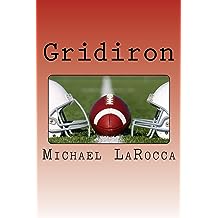 Rule #5: The ball is down where the runner lands. There is no such thing as forward progress. If you don’t like it, don’t get knocked backward.

Rule #6: There is no such thing as pass interference. If you don’t like a defender hitting you, hit him back.
Read more
Other Formats: Paperback 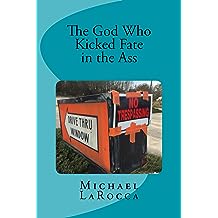 Astute readers of THE LAST TITAN may have noticed that Hermes / Mercury / Loki vanished from October 2008 through September 2012. THE GOD WHO KICKED FATE IN THE ASS explains what he was doing.
Read more
Other Formats: Paperback 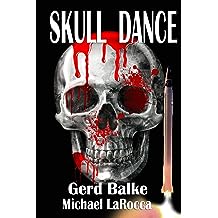 Skull Dance May 26, 2016
by Gerd Balke, Michael LaRocca
( 2 )
$2.99
“A terrorist with a little technical know-how and twenty pounds of smuggled plutonium could make a bomb powerful enough to destroy a city. That's what we should be worried about.”
~ US Pentagon official, New York Times, May 13, 1996


“In a surprisingly philosophical novel with a great deal of substance, SKULL DANCE tells of the time after the fall of the Berlin Wall. Berlin becomes an open city with numerous former Russian military members attempting to sell weapons.

“Chris Ramsdorf, a former East German soldier, comes to England and because of his knowledge of weapons of the Eastern Bloc, is hired by M15, British Intelligence. However, he loses his position and goes out on his own dealing weapons and is hired by a group of Russians to dismantle a warhead and extract plutonium. Fearing the weapon might be used against England, Chris tells MI5 about the deal and is told to go along with the Russians.

“He believes a plan is in motion to thwart the deal but something goes wrong and he ends up in a jail in India. Inside the jail, we observe his ideas of life. He's able to cope for a time but when the situation becomes intolerable, he must attempt to gain his freedom.

“There is outstanding character development as we see Chris evolve from a selfish, uncaring person to someone with compassion and empathy for others.”
~ Michael A. Draper, Vine Voice, June 10, 2011


“Gerd Balke asked me to edit five of his novels in 2000. We were living in Hong Kong. We were still working on SKULL DANCE when he died of a sudden heart attack. I stepped into the ‘author’ role and did my best to preserve Gerd’s vision and his voice.

“SKULL DANCE was first published by Novel Books Inc. in 2001, then later by Booktrope. As I give it one more edit and publish it again, I’m amazed by how timely it remains, and how prescient.”
~ Michael LaRocca


“Being born in the aftermath of WWII Germany was perhaps the true catalyst responsible for turning Gerd Balke into a devoted pacifist. A conscientious objector and one-time student activist, he participated in anti-war demonstrations during the seventies in Europe and clearly prefers Rock & Roll over any military hardware.

“He has traveled extensively in Asia, learned to speak several languages, including Chinese and Thai, and always had his heart and soul glued to the pulse of life. He loves the ideology, mysticism and powerful spirituality of the East, which, when fused with Western consciousness, makes up the kind of philosophy he’s interested in. He is devoted to travel and meeting people and would go to Mars if he could get a visa. His spiritual encounters include a stay in a Buddhist Monastery in the Himalayan Mountains and a brush with death on the island of Bali.

“In 1979 he moved to Hong Kong, married a Chinese woman, pursued a professional career in Engineering and studied Kung Fu and Quantum Mechanics for kicks. He loves to discuss life and the secrets of the Universe with people who are equally taken by the subject, and most enthusiastically shares a bottle of Glenmorangie with anyone who dares the challenge.

“He has a license to handle explosives but stubbornly refuses to offer his skills for revolutionary purposes. Instead, he chose the written word to transmit his thoughts. Gerd Balke writes about culture, philosophy and ways of the world. He is an active member of the Hong Kong Writer’s Circle.”
Gerd Balke
(writing about himself in third person)
Read more
Other Formats: Paperback 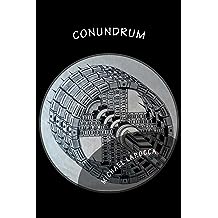 Conundrum Mar 7, 2016
by Michael LaRocca
( 3 )
$2.99
In 2123, the first manned space flight leaves Earth’s solar system using faster than light travel. They are almost immediately faced with an inexplicable series of events, visions of past events that never happened, and eventually an unseen menace that’s technologically far beyond them. Arthur C Clarke noted that any sufficiently advanced technology is indistinguishable from magic. Unfortunately, that’s the truth. Maybe they should’ve just stayed home.
Read more
Other Formats: Paperback