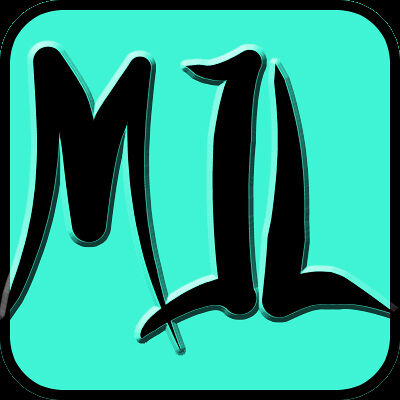 Michael J Lawrence started writing short stories on a portable Remington when he was fourteen. Boldly exploring multiple genres with stories about personal courage and sacrifice, Mike believes passionately in stories that touch the soul and show us the pinnacle of humanity. In his words, "Drama should be about people going beyond who they are to serve a greater purpose. We don't often get to do that in real life. It is through storytelling that I hope to give my readers the opportunity to live a life greater than their own - if just for a little while." 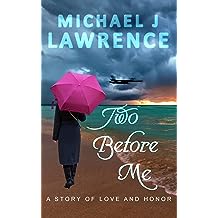 A disillusioned stock broker trapped in a broken marriage falls for a mysterious coworker and learns the true meaning of sacrifice when he reawakens her warrior's calling.

"...a powerful, engaging story of courage and perseverance in the face of adversity." -Reedsy.com

As a ten-year-old little girl, Maia Collins watched her world come to an end when the South Tower fell from the sky.

Eighteen years later, she works in a company where nobody knows who she is, except for the man who can't escape the allure of the curiously fetching AP clerk who works just outside his office.

Struggling to endure his failing marriage, Harold Lancaster turns to the love of his six-year-old daughter Amelia, his best friend Cheryl and the mysterious Maia - a woman who will capture his heart and send him on a journey that will change his life forever.

As Harold grows closer to Maia, Cheryl tries to steer him away from the heartbreak she knows is inevitable. Meanwhile, Harold learns that all Maia ever wanted was to defend her country and avenge that fateful day in Manhattan. Even as Harold awakens her broken dream, Maia refuses to reveal the dark secret that has stolen her calling to fight back.

As Harold and Maia wrestle with a growing passion they cannot control, they will face a turn in Maia's destiny that she can't refuse - if she is willing to leave behind the only love she has ever known. But Maia knows that Harold's longing for her will tear his life apart and she can't face the terrible price he would pay just to be with her.

Somewhere between love and honor, both Harold and Maia will discover they can't deny the tidal forces drawing them to each other or their destiny to sacrifice more than they could ever imagine. 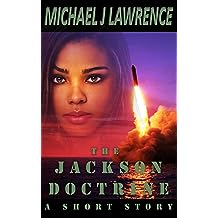 The Jackson Doctrine Nov 20, 2021
by Michael J Lawrence
$2.99
When the President and key members of the federal government mysteriously disappear, U.S. Attorney General Amanda Jackson is pushed to the brink of insanity when she is forced to take over as the National Command Authority.
Read more 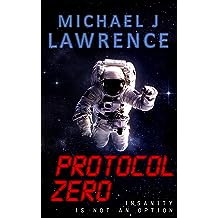 Protocol Zero Apr 8, 2017
by Michael J Lawrence
$0.99
A hundred years from home, the life of Astronaut Garrick Jenkins hangs in the balance when he is set adrift in the deep void of interstellar space. Desperately chasing his one chance for survival, he discovers a wonder beyond his wildest dreams. But will it take him home? Because in space, insanity is not an option.
Read more 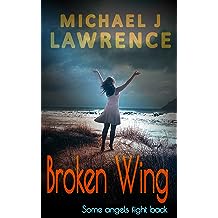 Some Angels Fight Back.

When 16-year-old Bess Kincaid finds herself sitting alone in a 1972 Trans-Am with the wrong kind of man, she's strong enough to say no. And she's smart enough to run. Now, all she wants to do is leave the nightmare behind and hide her secret from her father, the only man who truly understands who she is - the only man willing to protect her.What Bess doesn't know is a madman is watching. And he knows a secret about her father that Bess will have to learn the hard way. A secret that will cost her everything when she is swept up in his quest to avenge a debt that can never be paid. When survival comes at a price she refuses to pay, Bess finds herself locked in a battle with a madman who will stop at nothing to protect his secret empire. But he didn't count on somebody like Bess, the one girl who will stop at nothing to find her way home.
Read more 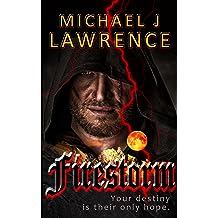 Firestorm Feb 26, 2016
by Michael J Lawrence
( 4 )
$4.99
Banished to the King's army for marrying a commoner, Tyrus Faron fights neither for king nor country. He fights to defend the peasant conscripts forced to stand with him, doomed to die too young. In the dark hours where men are honest, he knows too that he yearns to die in battle. Cast out of the ranks of his fellow nobles, Tyrus returns home. There, he finds his manor on the brink of starvation and a baron all too eager to take his lands and enslave his people. But Tyrus also finds the treasure his wife left behind, the only thing left he has to live for, the only thing left worth dying for.
Read more