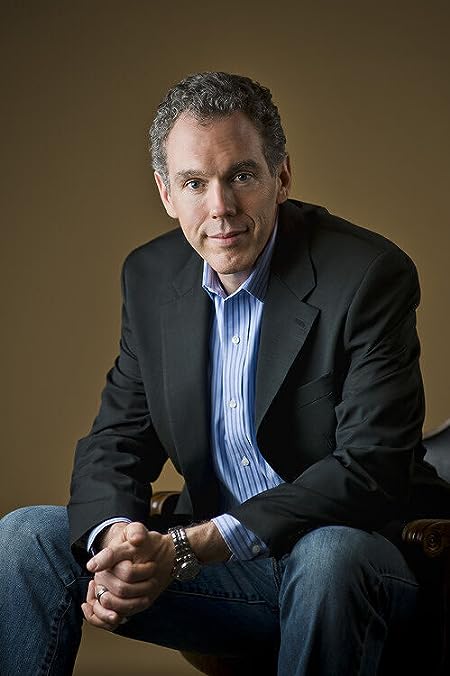 Michael Martel helps people get organized, set goals, and achieve more than they ever thought possible.

Michael is a retired Special Forces Green Beret. What is a Green Beret? A Green Beret is a member of the United States Special Forces, a special section of the U.S. Army that focuses on Unconventional Warfare. The Green Berets are usually the first ones sent into an area to gather intelligence, help citizens or organize rescue missions. One of the slogans of the Green Berets is "improvise, adapt, and overcome." Mike excelled as a Green Beret because of his ability to think creatively about situations and because of the value he puts on personal productivity.

After retiring from the Special Forces, Michael joined the business world in Information Technology. In business, he excelled and noticed that several areas of his business could be improved by applying some of the tactics he learned in Special Forces. Mike restructured workgroups and applied many of his lessons on productivity. Since then, Mike has managed business units with budgets of upwards of $70 to $100 million, and they all used many of his Special Forces techniques.

Michael has a hands-on approach to productivity, which will allow anyone to change their habits, get rid of busywork, and become strategic about the way they accomplish whatever they want!

Michael found his military training and skills in getting things done were very relevant and useful in helping people get the results they want in all areas of their business and personal lives. His books, reports, and how-to guides cover many different areas. He lives with his wife in Washington State, south of Seattle. 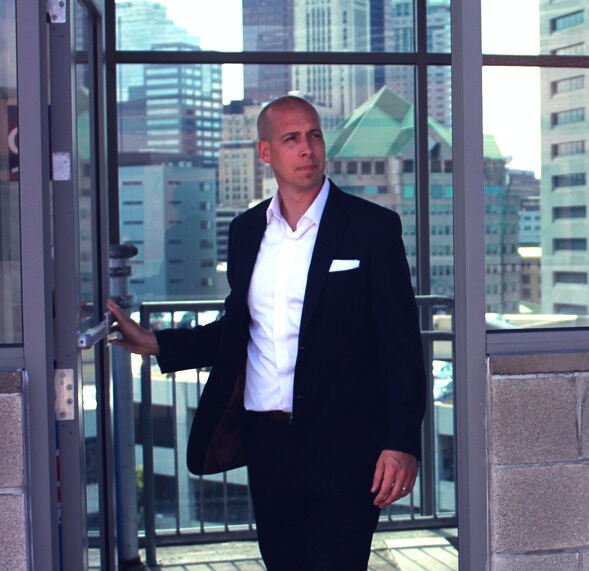 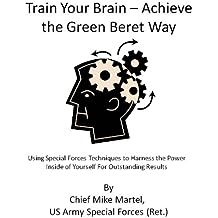 It is the same old story. Tom makes a New Year's resolution with the best of intentions. He decides that he is going to get back into the physical condition that he was back in college. Or...Susan decides that she is going to stop smoking. Or...Judi says she wants to start a side business. Even simpler, Don's wife has asked him over and over again to clean up the garage. Steve is going to take out the garbage. Yet none of these things ever get accomplished.

Most of the time the idea of not accomplishing what we say we are going to do is attributed to lack of willpower. We say, “They just didn't want it enough.” People take numerous courses in time management. They go to seminars to increase their motivation. They hire coaches to nag them to complete their goals. Yet, for a lot of people at the end the goals remain not accomplished.

As a former Green Beret who took his experience into the corporate world, Mike have seen over and over again a lack of being able to set goals, make plans and follow through. His military training gave him a lot of insight into motivation, leadership and personal inter-dynamics. He took this and started working with people both in the corporate environment and one on one. Diving in the personal development scene also gave him some new insight about goal setting and motivation from a different viewpoint. He started noticing what was working for people and what didn't.

This book lays out his success formula to start feeling better about yourself and start getting things done.
Read more
Other Formats: Paperback 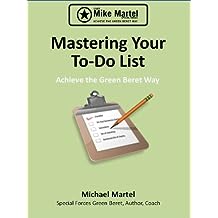 This report helps you take charge of your to-do lists and get er done.
Read more 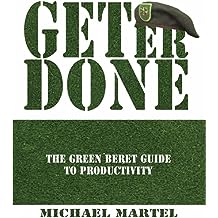 Get Er Done: The Green Beret Guide to Productivity Apr 27, 2011
by Michael Martel, Tom Haupt
( 40 )
$1.95
There's just too much to do!!!There is a lot to do. There is a lot to do at home or at work. Sometimes it just feels overwhelming. Don't you wish you could be more productive?The Special Forces Green Berets are known as masters at getting things done. By normal standards, some of their missions would be deemed impossible. Often times they are expected to operate far behind enemy lines with limited resources. Their training gives them principles and techniques in being extremely effective and doing more with less. By using some of their principles you will be able to:- Plan and use your time more effectively- Increase your confidence- Reduce distractions- Train for success- Improve commitment- and much moreMichael Martel uses his real experiences as a Green Beret to illustrate how you can use these techniques in your life to "get er done." It is a great, interesting read that will make you much more effective in your daily activities.
Read more
Other Formats: Paperback 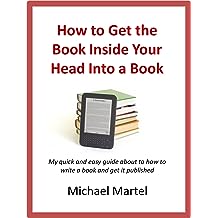 How to Get the Book Inside Your Head Into a Book Jul 12, 2012
by Michael Martel
( 2 )
$7.99
You want to write a book but don't have any idea where to start. Well it isn't that hard to get a book from the idea stage to having a printed book in your hand. My first book went from just an conception to a physical book in about three months. That was before I knew the ins and outs. Now I can do it a lot faster. You can too. If you are happy with an ebook you can do it much faster, in weeks if not days.

In the How to Get the Book Inside Your Head, I walk you through how I wrote my first book and give you simple, easy to follow instructions to get to being a published author quickly.
Read more 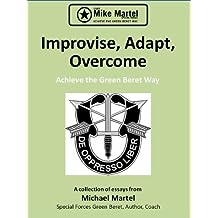 Whether skiing through the rugged mountains of Europe, assembling guerrilla armies in Iraq, or training paramilitary police to fight drug cartels in Columbia, the Green Berets have come to represent the most adaptable organization available in the United States' military arsenal.

Special Forces has another motto - "De Oppresso Liber," Latin for "To Free the Oppressed." In addition to the combat direct action missions these units perform, Green Berets are trained in languages, culture, diplomacy, psychological warfare, disinformation -- generating and spreading false information -- and politics. Operations can include advising a tribal chief on how to consolidate his power; carrying out a quick strike on a guerrilla outpost in the jungle; and conducting a humanitarian medical mission in support of disaster operations. Green Berets are the quiet professionals of the military who approached their missions with a relentless commitment.

Michael Martel takes his experience as a Green Beret and applies them to situations we face in life and business. These are a collection of his essays
Read more