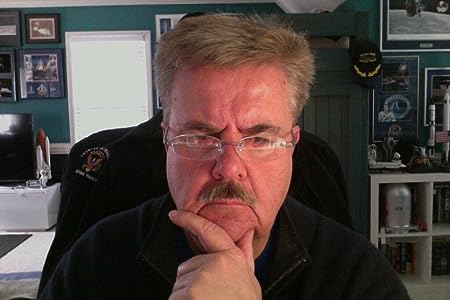 Mike O'Hara is a native of Baltimore, Maryland, but currently resides in his adopted hometown of Charlotte, North Carolina. While Mike has spent thirty-years in the financial services industry, his true passion has always been space exploration. He has written frequently about the little known history of the space program in his popular blog "The Conquest of Space". He enjoys writing fiction that mirrors the storytelling of the 1960's science fiction programs like The "Twilight Zone" and "The Outer Limits". Mike just finished his first full-length novel which combines two of his favorite subjects, time travel and World War II history. His future focus is on short science fiction stories and publishing non-fiction stories on the little know aspects of the space program on his site theconquestofspace.com

He holds a Bachelor of Science degree in Aerospace and studied Business Management at the Johns Hopkins University in Baltimore.

When he is not working in the banking industry, or writing, he enjoys honing his photography skills, and spending time with family, and his two German Shepherds, King and Kohle (Coal). 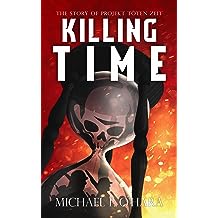 Killing Time: The Story of Projekt Töten Zeit: Includes the bonus short story prequel "The Assassination of Franklin Delano Roosevelt" Jun 15, 2018
by Michael Patrick O'Hara
( 6 )
$2.99
It is the present day, the American military, in an extraordinary effort equivalent to the Manhattan Project and the Moon Landing, developed the ultimate military weapon, time travel. It is a weapon so dangerous and potent that it could change the course of nations. The work was based on the theories of one of Hitler’s top scientists, Dr. Josef Hans Scheel. Hitler demanded that Scheel find a way to send a message back in time to avoid the mistakes of the war. Where they failed, America succeeded, and using modern technology improved Scheel’s work to the point where now sending humans back in time was possible.

Air Force Captain Jake Kelly and Navy Seal Rick Wilson are diverted from their current duties with orders to report to the Pentagon. Unknown to them, they have been selected to be the first test subjects of this new capability. Their mission, travel back to the closing days of World War II and confiscate details about the project that fell into the hands of the Russians after the war. Time is of the essence as it is believed the Russians used that documentation and are close to completing their time travel device.

Much to their surprise, they learn that the mission is one-way. Traveling to the past is a reality, but returning to the future is impossible. The two are faced with the harsh reality that everyone and everything must be left behind.

The trip across time is a story of triumph and tragedy, and of love and betrayal, as the two Americans land in World War II Germany, only to find that they are not the first to travel to the past. In a daring attempt to secure the secrets of Projekt Töten Zeit they battle the unforeseen consequences of tampering with history in an all-out effort to protect America’s future and its past. 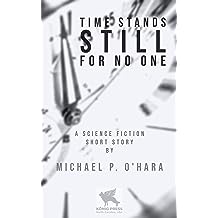 Time Stands Still For No One Apr 12, 2021
by Michael Patrick O'Hara
$0.99
A mysterious and reclusive billionaire, betrayed by the government that his company had provided advanced military technology, seeks a better life for himself and his wife. With the help of a group of greed driven rogue scientists, he builds a time machine to journey into the future where he believes the world will be a better place. Left behind is his last secret, a mechanical being, a menacing sentinel, that will guard the time machine for all eternity. What does the future hold for Julian Oster a thousand years from today?
Read more 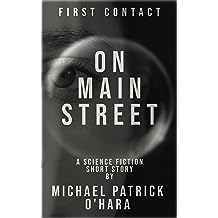 On Main Street: First Contact May 4, 2021
by Michael Patrick O'Hara
$0.99
A fireball streaks across the globe, witnessed by millions. When it stops, a mysterious sphere appears at a busy intersection in the middle of Georgetown, just outside of Washington, D.C. - A man emerges, human in every way. Is this the long-awaited visitor from another planet or a ruse by a foreign adversary? Suspicious of each other, countries raise their alerts and edge closer to the brink of war until finally, the truth emerges. Who is the man, who sent him, and what are his intentions? Was it a hoax, a publicity stunt, the advanced technology of an adversary, or was it a real UFO? Find out in this short story "On Main Street"
Read more 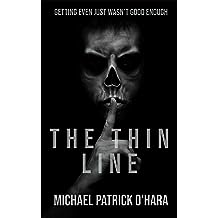 The Thin Line Jan 7, 2019
by Michael Patrick O'Hara
( 1 )
$0.99
When the tormented became the tormentor. You may have long forgotten a time when you wronged another person, bullied, or took advantage of them, but they haven't. THE THIN LINE is a warning that no matter how small the offense, the victim never forgets. Ron Savage was a military veteran and successful prosecutor who fought vigorously for crime victims.

From early in his life, something was ticking inside of Ron's mind. A repressed anger from a series of small minor events in his past where he felt bullied or inferior. That anger was growing inside him like a cancer. Finally, Ron sought to resolve the conflict and seek out his tormentor's in a face to face showdown. This time, the odds were in his favor. Methodically, he mapped out a way to inflict the maximum punishment and get away with the perfect crime. His goal, ensure that the next name on the list would get their due. Who's to blame? The victim or the murderer? Find out in THE THIN LINE.
Read more 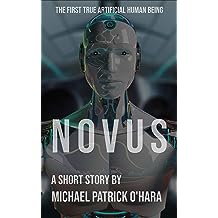 Novus: The First True Artificial Human Being Dec 19, 2017
by Michael Patrick O'Hara
$0.99
This short read is written in the spirit of "The Twilight Zone" and "The Outer Limits". It is a story of imagination, and of a world that may or may not exist in our own near future. This is a story of one man's quest to unlock the operating system that powers the human mind, and to create the first true artificial intelligence. The result will take the fruits of his work on a journey of exploration across the heavens. What happens when human and machine merge to explore a distant planet? Find out in the story of Novus, the first true artificial human being.
Read more 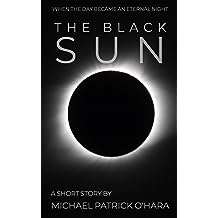 The Black Sun Dec 10, 2017
by Michael Patrick O'Hara
( 1 )
$0.99
To many, it to was a God, the eternal giver of life, light, and warmth to all in its domain. What if the sun were mortal? Like Satan was to God, what if an equally powerful force proved to be the sun's nemesis? Without warning, the mighty sun was misbehaving. What was behind the mysterious large sunspot and what did it mean for the future for life in the solar system. This short story explores the unthinkable, a society faced with an anomaly they don't understand, and for which there could be no solution. Will they find one? Will they solve the mystery of the black sun.
Read more