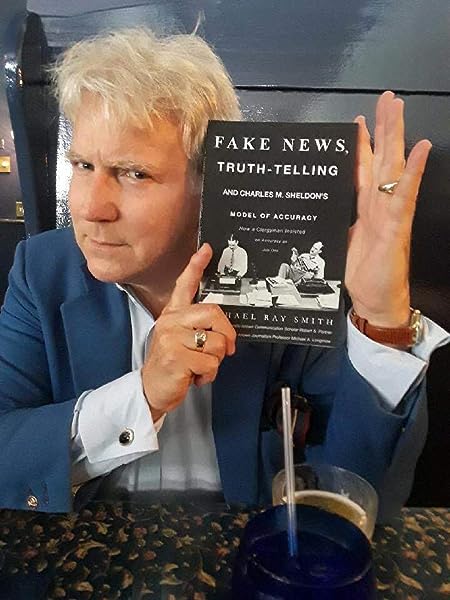 • 2020 Eppy Finalist for Best Business Reporting under one million unique visitors a month for “God and Guns: Why American Churchgoers are packing heat,” Paul Glader and Michael Ray Smith, ReligionUnplugged.com

• 2020 winner of the freelance writing award from EPA, a national organization of nearly 400 faith-based publication

Teaching At A Baltic-Based University Offers Sanctuary For

The Battered And Best. Religion Unplugged.

A Research Fellow at LCC International University, Michael Ray Smith is professor of communication and author; most of his work concerns journalism, Christianity and media. In 2022 Smith became Journalist-in-Residence at Christianity and Communication Studies, a national network of scholars. In fall 2019 he served the distinguished visiting professor of journalism at LCC International, Lithuania. In addition, he is part of the graduate faculty at Regent University, Virginia Beach. He taught Community, Citizen and Civic Journalism and Historical and Rhetorical Methods online in the doctoral program.

In late 2015 College Media Advisers presented Smith with Noel Ross Strader Memorial Award for exercising the principle of freedom of the press, as the award says, "at some risk to personal or professional welfare." In addition, he is in the Fulbright Specialist.

In early 2015 Michael Ray Smith was appointed to the office of Honorable Order of Kentucky Colonels for his work.

He taught in Tennessee at Lee University after a season in South Florida, not far from the posh island of Palm Beach. He spent 11 years at Campbell University, 30 miles south of Raleigh, leading their student newspaper and web site to state and national recognition. The Campbell Times student newspaper tied with prestigious Elon University in the "Best of Show" competition in 2014.

In 2012 journalismdegree.org named him one of the best 50 journalism educators in the nation.

Also in 2012, Campbell University selected Smith for the first teaching excellence award for all the six schools of the university, which includes law and pharmacy.

World Journalism Institute named him the John McCandlish Phillips Scholar for 2011. Philips was the internationally-known reporter for The New York Times in the 1960s.

Smith earned a Ph.D. from Regent University, two master's degrees, one from Penn State University, and earned a B.A. from the University of Maryland and an A.A. from Prince Georges Community College. He has taught at state and private universities, at graduate and undergraduate schools and served as a professor of journalism, professor of communication studies and professor of mass communication at various institutions.

An award-winning journalist and photographer, he has been quoted in the New York Times, The Boston Globe, The Chicago Tribune, The Philadelphia Inquirer, USA Today, The Arizona Republic, The Christian Science Monitor, The Louisville Courier-Journal, Editor & Publisher, Christianity Today, Writer's Digest and many other periodicals. He has been a guest on radio and TV including French TV 24, a Paris-based television broadcast, and online sites such as Ourblook.com.

He has written eight books, nine peer-reviewed journal articles, seven chapters for books such as "Words and Witnesses" and hundreds of articles for the popular press. His latest book is "Fake News, Truth-Telling and Charles M. Sheldon's Model of Accuracy." "7 Days to a Byline that Pays" and "FeatureWriting.Net," which explores popular writing. "The Jesus Newspaper" explores the idea of the clergyman-turned-journalist. His "A Free Press in Freehand: The Spirit of American Blogging in the Handwritten Newspapers of John McLean Harrington 1858-1869" was released in 2011.

Smith spent a decade working in the newsroom and nearly three decades working in the classroom. He continues to write in Waynesboro, near Gettysburg, Pa., about 80 miles north of Washington, D.C., where he was born.

In 2008 Shippensburg University, his graduate school, honored him as a Distinguished Alumnus of the Year, the highest award presented by the university. That same year Prince George's Community College in suburban Washington, D.C., recognized him as one of its top 50 graduates.

He has presented workshops on writing in the United States and overseas including seminars on magazine writing for Magazine Training International in Manilla, Philippines, and Nairobi, Kenya.

Smith speaks at Evangelical Press Association and Christian writer conferences among others such as BCW in 2017: https://www.baptistcommunicators.org/workshop/2017/speakers.cfm

His latest books, "7 Days to a Byline That Pays" and "The ABC List of Feature Ideas," are being used by some universities as textbooks. Published by Lighthouse Publishers of the Carolinas, Smith is working on other projects including explorations of the free press on faith-based campuses. 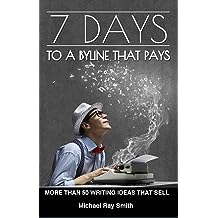 7 Days to a Byline that Pays explains how to tell stories that audiences will read and editors will pay you to write. Delivered In a breezy and compact manner, this book will help you work fast, smart and get paid for your work.

Take it from Pulitzer winning journalist Manny Garcia: "Smith has successfully culled the best ideas from colleagues and published a book that is essential reading for anyone who wants to succeed in journalism. It's creative, clear, fun and Timeless. He hits all the fundamentals."

7 Days also includes top ideas from reporters who cover the arts, writers in public relations, web page content creators, religion writers and others who work in both international broadcasting and journalism. Their ideas will take your opus from the valley of despair to the road of royalties and make your words weapons of mass instruction. 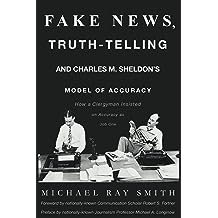 Fake News, Truth-Telling and Charles M. Sheldon’s Model of Accuracy: How a Clergyman Insisted on Accuracy as Job One Dec 22, 2017
by Michael Ray Smith
( 22 )
$0.99
Daily audiences are subjected to a blizzard of information, some of which is deliberately incorrect. The best news organizations in the world are marshalling fact-checking teams to determine the accuracy of the news content. Computer wonks are working with the news industry to create computer programs that trace the information back to the source to determine the credibility of the information. Fact-checking is fashionable these days but among a little-known truth is that a clergyman-turned-journalist pioneered the passion for getting information right when he took over a general-circulation, mainstream newspaper in 1900 and tried to apply the adage, “Accuracy, accuracy, accuracy” to every news article and advertisement in the periodical. He used his faith-based sensibilities to edit the newspaper and his work came to be called “The Jesus Newspaper.” Circulation soared with the experiment lasting only one week, yet it provoked the newspaper complex to reconsider some of its practices that are part of the fact-checking mania at work today.
Read more
Other Formats: Paperback