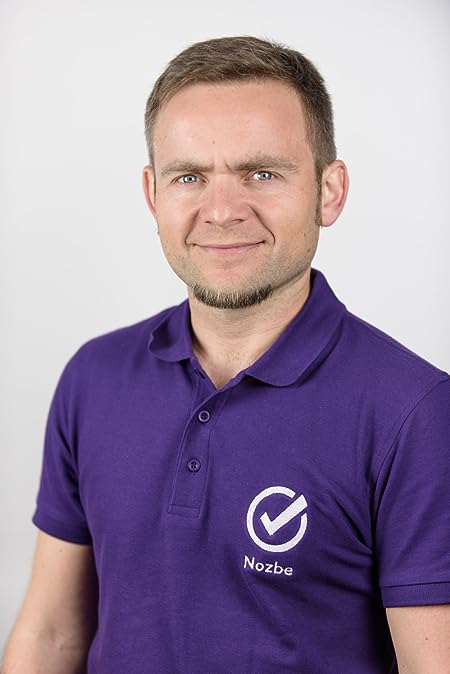 Michael is a productivity guy. He is the founder and CEO of Nozbe, a project management and collaboration tool used by over half a million busy professionals and teams from all over the world. He served as Editor-in-Chief of one of the top productivity magazines on the internet, Productive! Magazine. Michael is also an author, blogger, and speaker. He co-hosts The Podcast.

He was born in Gdynia, northern Poland, and spent his childhood there. His mom started teaching him English when he was 6 and thus she fostered his interest in languages; his father, who was an "electronics technician," got him interested in computers. Now, apart from Polish and English he also speaks fluent Spanish and German.

He has two university degrees, one in Business Economics and one in Marketing. Right after his graduation in 2003 he set up his own company, apivision.com, to pursue his interest in Internet commerce. He founded two startups (Wyslij.info and HitRSS.com) that eventually failed before he finally started something he was truly passionate about and managed to succeed with: Nozbe.

In his free time he enjoys doing triathlons, running, swimming, playing basketball, skiing, writing, and reading (or listening to) books. He is a geek who likes technology gadgets (he's an Apple fanboy) and cars.

Michael works from home and everyone on his team works remotely. He believes a "job is not a place to go but a thing you do." He lives in a very beautiful place in Europe with his wife, Ewelina, and their three amazing daughters: Milena, Emilia, and Liliana. 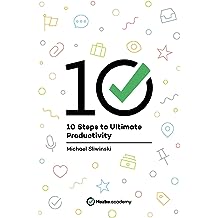 10 Steps to Ultimate Productivity: Control the Chaos of Everyday Life, Including Practical Examples Using the Nozbe app Dec 3, 2018
by Michael Sliwinski
( 14 )
$6.95
Learn how to manage your goals, projects, commitments, and emails, and live a happy life where you can feel in control and leave stress behind! Let Michael Sliwinski, a productivity and time management expert, guide you through the core productivity techniques.

Did you know that in an eight-hour workday we spend just four hours on actual work? And that we only work with complete focus for about two to three hours a day... which is actually not bad. That means you have about 10-15 hours per week for intense work. Do you devote that time to the most important tasks that push your projects forward?

It’s very likely that you don’t. It’s time to find out why and what you can do about it!"

The 10 Steps to Ultimate Productivity will help you create a work system that allows you to utilize your potential more effectively and avoid basic mistakes in the way you manage your time.

Thanks to the book, you will learn:

Michael Sliwinski has been professionally engaged in productivity and time management since 2006. Today, he wants to pass everything he knows on this subject onto you with this practical guide. 10 Steps to Ultimate Productivity is not a collection of theoretical principles – it’s a record of many years of experience that he has been drawing on to constantly optimize his own productivity system.

It’s also a collection of practical tips – simple enough to start applying immediately. In certain parts, the author encourages you to put the book down and try out his advice right away – no excuses!

Although Michael loves books (he reads several dozen a year), he believes that personal experience is more important than dry, bookish theory. That’s why each step of the book includes an instruction for immediate application in Nozbe – the app that the author uses on a daily basis and created over a decade ago. (Be sure, though, that with Michael's tips you’ll also be able to create your own trusted productivity system with the use of other tools. The principles remain the same!) 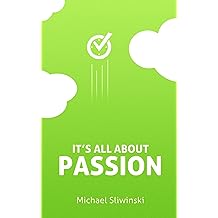 It's all about Passion!: How 7 types of passion helped me achieve success with my productivity startup May 20, 2014
by Michael Sliwinski
( 3 )
$2.99
Passion inspires and attracts people. Throughout my professional career, I discovered that there is not just one thing I am crazy about that let's me work, improve, fight the obstacles and succeed. There is a whole range of passions that motivate me and help me go on and get up every day with excitement. These passions include: right attitude towards money, finding a solution, building a product, improving my industry, growing as a person and leader, helping others and interacting with other passionate people.

All these types of passion are related to each other and actually grow from one to another... but they are all there. All of them are different and unique in their own way and make your life richer and more fulfilling. There are no shortcuts, it takes time to go through all of these phases and after you've uncovered them all, your journey gets even more interesting. And as they say, "the journey is the ultimate destination".

In this book I'm sharing the story of 7 types of passion I discovered over 7 years of running Nozbe. I hope that it encourages you to continue our journey together towards an even more passionate life.
Read more 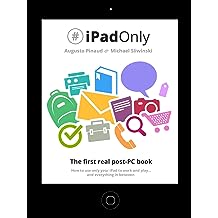 We show how we use our iPads to work, play and everything in between... and how much fun we have in the process.

The best part: you can do the same.
Read more
Other Formats: Paperback