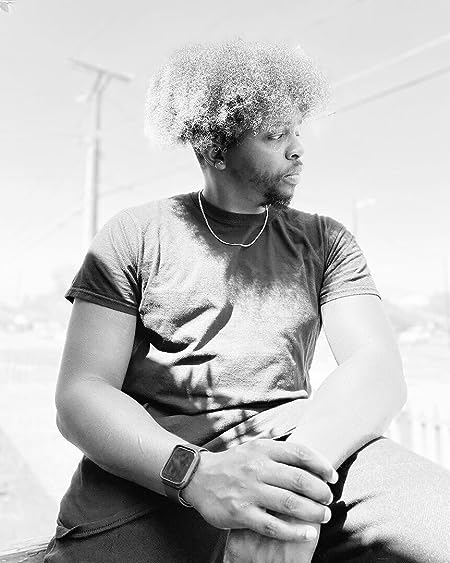 M.D. Smith, III (Michael D. Smith, III) is an upcoming author within the indie Christian Fantasy Genre. His passion for telling stories came at a young age, using creative writing classes and free time to craft "poorly drawn comic books" as he likes to say. As M.D.'s ideas expanded he finished writing his first novella at 14. Over the years, M.D. has continued to hone his craft while realizing "Imagination is the key to everything," even within the Christian belief. His obsession with superheroes and his desire to show the world a different type of Christian led to the birth of "The Silent Angel Chronicles."

M.D. lives in Reno, Nevada with his high school sweetheart and wife of 10 years and their three very spoiled children where he works full time in the warehouse industry until he can write full time.

Follow @SilentAngelChronicles on Instagram and Twitter for more updates on the series. The series is taking a hiatus to let some of the other ideas M.D. has brewing take life. 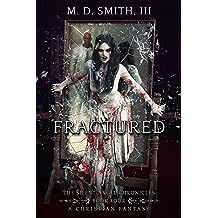 Fractured: The Silent Angel Chronicles; Book IV Dec 7, 2021
by M. D. Smith
$12.99
Dilworth Alexander Coup was only thirteen years old when his sister was brutally murdered by the Dark Purger known as Trion. Seven years later Dilworth discovered the secret world of the silent Angels known as the Purger and avenged the death of his sister with the help of a few mentors and friends. Since then Dilworth has saved the world again and fallen in love. He promised to defend and protect his loved ones from the Dark threats mortals invite into the world. Then his best friend was killed by the woman he loves. Learning from his past and processing his grief, Dilworth moves forward to find Jean and Deborah before any more damage can be done. But he searches with no leads. Taking a break from the search Dilworth and Felecia follow the trail of an Unbeknownst. Questions arise when they meet this potential charismatic Purger and Dilworth wrestles with the truth or allowing to let the status quo stay the same. This chance meeting leads to an explosion of faith with dangerous connections and repercussions all leading back to the fractured world and the friends they have lost to the Darkness of the past. Fixing the bloody mess isn’t easy when there are Purgers to be delivered and hearts to be healed. Nothing new for The Purger.
Read more 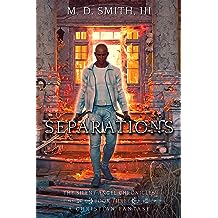 Separations: The Silent Angel Chronicles; Book III Dec 31, 2017
by Michael Smith III
$14.99
“That was the last message to my wife. Why do you ask? Because tomorrow I’m going to die…”It was the words that three years ago broke the hearts of many fans. Now find out if those words are going to come true.Six months have passed since Dilworth and the other Purgers stopped the Druids of the Hallow Circle from breaking into Heaven during the Planetary Alignment. Together with Felecia and the now separated Jean, they traverse the states purging out the Demons humanity continues to invite. But when a mysterious phone call comes from a friend, the group is rushed to a haunting where one family’s secrets have been terrorizing Empaths for centuries. Meanwhile, Dilworth refuses to give up the hunt for Deborah. The Dark Purger has been quiet and very rarely seen but he knows it’s only a matter of time before she comes after Jean. Wanting to protect the woman he loves, he’ll stop at nothing to make sure they don’t cross paths. That is until Jean gets sick. A constant bloody cough, headaches, and nosebleeds aren’t your everyday symptoms even for a battle harden Purger. The frantic search for a remedy leads to a dire truth: Jean and Deborah can’t survive without each other. Their humanity isn’t enough, and they’re being pulled to their perspective sides as they fade from this realm of existence to the next. Deborah will do anything to keep that from happening. Desperation settles over the group as they realize the ultimatum: somehow get them back together or let them both die. But something lurks deep within the strange phenomenon that is Jean and Deborah. Something that has been there the whole time hungry and waiting. A pit so deep that it has a desire to be filled with whatever it can get its hands on. Light, Darkness, it doesn’t matter but what it wants the most is Freedom…Let the Purging begin.
Read more 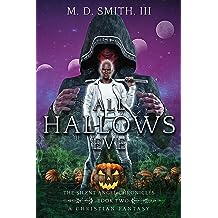 Everyone always has a choice on choosing who they become; that's especially true for the Purgers. All but one.
Dilworth has finally moved on from the events that took his sister's life. Now understanding who he is and where he comes from, Dilworth and Patrick find themselves in Paris when they come across a couple of girls who will change their lives forever; "for better and for worse."
For twenty-one years The Druids of the Hallow Circle have been planning their triumphant rise into the Heavens. A plan that consist of gathering and creating an army during the planetary alignment on a night set aside for evil. With Halloween drawing near the only thing standing between them and success is the Purger willing to stand up for everything that's true, noble, right, and pure.
But how can one fight for good, when evil is always lurking within ready to grasp freedom whenever it can?
How can you fight evil that wasn't made by its own ignorance? Evil that was created for a greater purpose that you can't see clearly? How do you fight evil that was actually born?
Will Dilworth be able to stop The Hallow Circle from completing their task, or will an evil made for a specific purpose be released and consume a love for Dilworth before it even has the chance to begin?
Read more 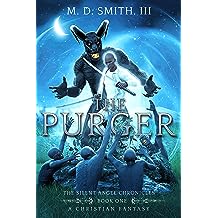 The Purger: The Silent Angel Chronicles Book I Dec 20, 2014
by M.D. Smith III
$8.99
Dilworth Coup was only thirteen when his sister December, was brutally murdered at summer camp. Seven years later, he returns as a counselor at the behest of his best friend, Patrick. Attempting to move on, he sets his site on being the type of counselor he loved when he was growing up. That was until he begins to see his little sister once more.
Hearing her warnings to run only focuses Dilworth on discovering the truth about the night of her murder. As Dilworth draws closer, he is thrown In-Between the world of Angels cursed to protect humanity from the Demons they meddle with. Unbeknownst to Dilworth, he will discover his role in the war, and the choice he made before time began that set him on this path – the choice to be silent.
With the night of a New Moon approaching, worlds will blend, and Demons will roam free at the reciting of a spell. Enemies are closer than they appear, and help is in disguise. With time running out, Dilworth must accept the choice he made and who he was always been.
A Silent Angel.
The Purger.
Read more