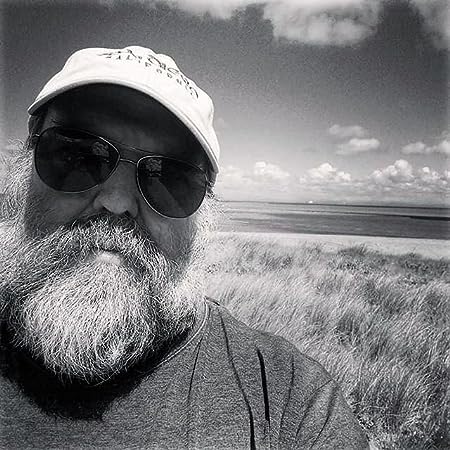 A Yorkshireman living in the rural green hills of Lancashire, Michael Wombat is a man of huge beard. He has a penchant for good single-malts, inept football teams, big daft dogs and the diary of Mr. Samuel Pepys. Abducted by pirates at the age of twelve he quickly rose to captain the feared privateer ‘The Mrs. Nesbitt’ and terrorised the Skull Coast throughout his early twenties. Narrowly escaping the Revenue men by dressing as a burlesque dancer, he went on to work successively and successfully as a burlesque dancer, a forester, a busker, and a magic carpet salesman. The fact that he was once one of that forgotten company, the bus conductors, will immediately tell you that he is as old as the hills in which he lives. Nowadays he spends his time writing, telling tall tales in his bio, and pretending to take good photographs. You can have a good laugh at his blog or his photographs, but most of all please go and mock him mercilessly on Twitter or Facebook. Michael Wombat has published over one book. Other authors are available.

“Michael Wombat brought us to near tears by his short stories. He is a natural story teller.” – Diana Jackson, author of The Riduna Series. 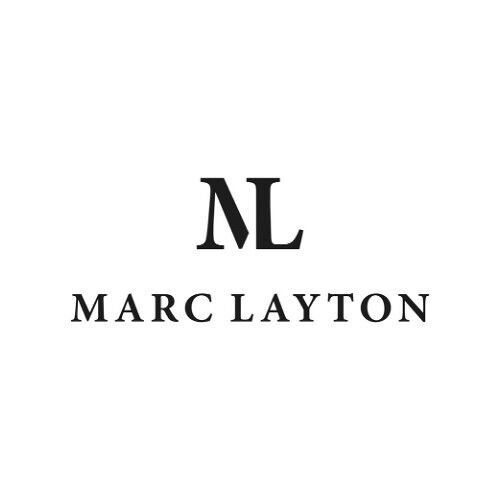 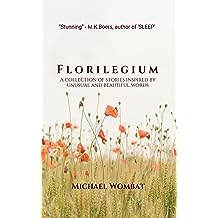 Florilegium: A collection of stories inspired by beautiful and unusual words Oct 8, 2021
by Michael Wombat
( 4 )
$4.06
FLORILEGIUM, NOUN, plural florilegia.
1. (archaic) a lavishly illustrated book of flowers.
2. a collection or anthology of stories.

Chypre, honeyfur, vellichor - just three of eighteen unusual and beautiful words, some old, some new, but all of which inspired the stories in this book from award-winning author Michael Wombat. The tales are as varied and delightful as the words themselves: chronicles of love sit next to tales of brutality. Time-shifters nestle up to hungry dogs. A private eye wakes up with a donkey’s head in place of his own. You will discover a new delight at every twist and (page) turn.
Also includes a list of over thirty more of the author’s favourite words, with definitions, that did not (yet) give birth to an adventure.
Read more
Other Formats: Paperback 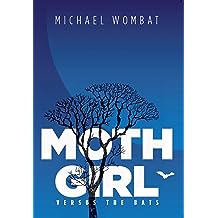 Out of the moonlight they sped in their thousands, swift as death, razor wings glittering in the pale glow of the Wolf Moon. In the frost-shrouded city below, the final toll of the curfew bell faded. Latecomers hurried inside, the hems of their capes whisked through narrowing gaps as doors were slammed, shutters bolted and chimneys blocked.

"A splendid yarn that perfectly captures the tone and flavour of the sci-fi serials of the fifties, and serves it with a sassily modern heroine and a steam punk twist."
Read more
Other Formats: Audible Audiobook , Paperback 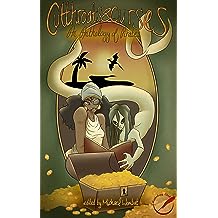 Cutthroats & Curses: An Anthology of Pirates Jun 21, 2014
by Michael Wombat, Kit Cooper
( 7 )
$4.99
A rousing collection of 11 wind-powered, piratical short stories from 11 different authors. Join us on the high seas for almost a dozen tales of ribald adventure - many with just a hint of fantasy. 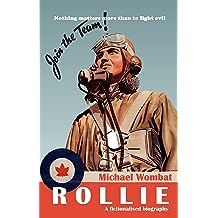 Rollie: A fictionalised biography Jul 30, 2021
by Michael Wombat
( 3 )
$3.96
“Hi!” the trucker grinned as they clambered up into the sweltering cab. “Where you headed?”
“Canada?” said Jensen.
“Well now, I can’t take you that far.” The driver rejoined the highway. “I’m heading for Devil’s Lake, but I can drop you in Petersburg?”
“Thanks,” Rollie said. “That’s great, truly. My name’s Rollie, and this is Johnny.”
“What takes you boys all the way to Canadee?”
“The war,” said Jensen.
“We ain’t got no war, have we?”
“And planes,” Rollie said. “We’re going to fly in the war in Europe.”
“Does Europe matter?”
“Nothing matters more than to fight evil.”

In 1940, on the day that Winston Churchill gave his ‘We shall fight on the beaches’ speech in the House of Commons, Rollie Ernest Buckolz and his friend John Jensen stuck up their thumbs by the side of a dusty South Dakota road, and got the first of a series of lifts that would take them five hundred and sixty miles north into Canada. Their intention was to join the Royal Canadian Air Force and fight for the Allies in Europe. Thrilled by the thought of air service, and enthused by the idea of fighting against Nazi Germany, they were prepared to risk losing their US citizenship to fight in a war that America had not yet joined. This is the story of one man, and of a hundred and thirty thousand men who followed the same path to war – the British Commonwealth Air Training Plan in Canada.
Read more
Other Formats: Paperback 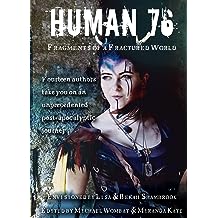 Human 76: Fragments of a Fractured World Aug 15, 2016
by Lisa Shambrook, Michael Wombat, Steven Paul Watson, Julia Rios, K. R. Smith, MS Manz, Nick Johns, Jeff Hollar, Rebecca Fyfe, KJ Collard
( 13 )
$3.76
"Quiet, you fool! You're safe now!" Rough hands gripped Ghabrie. A kestrel swooped but Ghabrie could not hear its call. She could hear only Nahria's shriek. Ghabrie strained to glimpse her little sister through the mass of rebellion warriors and Prometheans. The two sides were withdrawing, both claiming their spoils and retreating.
Ghabrie thrashed: kicking, biting, struggling against strong arms that restrained her. "Nahria, I'll come for you!" The butt of a rifle thumped the side of her head as her words still echoed across the barren landscape. Ghabrie slipped into an oblivion brought by the hands of her liberators. 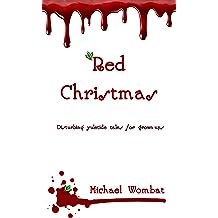 Red Christmas: Disturbing yuletide tales for grown-ups (Red Wombats) Nov 16, 2014
by Michael Wombat
( 12 )
$1.28
"Yes, I call myself Father Christmas. If you want to call me Santa Claus, go ahead. Pere Noel, fine. Dun Che Lao Ren, I really won’t mind. Although, if you insist on Ded Moroz I might put you on my Awkward Sod List. Or the Russian one, depending on where you are.
"I have lots of lists. There are the ones that everyone knows, of course: the Naughty List and the Nice List. Then there’s a Grumpy List, a Wide-eyed Believers List, and even, if you can believe it, a Horny For Santa List."

A collection of off-kilter short stories with a Christmas theme from award-winning storyteller Michael Wombat.
Read more
Other Formats: Paperback 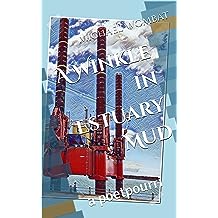 A Winkle in Estuary Mud: a poetpourri May 8, 2022
by Michael Wombat
$6.16
Renowned storyteller Michael Wombat, author and editor of twenty-five previous books, brings you his first collection of poems that display his love of words and rhythms and slightly odd rhyming schemes.

This book contains a veritable poetpourri (sic) of variegated verses: storied ballads, rhymes to paint a scene, love poetry, poems of the supernatural, verses both funny and quirky, poems of nostalgia and memory, emotional outbursts and dreams both good and bad. There are haiku, tanka and villanelles. There's even a saga about a crisp factory. Dip in anytime and find a poem to match your mood.
Read more
Other Formats: Paperback 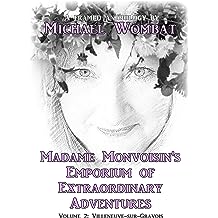 Madame Monvoisin's Emporium of Extraordinary Adventures: Volume 2: Villeneuve-sur-Gravois Mar 30, 2021
by Michael Wombat
( 2 )
$4.09
Paris, 1675. Étienne Blessis has come a long way in the ten years since Madame Monvoisin vanished, but suddenly she sails into his life once more. She still sells 'adventures' - other realities to which the mind may travel; realities where highwaymen go naked, garden gnomes come alive, and a lamb dinner can be horrifying. Soon Étienne is beguiled once more, and drawn into her plans to kill a king. You have in your hands, dear reader, a framed collection: a book of stories nestled within a new narrative, stories within a story that will lead you from one to the next. They are all measures in a dance, entwined. This volume is like a Royal Ball, packed from end-to-end with allemandes, gavottes and thrilling excursions. Enjoy the dance, my monsters.
Read more
Other Formats: Paperback 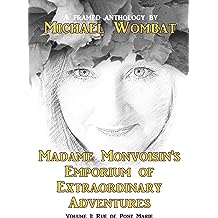 Madame Monvoisin's Emporium of Extraordinary Adventures: Volume 1: Rue du Pont Marie Jul 19, 2020
by Michael Wombat
( 8 )
$4.09
In 1665 Paris, Étienne Blessis discovers an unusual shop, run by an unusual woman. She sells 'adventures' - other realities to which the mind may travel. Realities where God might be Morgan Freeman, and a neanderthal can wear a cardigan. Soon, Étienne is addicted not only to visiting different worlds, but also to the woman who takes him there.This is a framed anthology; a book of stories nestled within the frame of the main narrative. Stories inside a story, that will lead you further to other tales. They are all links in a chain, intertwined for your entertainment. In musical terms, this would be a concept album. Please have a glass of wine and an adventure or two. Relax and see where the stories take you. Enjoy the day, my monsters.
Read more
Other Formats: Paperback 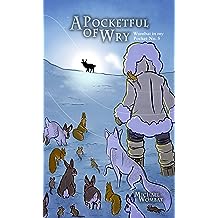 A Pocketful of Wry (Wombat in my Pocket Book 5) Sep 23, 2019
by Michael Wombat
( 4 )
$1.24
“Then we shall come with you,” said the brown mouse, “for we will also suffer from this never-ending winter.” He turned to the other animals. “Who will go up the mountain with the nameless girl to end winter?”“We will!” squeaked the other mice.“And us!” purred the rabbits.“Yo,” said the fox.And so the animals flocked around the girl as she climbed the rest of the way to Father Frost’s igloo on the top of the mountain. Several reindeer stood about it, pushing their noses into the snow, or rubbing their antlers against a few stunted pines. The girl was surprised at the size of the igloo. It towered above her head, though the entrance was a normal-sized human door. She knocked on it, more than a few times, but there was no answer.Seven twisty Michael Wombat tales of wit and delight that you can slip into your pocket.
Read more
Other Formats: Paperback 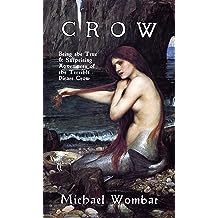 Crow: Being the True & Surprising Adventures of the Terrible Pirate Crow Sep 8, 2019
by Michael Wombat
( 2 )
$1.22
A mélange of words strung together into affecting sentences and thrilling clauses. All the letters are in there, in the usual frequency for written English, with perhaps a slight bias to X, due to a curious diversion into a discussion of the xenopus. The discerning reader will find amusement herein from oddly-juxtaposed concepts and surreal happenings. Also, there's pirates.
Read more
Other Formats: Paperback 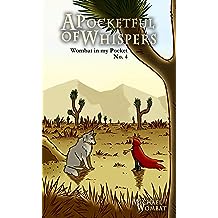 A Pocketful of Whispers (Wombat in my Pocket Book 4) Nov 4, 2018
by Michael Wombat
( 2 )
$1.28
A shadow crossed the cave mouth. Wolf raised his immense head and eyed the newcomer. A boy, draped in the red cloak of a supplicant. Wolf gave a low growl, and the boy stepped forward. Wolf nodded his permission for him to speak.
“I am looking for a painless death, Uncle Wolf,” he said, eyes downcast, looking at the sandy ground.
“Ain’t no such thing, sweet boy,” said Wolf, his voice deeper than summer thunder.

Seven short Michael Wombat tales of whispers and delight that you can slip into your pocket.
Read more
Other Formats: Paperback