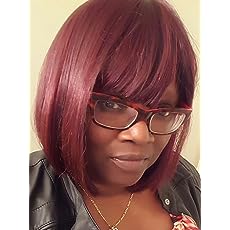 Michelle De Leon is a native New Yorker living in Metro Atlanta. Her first three novels were published by author Zane's Strebor Books International/Simon and Schuster. Independently, she released three Inspirational books and published a Christian stage play via JAC Publishing. Currently she is writing a diverse superhero series for Nuff Said Publishing and working on a series of crime and romance stories
Read more 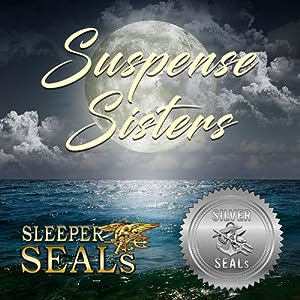 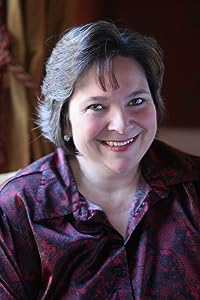 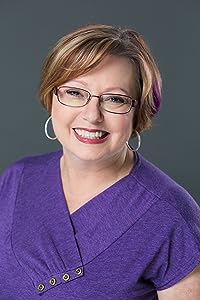 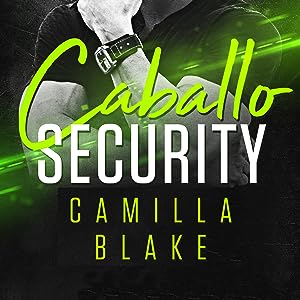 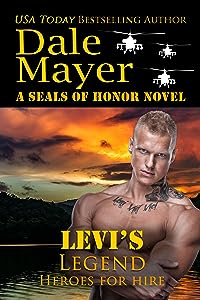 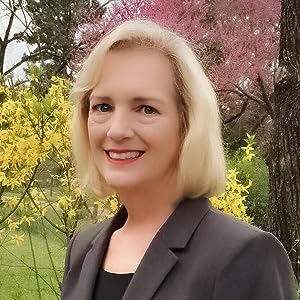 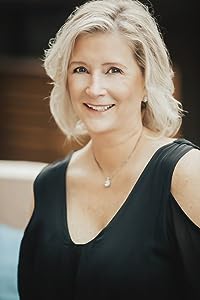 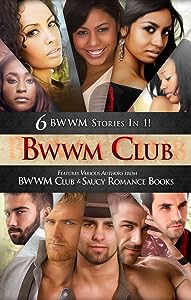 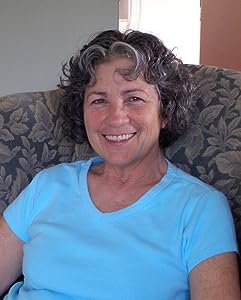 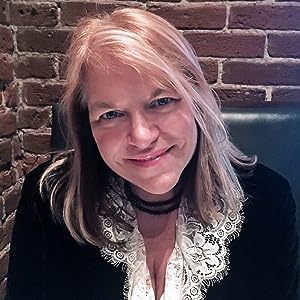 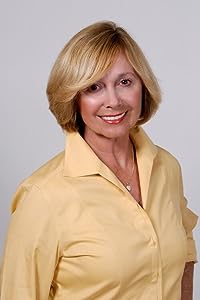 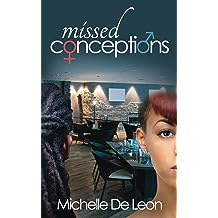 The owner of a successful café in Harlem, Shanneen Ross has attained one of her two life objectives. Now she’s ready for a meaningful relationship, and a change of scenery sounds like the perfect plan. In Atlanta to help her cousin open a café of her own, Shanneen meets an attractive ex-marine named Jeroi Black. When their whirlwind affair results in pregnancy, Shanneen is delighted. Especially when Jeroi pops the question. Now all that’s left is to meet Shanneen’s family. But a disturbing revelation awaits them both at her Uncle Solomon’s house.

Shanneen returns to New York, where she meets Sebastian Lew, a gifted artist who is about to become a father. When tragedy frees Sebastian from an unhealthy relationship, he and Shanneen try to make a go of it in the face of daunting obstacles. But Jeroi is waiting in the shadows, ready to destroy Shanneen’s hard-won happiness. It will take courage, faith, and a lot of love for Shanneen and Sebastian to overcome the odds in this moving, sensual, and always surprising story of what it really takes to build a family.
Read more
Other Formats: Paperback 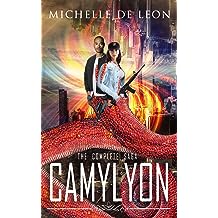 Camylyon: The Complete Saga Sep 30, 2018
by Michelle De Leon , Jenna Anderson , Gina Lopez
$2.99
Episode One presents Gabrie Jordane and Rakota Toyin, partners in life and partners against crime. In the premier episodes of the series Camylyon, an investigation of a Bolivian arms dealer leads to the discovery of a dangerous female drug manufacturer and trouble with the Chinese mafia. The couple and their Extraordinary Abilities Bureau take the fight all the way to Dubai for an epic battle, which is only the beginning. 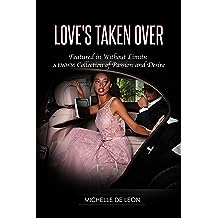 Love's Taken Over Apr 9, 2019
by Michelle De Leon
( 4 )
$0.99
Emerson Isles has come a long way in a short time and is now one of television's highest paid actresses. Loved by her fans and the industry, Emerson was enjoying her success until a "friend" from her past threatens to expose a secret they share. Determined to protect the innocent, Emerson didn't expect to fall for stuntman Jacobi Janssen along the way. A good man who had no idea how their worlds really connected.
Read more 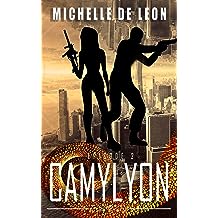 Gabrie Jordane and Rakota Toyin, partners in life and partners against crime. In the premier episodes of the series Camylyon, an investigation of a Bolivian arms dealer leads to the discovery of a dangerous female drug manufacturer and trouble with the Chinese mafia. The couple and their Extraordinary Abilities Bureau take the fight all the way to Dubai for an epic battle, which is only the beginning. 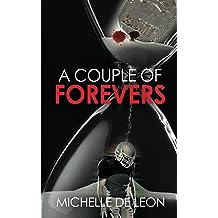 A Couple of Forevers Jan 10, 2017
by Michelle De Leon
( 1 )
$3.99
Ethan Aragon is an Atlanta Detective whose latest case involves an unpleasant reminder from his past; Jerrae Tate. His wife, Bria, assures him that the past can't touch them, but while solving another homicide, Aragon is nearly killed. While unconscious, he lives memories from an alternate history. A super star rookie with the New York Giants, he meets Bria Coppock an up and coming television writer/creator. As their relationship grows stronger, scandal and crime overturns everything. Again. Both worlds are connected in a way they would have never imagined.
Read more
Other Formats: Paperback 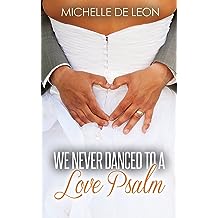 We Never Danced to a Love Psalm Jan 5, 2017
by Michelle De Leon
( 2 )
$2.99
Wade Searcy is no longer attracted to his beautiful plus size bride, Mahalia. A strong woman raised by leaders of the church, Mahalia stands in the gap for her marriage. Not an easy feat when her husband's cousin, Dana lets her know he's willing to respectfully wait for her as God grooms him to be her true husband. Mahalia's brother, Caleb Bettis, is also struggling through his budding gospel career and a recurring relationship with Ariadne Stiles, an atheist who is the love of his life. And Dana, praying for a new life contemplates the strained ties between him and his mother, Kisandra Searcy. How can he break those ties as his mother's freedom is threatened due to an affair with her underaged student? Filled with love, tragedy, hope and inspiraton, We Never Danced to a Love Psalm is a family saga that will never be forgotten.
Read more
Other Formats: Kindle , Paperback 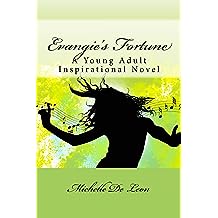 Evangie's Fortune Jan 5, 2017
by Michelle De Leon
$2.99
Evangelique is a shy, fourteen year old girl who has spent her life going from one foster care home to another. Not really expecting much from the system or her future, she is pleasantly surprised when her new foster family, Gwen and Kendalyn Tripp, encourage her love of writing and get her to join their Hip Hop Gospel group. Her misfortune is finally turning around, but will a stranger from the past turn it all upside down again?
Read more
Other Formats: Paperback 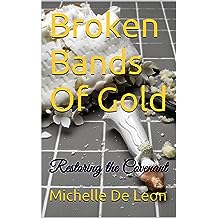 Broken Bands Of Gold: Restoring the Covenant Jan 5, 2017
by Michelle De Leon
( 1 )
$2.99
An Inspirational non-fiction book which uses The Word of God and personal experience to teach spouses of broken marriages why marriage is a holy covenant, how to stand in the gap with Jesus for restoration and when to call on the Holy Spirit once you've been delivered the promise and are trying to keep it!
Read more
Other Formats: Kindle 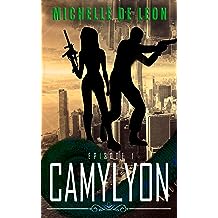 Camylyon: Episode 1 Dec 31, 2016
by Michelle De Leon , Jenna Anderson , Jonina Stump
$2.99
Gabrie Jordane and Rakota Toyin are partners in life and partners against crime. In the premier episodes of the series Camylyon, an investigation of a Bolivian arms dealer leads to the discovery of a dangerous female drug manufacturer and trouble with the Chinese mafia. The couple and their Extraordinary Abilities Bureau take the fight all the way to Dubai for an epic battle which is only the beginning. 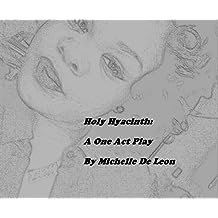 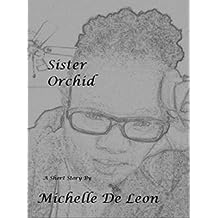 Sister Orchid Oct 31, 2012
by Michelle De Leon
$2.99
After her parents are tragically killed in a car accident, Orchid is sent to live with her father's wife and her half siblings. More than just the circumstances of her birth make Orchid a special child. A Michelle De Leon Short Story.
Read more 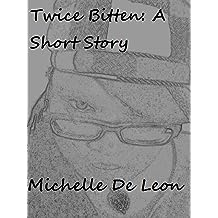 Twice Bitten Oct 31, 2012
by Michelle De Leon
( 1 )
$2.99
Two men reminisce about the costly mistakes they both made while married to a beautiful girl named Marguerite. A Michelle De Leon short story.
Read more