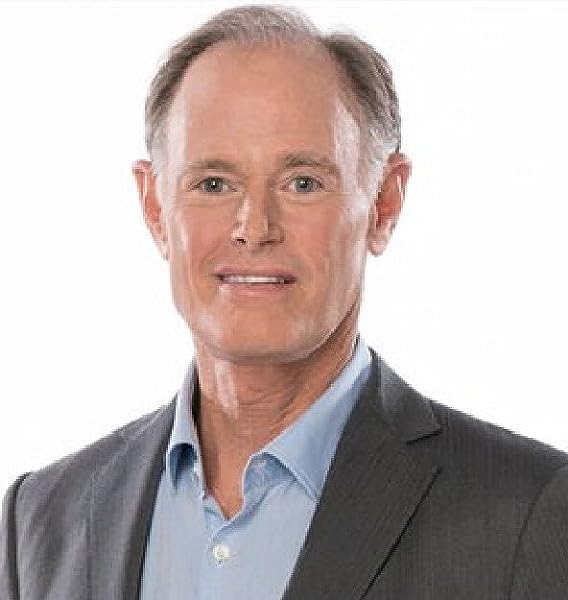 The Microbiome and the Brain 1st Edition

by David Perlmutter (Editor)
4.3 out of 5 stars 5 ratings
See all formats and editions
Sorry, there was a problem loading this page. Try again.

Brain related disorders are among the most challenging health issues of our time. The development of effective therapeutic and preventive strategies for these disorders relies on a comprehensive understanding of the underlying causative mechanisms. And, until recently, these mechanisms have remained somewhat elusive.

The newly discovered pivotal role of the intestinal microbiome in brain health, functionality, and resistance to disease is revolutionizing neuroscience. The Microbiome and the Brain, through the contributions of some of the most forward thinking researchers and clinicians in the field, comprehensively reveals the leading edge of our understanding of the fundamental role of gut microbes and their metabolites in a wide array of seemingly diverse brain issues including Alzheimer’s disease, autism, multiple sclerosis, and mood disorders. In addition, mechanisms defining these relationships are explored along with a presentation of the state-of-the-art as it relates to interpretation of relevant laboratory assessments. Finally, novel therapeutic opportunities, derived from this exciting science are presented.

Dr. Perlmutter is a Board-Certified Neurologist and Fellow of the American College of Nutrition who received his M.D. degree from the University of Miami School of Medicine where he was awarded the Leonard G. Rowntree Research Award. He has published extensively in peer-reviewed scientific journals including Archives of Neurology, Neurosurgery, and The Journal of Applied Nutrition, and is a frequent lecturer at symposia sponsored by such medical institutions as Columbia University, Scripps Institute, New York University, and Harvard University. He serves as Associate Professor at the University of Miami Miller School of Medicine and serves on the editorial board of the Journal of Alzheimer’s Disease, and The Journal of The American College of Nutrition.

Dr. Perlmutter has been interviewed on many nationally syndicated television programs including 20/20, Larry King Live, CNN, Fox News, Fox and Friends, The Today Show, Oprah, The Dr.Oz Show and The CBS Early Show. He is the recipient of the Linus Pauling Award for his innovative approaches to neurological disorders and in addition was awarded the Denham Harmon Award for his pioneering work in the application of free radical science to clinical medicine. He is the recipient of the 2006 National Nutritional Foods Association Clinician of the Year Award and was awarded the Humanitarian of the Year award from the American College of Nutrition in, 2010. In 2015 Dr. Perlmutter was awarded both the Media Award from the American College of Nutrition and the Healthy Living Award from The Invisible Disabilities Association.

Dr. Perlmutter is the author of nine books including the #1 New York Times Bestseller, Grain Brain, The Surprising Truth About Wheat, Carbs and Sugar - Your Brain’s Silent Killers, now with over 1 million copies in print and published in 36 languages.

His new book, Brain Wash, will be published in January, 2019.

David Perlmutter, MD, FACN, ABIHM is a Board-Certified Neurologist, Fellow of the American College of Nutrition and six time New York Times bestselling author. He received his M.D. degree from the University of Miami School of Medicine where he was awarded the Leonard G. Rowntree Research Award. Dr. Perlmutter is a frequent lecturer at symposia sponsored by such medical institutions as Columbia University, the University of Arizona, Scripps Institute, and Harvard University. He has contributed extensively to the world medical literature with publications appearing in The Journal of Neurosurgery, The Southern Medical Journal, Journal of Applied Nutrition, and Archives of Neurology. He is the author of the #1 New York Times Bestseller, Grain Brain. Other New York Times bestsellers include Brain Maker, The Grain Brain Cookbook, The Grain Brain Whole Life Plan and New York Times bestseller, Brain Wash (January, 2020) co-written with his son, Austin Perlmutter, MD. He is recognized internationally as a leader in the field of nutritional influences in neurological disorders. Dr. Perlmutter has been interviewed on many nationally syndicated radio and television programs including 20/20, Larry King Live, CNN, Fox News, Fox and Friends, The Today Show, Oprah, Dr. Oz, and The CBS Early Show. In 2002 Dr. Perlmutter was the recipient of the Linus Pauling Award for his innovative approaches to neurological disorders and in addition was awarded the Denham Harmon Award for his pioneering work in the application of free radical science to clinical medicine. He is the recipient of the 2006 National Nutritional Foods Association Clinician of the Year Award. Most recently, Dr. Perlmutter was awarded the 2019 Global Leadership Award form the Integrative Healthcare Symposium. In December of 2017, Dr. Perlmutter lectured at the World Bank with his presentation broadcasted to 150 sites around the world. His books are now published in 36 languages. His latest work, New York Times bestseller, Drop Acid (February 15, 2022), explores how elevated uric acid powerfully threatens metabolic health, and how it can be brought under control.

Daniel T Laich
5.0 out of 5 stars Recommendation from a neurosurgeon who finds this exciting stuff...
Reviewed in the United States 🇺🇸 on April 8, 2020
Verified Purchase
This assists in a review of some of the science behind the biome craze. Nothing is definitive, but suggestive science leads down a very exciting path.
Thank you, Dr. Perlmutter for putting this together.

drink2boop
3.0 out of 5 stars Expensive for what is delivered
Reviewed in the United States 🇺🇸 on February 22, 2020
Verified Purchase
Not what I expected. It is a collection of articles written by others, not necessarily Dr. Perlmutter. Honestly, for the price I could have looked up the information myself.
Read more
5 people found this helpful
Helpful
Report abuse
See all reviews