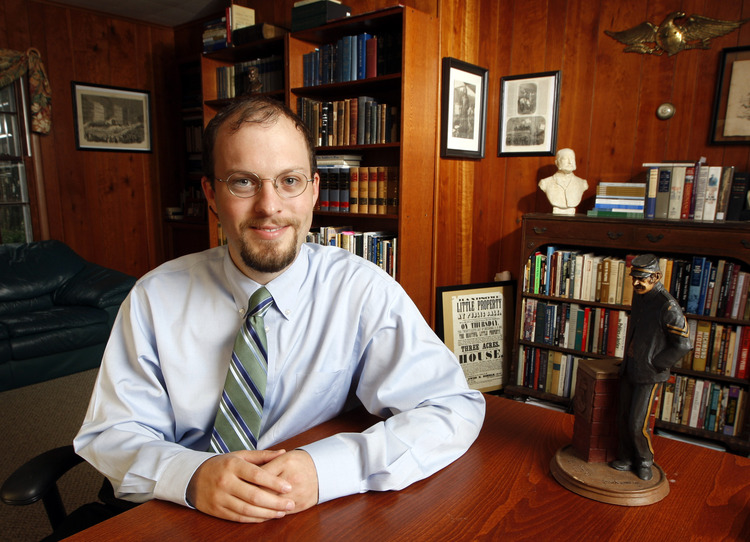 Refreshingly precise. . . . The book opens a new conversation and expands the historical imagination of the Civil War era. Some nightmares may have reflected trauma, but dreams also helped participants survive the anxieties of war and make meaning out of personal and national trauma. Few books are as original or inspiring.--Ohio Valley History

The quoted letters create a sense of intimacy with wartime lives that is eerie and intense, at times rivaling the highest achievements of art.--Pacific Standard

Well illustrated throughout and deeply researched, Midnight in America brings that world much closer to our own.--North Carolina Historical Review

A wide-ranging and fascinating study. . . . Reminds us of the haunting effects war can (and does) have on its participants long after the fighting ends.--Lesley J. Gordon, Civil War Monitor

Midnight in America is a clear-sighted testament to the ways in which soldiers and loved ones at home alike willed themselves to "visit" in dreams, saw prophetic possibilities, and generally coped with psychological trauma.--The Register of the Kentucky Historical Society

White's prodigious research, conveyed in clear, coherent prose, spotlights an underutilized resource for historians and enthusiasts to use in understanding the personal impact of the war and its effect on postwar lives.--America's Civil War

Midnight in America takes a unique look at a rather pedestrian part of human existence—sleep and dreams—and how the experience of war and separation from loved ones often revealed underlying anxieties, fears, and hopes through individual dreams. Mining an astonishing amount of primary source material, White brings us closer . . . to the common soldier, often right into the private exchanges between spouses sharing their most tender dreams of the other.--The History Shelf

A testament to the continuing value of American studies.--The Journal of American History

White is in the vanguard of young historians whose work brings a different, but vitally significant view of activities and events surrounding the Civil War.--Daily Press

Highly original, exhaustively researched, and compellingly written, Midnight in America makes a fresh and vital contribution to the essential Civil War literature. This is literally a dream of a book. And Jonathan W. White is one of the very best young historians in the field.--Harold Holzer, winner of the 2015 Gilder Lehrman Lincoln Prize

In a winning combination of marvelous research and creative analysis, Jonathan White examines how Civil War Americans experienced, thought about, and shared their dreams. Thick with clever arguments about war and society, Midnight in America illustrates how we might learn from the murky world of sleep and dreams and wartime.--J. Matthew Gallman, author of Defining Duty in the Civil War

Jonathan W. White is associate professor of American Studies at Christopher Newport University.
Read more
Start reading Midnight in America on your Kindle in under a minute.

Kerry L. Bryan
5.0 out of 5 stars Highly recommended!
Reviewed in the United States on May 21, 2017
Verified Purchase
This eminently readable book is based on the author's thorough research using primary sources -- the letters and diaries of Civil War soldiers -- to gain insight as to how their experiences, hopes, fears, and longings were reflected in their dreams. A fascinating study!
Read more
6 people found this helpful
Helpful
Comment Report abuse

lyndonbrecht
5.0 out of 5 stars A fascinating book on how Civil War American thought about dreams--soldiers, civilians, popular culture.
Reviewed in the United States on May 3, 2017
This is an extremely unusual book in its approach. White looks at history, not at dream theories. No Jung and Freud here, just a solid analysis os what people dreamed and what they thought about it. The source material is from letters and journals, mostly published secondary sources, in all providing the author with something over 400 dreams by all sorts of people (note that it is largely white people, because slaves were not generally allowed to learn how to write, and hence letters and journals are exceedingly rare, although one chapter looks at slaves' dreams, relying on material from the 1930s Federal Writer's Project interviews with former slaves).

The book is broken into topical sections rather than chronology. It starts with how people then regarded dreams--sometimes as meaningful, sometimes as just longing for home and peace. Chapter 2 considers soldiers' dreams, which were often of home, of family, of clean beds and family companionship). Confederate and Federal seem to have been similar in their dreams. White notes that extreme sleep deprivation was common and may have had a considerable impact on how people acted. Soldiers' dreams seem to have been largely positive, of home and comfort, Chapter 3 looks at civilians' dreams, often those of wives worried about husbands in the army, and often indicating loneliness and worry. During the War married couples seem often to have discussed dreams with each other and in letters. These two chapters together are intriguing.

Chapter 4 is on African Americans' dreams, and these are largely recalled long after the event. Dreams of freedom, of flight, dreams of family long since sold away, interesting and could be expanded into a book. Chapter 5 considers dreams of dying. and includes family dreaming of soldier's death and soldiers of their own. These were discussed in letters, and also the phenomenon of last words of the dying, to which White generally gives credit, arguing that at the time the deathbed had great cultural significance. Some soldiers had dreams they thought were presentiments of death, and of course there were many stories about these because enough came true (given the high casualty rate, that's logical).. Chapter 6 discusses dreams in popular culture, and includes a look at the exceedingly sentimental songs and poetry of the day, and a sort of illustration/picture genre of the "soldier's dream," depicting a sleeping soldier dreaming of home.

The last chapter examines the story of Lincoln dreaming of his own death; it's an intriguing tale, and White says it is probably a fabrication.
There is a brief epilogue and a short appendix note on his methodology. There are some nice illustration, especially a couple by the popular engraver Thomas Nast, showing Jeff Davis having a nightmare of being hanged for treason.

James D. Crabtree
5.0 out of 5 stars Sleep and dreams in the civil war
Reviewed in the United States on February 20, 2018
In this book Mr. White looks at sleep and dreams during the Civil War and does an excellent job on a unique study of the Civil War. To be honest, when I picked up this book I thought it might be an intellectual study, one that "tries to link the excess sleep of urbanized Union soldiers towards a thoughtful approach of war vice the more rural Confederates who lacked sleep and thuis were more inclined to brutality and bigotry." Instead, this is a carefully considered look at sleep and how its lack affected soldiers. How Lincoln declined to have sleeping sentries shot even though this was the standard punishment for such an offense. The types of dreams soldiers had during the war. The types of dreams civilians had during the war. How soldiers dealt with dreams of their own deaths in combat. And, of course, the dreams of President Lincoln and his own supposed premonition of death.

White uses first-hand accounts of dreams written in journals and newspapers and excerpts from documents talking about sleep. It makes for an interesting read and is illustrated with contemporary artwork and photos. Well worth taking time for, especially if you're a Civil War reader.
Read more
2 people found this helpful
Helpful
Comment Report abuse

James B. Conroy
5.0 out of 5 stars Brilliantly Original and Absorbing Work
Reviewed in the United States on November 19, 2017
This is terrific, truly original work on an intensely absorbing subject. Full of insights and new perspectives, it's a fascinating window into the minds and emotions of the men and women who fought and endured the Civil War. I could not recommend it more highly.
Read more
5 people found this helpful
Helpful
Comment Report abuse
See all reviews from the United States