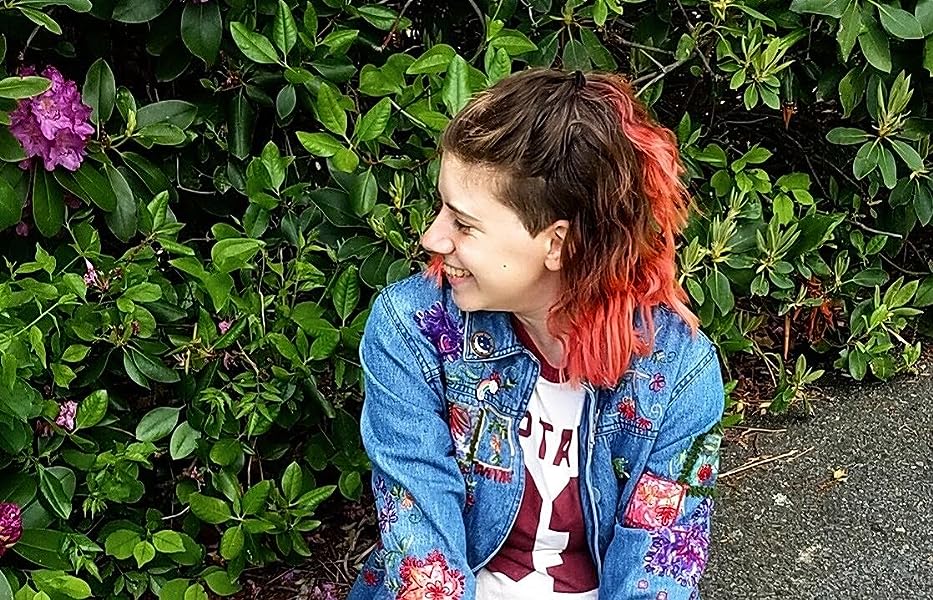 Start reading Midnight Comes on your Kindle in under a minute.

Sandy Huntress
5.0 out of 5 stars Charming poetry with beautiful imagery
Reviewed in the United States on September 26, 2019
Verified Purchase
Sierra’s words pulled me into her world and imagination, and it was a delightful journey!

If you adore all things fairytale, like I do, you will enjoy these visions.

Biddy Gilchrist
5.0 out of 5 stars SJ Blasko Rocks!
Reviewed in the United States on October 15, 2018
Verified Purchase
SJ Blasko is has a way with words! I enjoy reading every word. I'm looking forward to her next masterpiece!
Read more
Helpful
Comment Report abuse

DisneyDenizen
VINE VOICE
4.0 out of 5 stars AN ORIGINAL TAKE ON FAMILIAR TALES
Reviewed in the United States on August 18, 2019
This brief volume showcases six poems by author Sierra Blasko, each poem involving an unconventional look at the following familiar fairy tales:

To be honest, I am not entirely sure what to make of this collection. The collection is billed as: "Explore the darker, more human side of these classic fairytales and rediscover the characters as they are given a voice of their own.” Some of the poems do give voice to unusual characters such as the Evil Queen in Snow White and the witch who cursed the Beast in Beauty and the Beast. But others focus on the experience of the usual protagonist. None feels especially dark. I suspect the author, a young woman who apparently published this slim volume shortly before starting college, simply does not yet have enough life experience to write “dark”.

That said, the collection does show promise and Ms. Blasko’s future potential is evident. She is also to be congratulated for having published this original collection at such a young age and for further showing the initiative of reaching out to this top Amazon reviewer requesting that I take a look at her book. I would be interested in taking a look at her future poems as she matures as a writer. For now, this collection is probably best read by young teens who are interested in the usual fairy tales, writing poetry, and looking at well-known stories from an unusual perspective.

I was especially interested in her take on The Little Mermaid, which shows evidence that she read the original and did not simply rely on the Disney version. Still, the ending was surprising, since in the original tale the angels found the Little Mermaid to be so worthy that they swooped her up to heaven, a conclusion not found in Blasko’s poem. Nevertheless, this is the best poem in the book - or at least my favorite.

My thanks to the author for a review copy which in no way influenced the content of my review.

Rebecca R. Sousa
5.0 out of 5 stars Original spin on classic fairytales we all know and love
Reviewed in the United States on September 3, 2019
I never have really gotten into reading poetry that much but I read the summary of what, “Midnight Comes” is a kit and was really interested in giving poetry a try and I really e joyed this book! It has an interesting topic giving fairytales we all know and love a darker twist leaning more towards the Brother’s Grimm version. The poems all were connected In the very first poem by panicking of when midnight will come and what will happen, I think in this book of poems midnight is personified as a monster stalking its prey at night coming to attack once midnight strikes putting an end to the fate of a happily ever after we normally associate with the Disney version of these fairytales. In the poem “Beastly”, I really enjoyed the unique point of view and narration coming from the witch who curses the young prince for being too prideful, it was really nice to see this story told from a different perspective. I also really enjoyed the illustrations throughout the book they were really well down and added a deeper layer of completion to the poems. I would also like to thank the author and voracious Readers Only for giving me the chance to read this book !
Read more
Helpful
Comment Report abuse

Capt_Beebles
5.0 out of 5 stars Quick, Fantastic Read
Reviewed in the United States on October 24, 2019
Excellent short read. Poems written from the point of view of popular characters wasn't something I knew I needed until I found this book. The author has a lovely voice and even though the poems are short I was immediately immersed in each one. They're not particularly dark unless you compare them to the normal telling of Disney fairytales. Highly recommend this work. I look forward to reading more from this author.
I received a complentary copy of this work through Voracious Readers Only in exchange for my honest opinion.
Read more
Helpful
Comment Report abuse

evalyn
5.0 out of 5 stars Literally one of the BEST fairytale retellings I've read!
Reviewed in the United States on June 28, 2020
I LOVE this new interesting take on the fairytales I grew up with. I loved the darker side of the fairytales… it looked more real to me being an adult (for example Cinderella’s depression). The S J presents everything is such a way that there is a lovely voice in my head and the way it is written captured my interest. I COULD NOT PUT IT DOWN. Her writing style is one I personally haven’t seen before, would HIGHY recommend!
Read more
Helpful
Comment Report abuse

TheWordCount
3.0 out of 5 stars Midnight Comes by S.J Blasko
Reviewed in the United States on October 29, 2019
Midnight Comes by S.J Blasko is a refreshing compilation of poems that addresses the darker side of fairy-tales. From a look into the Little Mermaid’s despair, to Cinderella’s depression at the impending stroke of midnight, Blakso rips the shroud of bliss from our conception of happily ever after.

I would recommend this collection to anyone who likes the macabre. Midnight Comes is a short piece of about 50 pages, making it the perfect Saturday afternoon read.
Read more
Helpful
Comment Report abuse
See all reviews