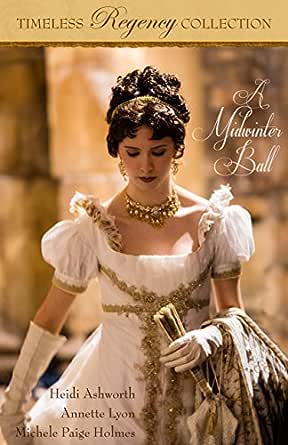 You've subscribed to Timeless Regency Collection! We will preorder your items within 24 hours of when they become available. When new books are released, we'll charge your default payment method for the lowest price available during the pre-order period.
Update your device or payment method, cancel individual pre-orders or your subscription at
Your Memberships & Subscriptions
There was an error. We were unable to process your subscription due to an error. Please refresh and try again. 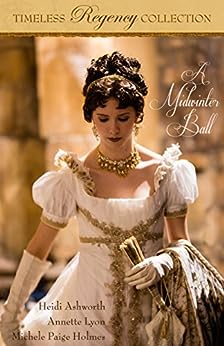 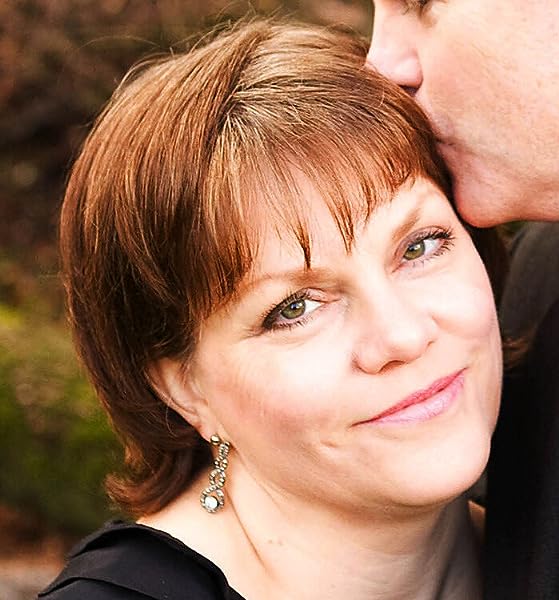 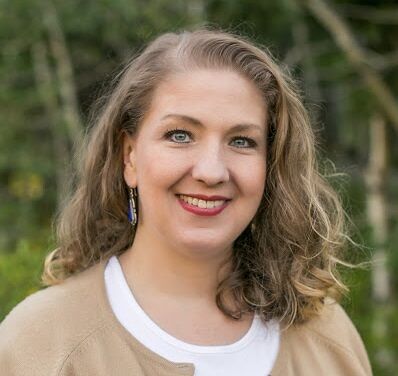 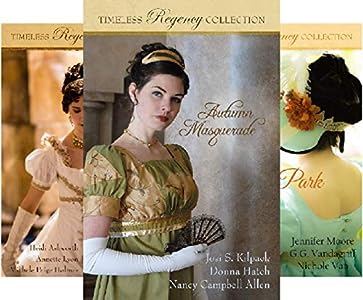 A Crown Heart Award-winning anthology!
"A MidwinterBall is nothing less than masterful and lovely! Though presented in ananthology, each of these books offers its own unique voice, frolicking story,and fulfilling end. Originality, plot, pacing, and character development allcontribute to stories that will prompt readers to seek out additional worksfrom these three talented ladies." -Sofia St. Angeles, InD'Tale Magazine

4.0 out of 5 stars
4 out of 5
157 global ratings
How are ratings calculated?
To calculate the overall star rating and percentage breakdown by star, we don’t use a simple average. Instead, our system considers things like how recent a review is and if the reviewer bought the item on Amazon. It also analyzes reviews to verify trustworthiness.
Top reviews

mara
5.0 out of 5 stars What's better than a Regency ball?
Reviewed in the United States on March 14, 2018
Verified Purchase
I love these Timeless Regency Collections because the stories are longer and the characters can be more developed. These 3 Regency novellas all take place at a midwinter ball.
MUCH ADO ABOUT DANCING by Heidi Ashworth--Analisa Lloyd-Jones has been engaged to Lord Northrup for the past two years. His declaration and threats have scared off all the eligible men who might have even danced with her, needless to say she's not happy at it. At 20 years old, she's the oldest of the young women at Mrs. Smith's Dance Hall. Analisa's prepared to be a spinster since she hasn't seen Lord Northrup since his declaration for her hand. To defend Lord Northrup he did write her a letter each month he's been away in the military, but she stopped reading them after a few months and they're in her room with the seals unbroken. If she had taken the time to read the letters she would've found out he was not the person she remembered--he had learned to control his temper and was no longer so full of himself. Analisa does some growing up of her own in having to admit to own her faults.
SWEETER THAN ANY DREAM by Annette Lyon--Olivia Wallington lives a sad existence with her widowed mother and aunt. She's never had a Season, doesn't attend any social events, rarely leaves home, and has to watch what she says and does to avoid her mother's criticism. Olivia tries her best to have them not notice her so she can be left in peace. "She'd come to accept her fate as a spinster", but still dreamed of attending a ball and dancing with a handsome man. Luckily her brother, Andrew, and his new wife come to visit on their way back from their honeymoon tour and are invited to a ball for a friend of Andrew's. He and his new bride make a plan to sneak Olivia out to her very first ball where she meets the oh so handsome Mr. Edward Blakemoore.
This was my favorite story in the collection. I felt so bad for Olivia and enjoyed how Andrew was able to sneak her away to attend the ball. Who knew poison ivy could be so handy. I also loved the mother and aunt's reactions when they found out Olivia had attended the ball. You would've thought she'd done something scandalous and ruined the family name. lol
AN INVITATION TO DANCE by Michele Paige Holmes--Eleanora Whitticomb (Lady Ella) is another young lady who's never had a season, because after her mother died her father handled his grief by traveling the continent. She was engaged to be married, but her fiancé (Lord Henry Benton) died 5 years before, and now she's content and happiest when riding her horse. Enter Alexander Darling with an invitation from her long-dead fiancé to go to London for a ball. Ella's been expecting to hear from her father about joining him on his travels, and thinking the letter is test of some sort from him goes to London with Mr. Darling. There she meets her deceased fiancé's brother (Lord Gregory Benton) and learns the truth behind Henry's death. As she spends time in London she gets to know Mr. Darling better and finds out why her father hasn't sent for her to join him in his travels.
Neither Lady Ella or Mr. Darling make a good impression on each other when they first meet. I thought he could've been a little more forthcoming with his reason for being there and about the deceased Lord Henry Benton. He does redeem himself in my eyes as the story goes on.
I thought all of these stories read as stories longer than a novella. They didn't feel rushed nor did I feel the characters relationships were rushed. Another enjoyable read in the Timeless Collection.
Read more
5 people found this helpful
Helpful
Report abuse

Modern woman with a Regency soul
4.0 out of 5 stars A real treat for Readers of Sweet Regencies:
Reviewed in the United States on March 9, 2018
Verified Purchase
A Midwinter ball: Three short Regencies on a similar theme, each novella entirely separate from the others make for three or four pleasant evenings for those who cherish love stories set in the Regency world. The first, by Heidi Ashworth, is marred by too-elevated diction. I suppose she is attempting to recreate writing of the period, but I think that unwise. I feel that a touch or three of Regency Era diction gives the flavor of the period. More is just too much, especially when it sometimes seems as if the author doesn't quite understand the words being used.
The second is by the ethereal Annette Lyon, and is a love story worthy of her talents. The third, by Michelle Paige Holmes, is charming.
All three are enjoyable ways to while away winter evenings!
Read more
One person found this helpful
Helpful
Report abuse

aly
5.0 out of 5 stars Wonderfully delightful!
Reviewed in the United States on December 5, 2019
Verified Purchase
Much Ado About Dancing, by Heidi Ashworth is the first story in this collection and I loved it so! At first I wasn't sure about it, but I liked it more with every page I turned, until I was utterly in love with it by the end.

It had only two word incidents: an 'a' instead of 'as' on page 28, and the word county instead of country on page 71. So close to perfect! THAT is an accomplishment!

My favorite thing is that the MC's are both graced with noble and kind character. Not perfect. But getting there.

I was so charmed by this first story that I had to stop and say so before going on to the next two.
Read more
Helpful
Report abuse

Sharyn McQuaid
3.0 out of 5 stars Sweet, clean and odd
Reviewed in the United States on August 9, 2020
Verified Purchase
The first story was not something relatable to the Regency period. A group of 18-22 year olds would not have gone to a house party without chaperones. The second story took a decided turn south for me when the brother handed his mother poison ivy to help his sister escape to the ball. It is a mean-spirited juvenile prank, and, to top it off, poison ivy doesn't break out immediately, so it would have been a failed effort. (If the author wanted an immediate reaction, she should have gone for rue or nettles.) These two stories were 1 or 2 star for me. The last was a 4, so the overall was a 3.
Read more
Helpful
Report abuse

Cluffmama
4.0 out of 5 stars Clean, light, sweet
Reviewed in the United States on August 11, 2016
Verified Purchase
I enjoyed most of the stories in this anthology. I love regency period books. There were several liberties taken in the stories included. Including public kisses, unchaperoned moments between male and female unmarried characters, etc. I have found that this is somewhat standard in this genre so I've just tried to ignore it, but it's always sort of there at the back of my mind. A "yeah, right" moment when you know that what's happening was really so taboo at the time there's no way it could be happening. Overall the stories were sweet, a little predictable, light, and fun, with a few twists, because that's just what you expect in this genre. My favorite title in A Midwinter Ball was Much Ado About Dancing, followed closely by An Invitation to Dance.
I was given a free copy of this book in exchange for my honest review.
Read more
4 people found this helpful
Helpful
Report abuse

Nana loves to read
4.0 out of 5 stars A Midwinter Ball (Timeless Regency Collection series) Book 2 This is a three story collection.
Reviewed in the United States on June 15, 2016
Verified Purchase
The line-up is: First: “Much Ado About Dancing” by Heidi Ashworth. Second: “Sweeter Than Any Dream” by Annette Lyon. Third: “An Invitation To Dance” by Michele Page Holmes. All three stories are well written. They are clean romances and interesting. The characters are well developed and enjoyable. My only complaint is there are no real page numbers and the title pages seem distorted on the electronic books, which doesn’t reflect the professionalism of the authors and their books.
Read more
2 people found this helpful
Helpful
Report abuse

Valene Archibald
3.0 out of 5 stars Three books in one
Reviewed in the United States on March 7, 2021
Verified Purchase
I didn't realize there were three books in one when I purchased it. Each book was about romance. It seemed like I was just getting into the story when it ended. The stories were okay just weren't finished.
Read more
Helpful
Report abuse

Coleman
3.0 out of 5 stars So so
Reviewed in the United States on September 1, 2019
Verified Purchase
The only one I really enjoyed was the last story ‘An Invitation to Dance’. I thought this to be a clever story. Otherwise the other stories we mediocre at best.
Read more
Helpful
Report abuse
See all reviews

Dutch Biker
1.0 out of 5 stars poorly written by American authors who haven't done any basic homework.
Reviewed in the United Kingdom on March 12, 2018
Verified Purchase
The first tale describes behaviour that is quite unrealistic for Regency England. Perhaps the author was thinking of small town 20th century America and merely pretended it was 19th century Regency England.
The second tale has as it's main plot device the use of poison ivy. This makes the whole story totally absurd as there is no poison ivy in England. I gave up at this point and abandoned the whole book.
Don't buy it.
Read more
4 people found this helpful
Report abuse