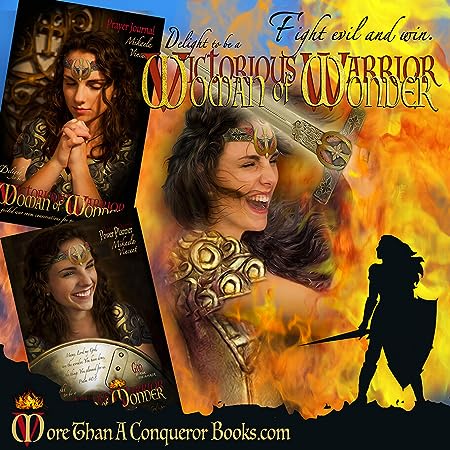 Author Mikaela Vincent is a Christian inspirational writer, retreat leader and speaker who lives in a dark corner of the world where few have ever heard the name of Jesus. In fact, all proceeds she receives from the sale of her books at www.MoreThanAConquerorBooks.com go to sharing Light in the darkness.

A servant of Christ with a deep heart to see His people walk in oneness with Him and with each other, Mikaela Vincent grew up as the daughter of missionaries sharing God’s love in the jungles and poverty-stricken neighborhoods of a Third World Country. Now she and her husband serve the Lord together in unreached areas where spiritual warfare is constant.

Raising TCKs (Third Culture Kids - children from one culture growing up in another) under such circumstances hasn't been easy. With neighbors all around worshipping evil spirits, the Vincents had to equip their children early on for victory over darkness in the battlefield of the mind.

When their preschool son experienced nightmares and other demonic attacks, they taught him the warfare strategy in Mikaela Vincent’s “Out You Go, Fear!” By the time he was six years old, he could follow the steps to freedom on his own and sleep in peace without waking up his parents.

When Mikaela Vincent’s children reached middle school hungry to read, she scoured the bookshelves of every Christian bookstore, but could find no truly deep, edifying novels or transformational discipleship Bible study devotionals for that age.

So God led her to write good books for kids and teens to begin filling those voids. The result has been many changed lives. Kids and teens who have read Mikaela Vincent’s Bible study devotionals for youth, “Dare to Become a Man of God” and “Delight to Become a Woman of God,” as well as her “Chronicles of the Kingdom of Light” novel series have caught on fire for the Lord. One 50-year-old son of missionaries even came to Christ reading "Dare to Become a Man of God."

The “Chronicles of the Kingdom of Light” middle school Christian fantasy books for kids and teens offer a fun, exciting and wholesome alternative to books on vampires, zombies, magic, gross-out topics, etc. Several mothers who have read “Rescue from Darkness” and “Sands of Surrender” together with her children said they liked discussing these books with their children even better than Chronicles of Narnia because the allegory is clearer and discussions deeper.

Mikaela Vincent’s Bible study devotions for single men and women, “Dare to Be a Man of God” and “Delight to Be a Woman of God,” have transformed many lives as well. And homeschool moms have enjoyed using Mikaela Vincent’s easy book for beginning readers, “I Want to See Jesus!” as part of their reading curriculum because of the deep truth and fun illustrations.

All of Mikaela Vincent’s books are available at www.MoreThanAConquerorBooks.com.

And feel free to write her with any questions or comments at MoreThanAConquerorBooks@gmail.com. 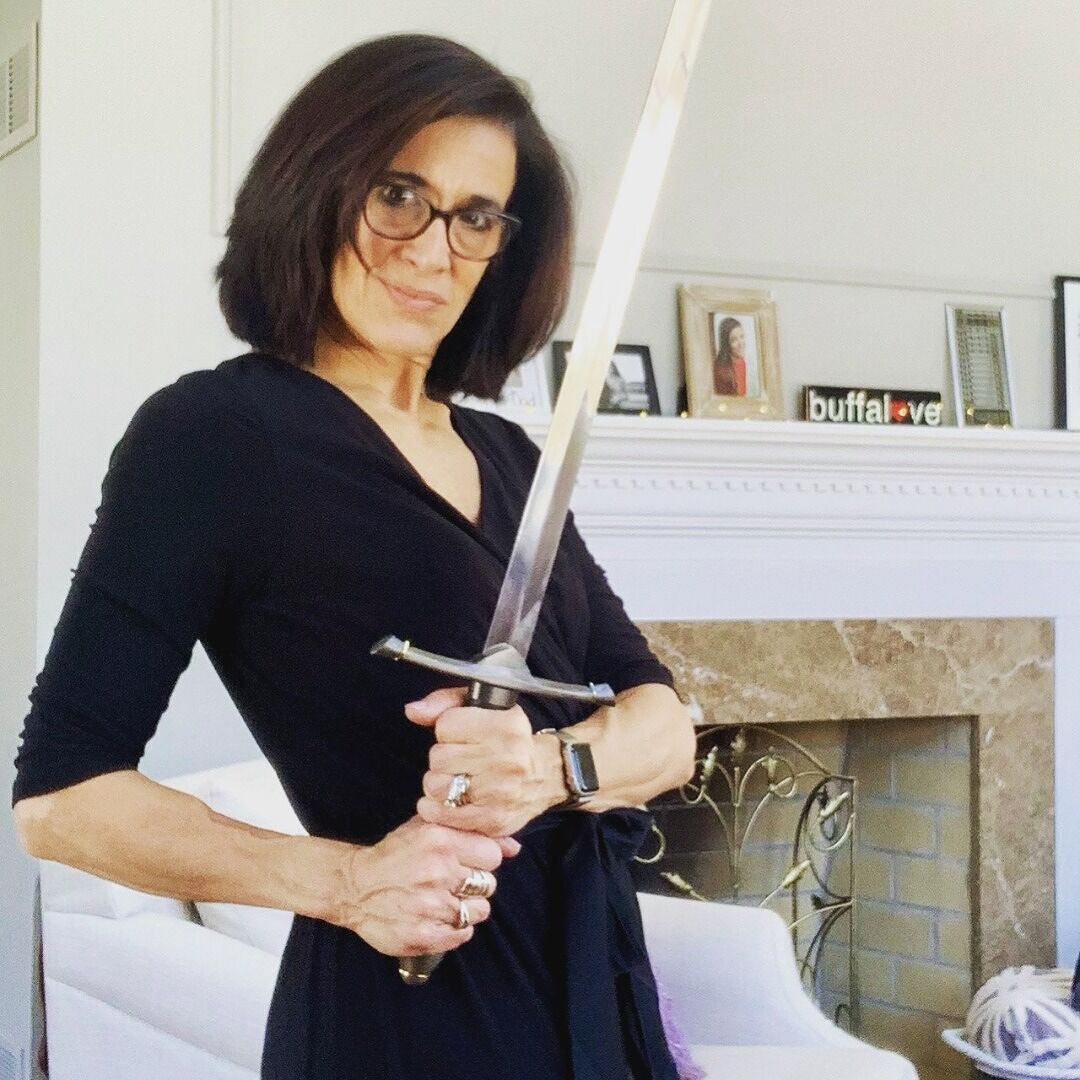 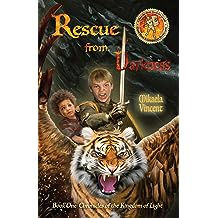 Snatched from their summer fun by a sudden tragedy, six friends loyal to the King of Light embark upon an unforgettable adventure into the Kingdom of Darkness to rescue a young boy held hostage by evil creatures.


Astride such mystical mounts as a winged tiger, a flying unicorn, and a giant cobra, these ordinary young people engage in an extraordinary battle against dragons and demons that will cost them more than they counted on.


As they struggle against monsters—and even each other—to overcome the fight against night, the friends soon discover the true enemy that must be conquered is the enemy within themselves.


Based on bedtime stories created by author Mikaela Vincent to help her children live who they are in Christ, this first Christian fantasy book in the Chronicles of the Kingdom of Light is an inspirational allegory filled with adventure, humor, and some truths that just might change your life.


In this Christian fantasy series for teens and kids, author Mikaela Vincent offers an inspirational alternative to books on vampires, zombies, minecraft, magic or horror. Homeschool moms and other Christian parents will love reading Rescue from Darkness aloud together with their children because of the discussions on faith, obedience to Christ, the battlefield of the mind, and victory over darkness encouraged in each adventure these middle school children endure on their magic journey from a house near the trees of Righteousness to join the King’s army and fight the good fight.


In the Chronicles of the Kingdom of Light and in other More Than A Conqueror Books for youth and children, readers will find tips for hearing God’s voice, freedom from fear and lies, tearing down strongholds, making wise decisions and becoming more than a conqueror. Every Tom, Dick and Harry who wants the Potter to mold him or his sons and daughters will enjoy the deep truths in these books for middle school kids.


Pure-As-Gold Seal books for youth and children by More Than A Conqueror Books help equip young people today for the battles of tomorrow.


For these good books for kids and teens by author Mikaela Vincent, as well as small group Bible studies for men and women and more, visit MoreThanAConquerorBooks.com.


All the author's proceeds go to sharing the Good News where few have ever heard.


(This novel was previously titled, Rescue from the Kingdom of Darkness) 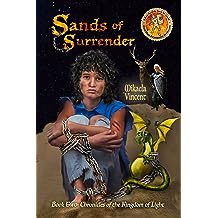 Sands of Surrender : Book 2: Chronicles of the Kingdom of Light Dec 18, 2012
by Mikaela Vincent
( 3 )
$4.99
Banished by the King of Light, Cory cannot continue the search for his kidnapped brother until he discovers a way back into the Kingdom of Darkness. When nomeds offer to take him there, he agrees, a decision which costs him his freedom and exposes a plot against his family so dangerous he may not make it out alive.

Meanwhile, Victoria sets out on her own misadventure to rescue her friend, but her decisions place those she loves in such terrible peril, Cory’s life is not the only one she must save.

A quirky dragon, a unicorn pegasus (unisus), and a winged tiger are just some of the fantastic beasts you’ll enjoy in this entertaining MV best seller Christian fantasy novel about middle school kids who leave their house near the Tree of Righteousness to go on a magic journey to truth and freedom that just might change your own life!

This second Pure-As-Gold Seal book for youth in author Mikaela Vincent’s fantasy series, Chronicles of the Kingdom of Light, uses humor and adventure to present truths that open the door to
- hearing God’s voice,
- walking in the Spirit,
- triumphing over spiritual attacks,
- finding true love,
- breaking generational curses,
- tearing down strongholds,
- abandonment recovery,
- victory over darkness,
- understanding the battlefield of the mind,
- becoming more than a conqueror,
- using winning strategies in spiritual warfare,
- finding freedom from lies, and
- enjoying intimacy with Christ.

Based on bedtime stories author Mikaela Vincent told her kids to help them draw near to Christ and become more than a conqueror in trials and other spiritual battles, the Chronicles of the Kingdom of Light series has been hailed by homeschool moms, teachers and other readers as a fun Christian fantasy alternative for teens and kids to books on minecraft, magic, vampires, or zombies; and as an excellent conversation starter for deep truths that can help transform the lives and character of kids, middle school children and teens so they can succeed in life and make wise decisions.

Although written for middle schoolers, these are also good books for kids and teens, and even adults have said they couldn't put it down. Packed full with tips for drawing near to Christ, hearing God’s voice, and walking in truth rather than Satan’s lies, these More Than A Conqueror Books are great for every Tom, Dick and Harry who loves fun fantasy adventure novels and has a desire to be molded by the Potter.

For this novel and other good books for kids and teens, visit MoreThanAConquerorBooks.com.