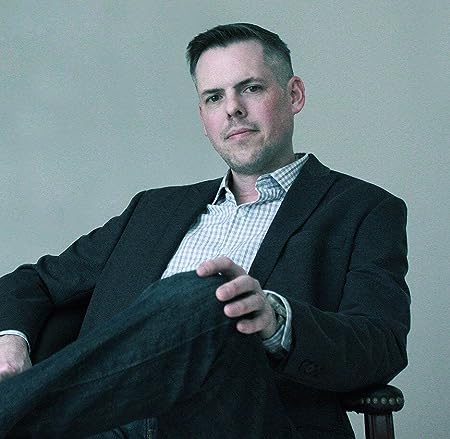 Mike Powers is a UX Designer and writer with a passion for vampire fiction, both written and cinematic. He's longed for the story of a vampire that could fit into a world without superstition, without mythology, and without magic; a world ruled by science, logic, and reason, where everything has a rational—albeit fantastic—explanation. But he also wanted vampires who mirrored the elegance and mystique that Bela Lugosi engendered in Dracula during the Golden Era of Hollywood. That is what he's brought to The Well of Gilgamesh: A Wampyr Novel.

Through his Wampyr Novel series, he will reinvent the classic monsters of Hollywood using a careful mix of historical revisionism, evolutionary science, and subtle nods to the stories that gave the original monsters their first brushes with celluloid fame.

Mike currently lives in Seattle with his wife and twin boys. 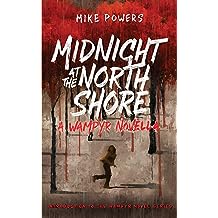 Midnight at the North Shore: A Wampyr Novella (The Wampyr Novel Series) Mar 13, 2019
by Mike Powers
( 5 )
$2.99
Coyotes and squirrels and . . . vampires? Oh my…
The remote wilderness of Minnesota’s North Shore; an oblivious young couple, blinded by love; a disgruntled friend fed up with being the third wheel; a chilling fireside ghost story and tales of psychotic vagrants lurking in the woods . . .
Do you want feral vampires? Because this is how you get feral vampires . . .
Midnight at the North Shore: A Wampyr Novella is a retroactive introduction to the Wampyr Novel Series by Mike Powers.
Read more
Other Formats: Hardcover , Paperback 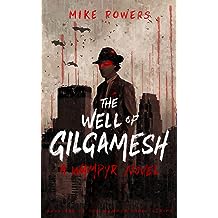 The Well of Gilgamesh: A Wampyr Novel (The Wampyr Novel Series Book 1) May 20, 2016
by Mike Powers
( 7 )
$2.99
"Riveting, compelling and spine-tingling, from the first chapter to the last, it leaves the reader eager to read on.”
-John Lauritsen, WCCO TV Minneapolis


“In The Well of Gilgamesh: A Wampyr Novel, a genre novel by Mike Powers, we are presented with a fast paced page turner that stretches back to prehistory and brings us right to the present day with a brilliantly imagined and realized alternative sense of an age old myth.”
-Judge, 4th Annual Self-Published e-Book Awards

Long before the first humans ventured beyond the Fertile Crescent a pre-Sumerian tribe of naturalists discovered the key to perpetual life through artificial selection, splicing a new branch onto mankind's evolutionary tree: a breed of humans born into darkness, fueled by bloodlust, and living the lives of gods laying the groundwork for the earliest surviving work of literature, The Epic of Gilgamesh.

Thousands of years later and set against the turbulent winter of Minnesota's Twin Cities, The Well of Gilgamesh: A Wampyr Novel is a briskly paced story that combines ancient mythology and a remarkable modern scientific theory into a vivid and stirring tale of one vampire's lethal obsession with a local musician and another's desire to repopulate the frozen metropolis with a new, deadlier breed of vampire.
Read more
Other Formats: Hardcover , Paperback