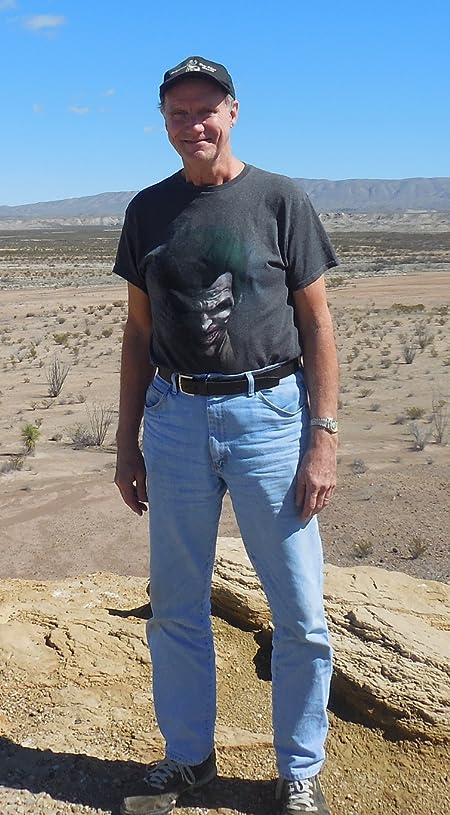 I live in the Greater Cincinnati area of southwest Ohio. My screenplay 'Hamal 18' was produced in Los Angeles and released direct to DVD. My paranormal suspense novel 'A Cold Dish' was published by James Ward Kirk Fiction. I have also published 4 novellas (including Under a Raging Moon) and 18 short stories. Links to all these are posted on my website: www.mikesherer.wordpress.com Also on the site is my travel blog 'American Locations', and information about my MG novel 'Shadytown', which is to be published January 2020 by INtense Publications. 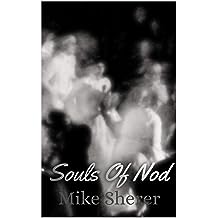 Souls Of Nod Oct 26, 2020
by Mike Sherer
( 5 )
$2.99
In the paranormal suspense/thriller novel ‘Souls of Nod’ five members of a soul family gather to carry on a conflict that has been repeated since the dawn of time. One of them will murder another member of the group, and there is seemingly nothing any of them can do to stop it from happening.In 2010, Hester has recently married Paul and moved into the house he previously shared with his former wife Flo, located in a suburban Ohio neighborhood decimated by the real estate crash. Many of the houses stand empty, and Hester has encountered ghosts in some of them. Paul scoffs, but neighbor Chanti and husband Clay have seen them, too. Hester learns from them and others about violent deaths that have happened on this land that had once been a prosperous farm, killings involving people who seem strangely familiar. Chanti tracks down Millie, an old woman who appears to know what is going on. Millie tells her about a soul family of the five ancient elements: fire, air, water, earth, and the void. In each incarnation each member of the soul family can be either man or woman, husband or wife, brother or sister, father or daughter, mother or son, or totally unrelated, or any combination of these. No matter how they are incarnated, each generation the five souls are drawn together to carry out the violence they seem destined to commit. In this latest incarnation the gathering is complete when Paul's ex-wife Flo returns. Will they continue the age-old cycle of violence they seem doomed to commit? Or will this time be different, allowing the soul family to advance on its path to Nirvana?
Read more
Other Formats: Paperback 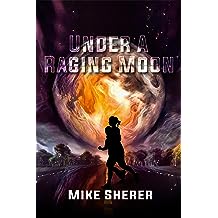 Under a Raging Moon Oct 7, 2019
by Mike Sherer
( 6 )
$2.99
A mother and her possessed son battle for their lives against a horde of demons intent on not only their destruction but the death of the unborn child she carries.

Stressed-out single mother Vivian has to fetch twelve-year old son Kody from an overnight after he gets into a fight with the friend he was spending the night with. On the way home she nearly runs over a man out for a night jog. Who ends up being run over in front of her house. When a police officer very quickly responds he shows little sympathy for the injured man, instead drawing his gun. But the jogger kills the officer first. Vivian calls for help, then flees her house with her son. Thus begins a long gory night as Vivian is hunted down by demons intent on her destruction. As the reasons for this come into focus, an extremely weird relationship develops between Vivian and her possessed son who is on the brink of death. Forget Norman Bates. This mother-son relationship is more twisted than the Gordian Knot. 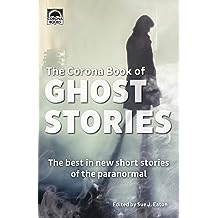 The Corona Book of Ghost Stories: The best in new short stories of the paranormal Oct 1, 2019
by Sue J. Eaton, Jude Reid, Mike Sherer, John Mueter, Ali Habashi, Phillip Drake, Matthew Gorman, Eryn Hiscock, C.M. Saunders, Angelique Fawns
( 31 )
$2.99
‘The Corona Book of Ghost Stories’ brings you the best in 21st century ghost stories. There have been plenty of books with old ghost stories from writers no longer with us, but with this book we’re bringing you something different – the best in new ghost stories, each one newly written for and set in the 21st century.

For whatever your interest in the paranormal, we all love a good ghost story and this collection brings you 16 of the best from the most talented new writers – especially selected for this book from hundreds of stories worldwide.

From a reservoir in Scotland to an opulent Italian hotel to a drab apartment block in New York State, ghosts are everywhere.

Dip your toe, if you dare, and find out what lies beneath the covers. You’ll find the dead reaching out from the past for help as well as those with vengeance on their mind. And there’s always the one who doesn’t even realise they’re dead…

It’s a collection of modern paranormal fiction at its spine-chilling best – a must read not only for fans of horror but anyone who loves a good ghost story. 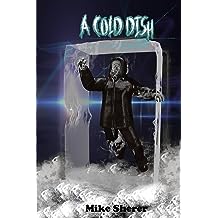 A Cold Dish Jun 22, 2016
by Mike Sherer, James Ward Kirk, Jerry Langdon
$2.99
Six strangers are drawn to Eureka Springs, Arkansas: An injured NFL quarterback, an unpublished writer, a wounded vet, a budding artist, a crooked financial adviser, and a disgraced minister, to learn they are connected in myriad ways and embroiled in a revenge plot stretching back generations, perpetrated by Timothy Thomas Franklin, a man badly injured by their grandparents, who has been exacting revenge upon their parents and them ever since. Soon he will victimize the coming fourth generation - their children, and his revenge is of Biblical proportions--the end of the world.
Read more
Other Formats: Paperback