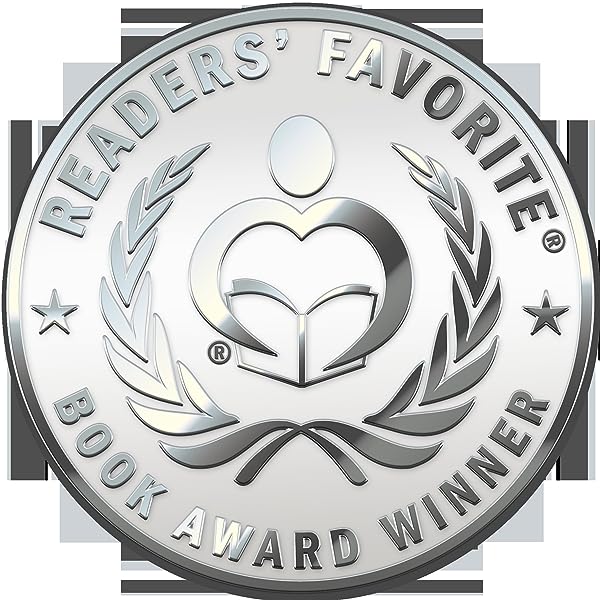 Gr 9 Up—Just before her 18th birthday, Milayna starts having odd visions. She sees bad things before they happen and wonders if she is going crazy. Her best friend, Muriel, notices and tells Milayna's parents, who inform her that her friend is a demi-angel and coming into her powers. Not only is her father a fallen angel, making her half angel, but she is also surrounded by other teenage half-angels, including Muriel. Together they make up a small gang, pitted against Azazel, the fallen angel of the underworld, and his minions. When Milayna is 18, she will become the strongest demi-angel in existence, which is why Azazel wants to take her powers. Demi-angel powers include telekinesis, emotion reading, and life-saving visions. When battles of good vs. evil begin, it is full-out street warfare. Chay, a searing hot demi-angel, is charged with protecting Milayna (as all the demi-angels are), and a love story blooms during the pivotal seven weeks before her birthday. Azazel uses his powers of persuasion to compel members of Milayna's angel posse to switch sides. Crumbling alliances make the teen unsure whom she can trust as she contends with crippling visions and her own conflicting feelings about being a demi-angel. The story is decently paced, between days at school, hanging out at the mall, raucous battles, and gooey love scenes. Refreshingly, Milayna's parents are present and help her. Unfortunately, the characters are flat and their motivations are sketchy at best. The plot is pitted with glaring holes, which will leave readers frustrated. This is the first novel in a series, so perhaps characters and plot will develop solidly in future books. VERDICT Despite a popular premise, this novel falls short.—Mindy Whipple, West Jordan Library, UT

Raised in Flint, Michigan, Michelle now resides in a sleepy suburb of Houston with her extremely supportive family, a 125-pound rescue "puppy," and a 12-pound attack cat, also a rescued pet. She is currently working on her next novel and eating copious amounts of peanut butter M&Ms while doing so (but we'll keep that second part just between us).
Start reading Milayna on your Kindle in under a minute.

3.9 out of 5 stars
3.9 out of 5
36 customer ratings
How does Amazon calculate star ratings?
Amazon calculates a product’s star ratings based on a machine learned model instead of a raw data average. The model takes into account factors including the age of a rating, whether the ratings are from verified purchasers, and factors that establish reviewer trustworthiness.
Top Reviews

Sharon L Hughson
4.0 out of 5 stars Teenage demi-angels and romance
Reviewed in the United States on November 13, 2015
Verified Purchase
This book earns a solid four out of five stars from me.
What I liked:
Milayna is likable and relatable. Her plight is gripping and unexpected (especially to her). Other than Chay, I found most of the characters cardboard cut-out and thus wasn't as engaged in the story as I would have been if there was an entire cast who compelled me to read on.
What I questioned:
I thought the kids couldn't be influenced after 18, but every one that turned to the "dark side" was over 18.
Many of the reactions seemed over-the-top, but it was written from the perspective of a teenager girl (go, hormones!)
The relationships (other than the romantic one) could have been developed more so the "shocking" turn at the end would have had more impact.
My gripes:
A vision at the end of the book. Really? Because there's no other way to convince readers that they should read the second book.
You all know how I feel about cliffhangers for the sake of getting people to buy the next book.
My recommendation:
This is a great paranormal YA read without language, the violence isn't graphic and there's nothing more sexual than innuendo. If you like the angel/demon battle, you'll want to read this. It offers up a different-than-usual scenario for why it happens on Earth

Liz in FL
3.0 out of 5 stars Interesting take on angels/demons
Reviewed in the United States on April 23, 2018
Verified Purchase
I rented this as I liked the description and cover art. But the author really made this longer than it needed to be. also if your are going to be 1/2 angel or 1/2 demon you would typically have healing powers. That these poor high school kids have to take part in “rumbles/throw downs” on a nightly basis is silly. I will give book 2 a try to see where it goes but I do agree with other reviewers that it’s is jumpy and juvenile. But I applaud the author for doing what we can’t - getting the book published and read. The main characters are quite likeable.
Read more
Helpful
Comment Report abuse

M. Snow
5.0 out of 5 stars Your next book boyfriend!
Reviewed in the United States on March 29, 2015
Verified Purchase
I've been looking forward to this one for ages because I love Michelle's work! This was a seriously fun read, and I loved the world and characters that populate it. Milyana is hilarious and strong willed, and I loved her for those things. She goes through some serious craziness throughout the book, but handles it well. And then there's Chay. Michelle has a way of creating book boyfriends that you really, really wish would walk out of the pages (and maybe be a decade or so older.... ;). But, yeah, he's swoon-worthy for sure. His and Milayna's relationship was just so sweet--it's nice to see a good, healthy relationship in YA, ya know? Something that I wouldn't be horrified to have a child of mine experiencing (or, for myself, because let's be honest here!). Anyhow, I can't wait for the next two books in the series and definitely recommend this one to those who enjoy some butt-kicking female leads, great chemistry, and all kinds of fun!
Read more
One person found this helpful
Helpful
Comment Report abuse

Raven Mortir
4.0 out of 5 stars Interesting fantasy world!
Reviewed in the United States on April 21, 2018
Verified Purchase
The narration at the beginning was hard to get used to. It was VERY juvenile and outrageously jumpy with the extreme switches of the protagonist’s emotions. It threw me out of the story more times than I care for when I’m reading an author I’ve never read before.

However, once you get through the first third of the book and all the tween angst has been “dealt with” it picks up speed and gets interesting with character development and plot.

To reiterate: be prepared for eye rolling, sighs of disgust, and silent pep talks to get you though the beginning, but the rest of the book I do consider worth the effort for the unique world the author has created.

Dori Miller
3.0 out of 5 stars Interesting
Reviewed in the United States on April 7, 2018
Verified Purchase
Not too badly written, but the author makes use of identical descriptive passages too often. The premise is interesting, but tries to sell itself much too hard... kinda felt like that same tired 3am infomercial. Not a bad read, but just not quite able to make me suspend my disbelief long enough to read the next one in the series.
Read more
Helpful
Comment Report abuse

maebelle
3.0 out of 5 stars Full of action
Reviewed in the United States on October 28, 2015
Verified Purchase
I was excited to read this. Angels vs demons always gets my brain moving in overdrive. I liked this novel. It kept me entertained. I was actually surprised a bit because normal ya novels tend to bog down with a lot of drama. This novel really balanced action with drama and the high school dramas were resolved very quickly instead of being drawn out. I would definitely pick up the second to see where things end up.
Read more
One person found this helpful
Helpful
Comment Report abuse

Victoria Paine
5.0 out of 5 stars Suspense filled better than an endless bag of m&m's
Reviewed in the United States on July 25, 2018
Verified Purchase
A mystery, sci fi with angels, whatever the genre couldn't put this one down until the story was complete. Strong yet vulnerable female main character with a supporting cast of friends. Action moved the storyline along with twists of fate to keep you reading. No doubt M would triumph but what casualties would happen during the journey.
Read more
Helpful
Comment Report abuse

Alice
4.0 out of 5 stars Milayna
Reviewed in the United States on October 6, 2018
Verified Purchase
This book had some interesting twists and turns. A bit different take on heaven and hell, angels and demons. The main characters are in high school.
Read more
Helpful
Comment Report abuse
See all reviews from the United States

Karina Uí Fhlaithbheartaigh
5.0 out of 5 stars Amazing
Reviewed in the United Kingdom on April 10, 2018
Verified Purchase
This book is one of the best books I have ever read on my kindle. I have bought all three books in the series and each book is just as good if not better than the next. It has a captivating storyline and the perfect combination of fantasy and romance. This first book is free so why not give it a try.
Read more
Helpful
Sending feedback...
Thank you for your feedback.
Sorry, we failed to record your vote. Please try again
Report abuse

Violet Moon
5.0 out of 5 stars Great read
Reviewed in Canada on April 6, 2018
Verified Purchase
This was a great read. I liked the charectors and how they reacted and paired well with each other and situations in the story. The relationship between Chay and Milayna was nice and added a little romance but wasn't the main focus which was nice. All in all it was pretty darn good.
Read more
Helpful
Sending feedback...
Thank you for your feedback.
Sorry, we failed to record your vote. Please try again
Report abuse

Nikki
5.0 out of 5 stars Must read!
Reviewed in Canada on December 9, 2015
Verified Purchase
Great book!!! This book kept me guessing all the way til the bitter end, to not know who is on your side until it's too late. Read this book, while I start book 2 :)
Read more
Helpful
Sending feedback...
Thank you for your feedback.
Sorry, we failed to record your vote. Please try again
Report abuse

Prachi pande
5.0 out of 5 stars A very good book
Reviewed in India on September 2, 2018
Verified Purchase
This is an amazing book
And after you finish it try ‘THE FALLEN STAR ‘ by Jessica Sorensen
Read more
Helpful
Sending feedback...
Thank you for your feedback.
Sorry, we failed to record your vote. Please try again
Report abuse